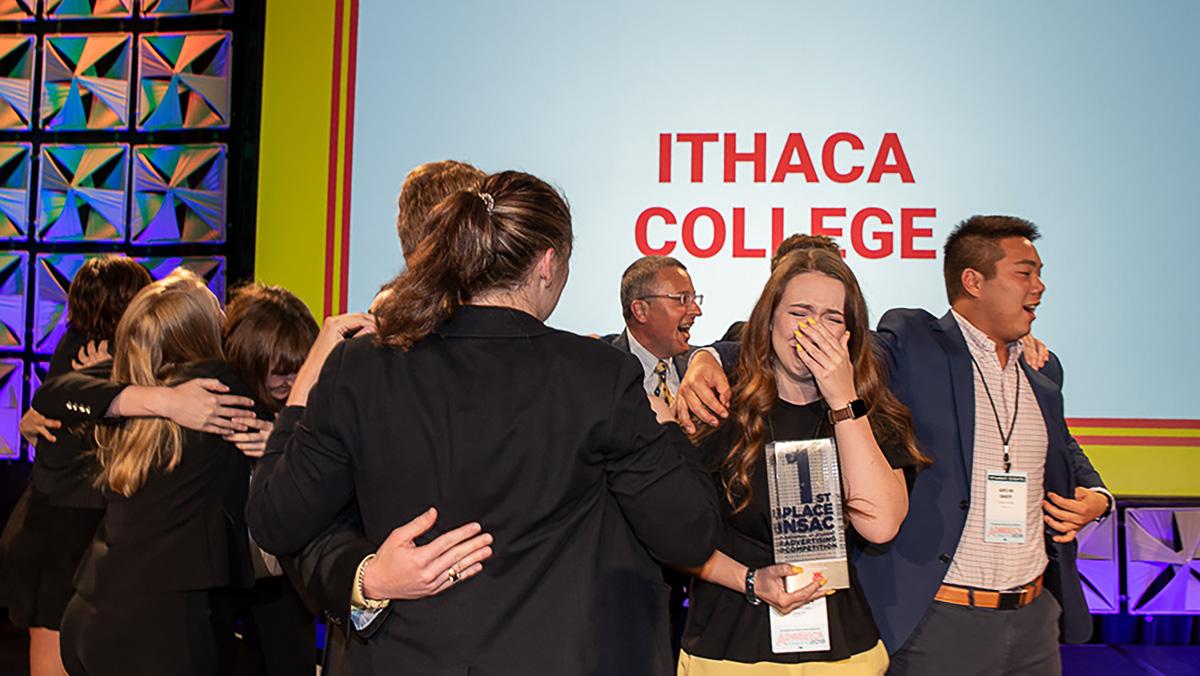 Standing out among over 2,000 advertising and marketing college students, its campaign for Wienerschnitzel took home first place in June, with Liberty University coming in second and Syracuse University in third. This year, the competition tasked teams with creating a campaign for Wienerschnitzel — the world’s largest hot dog chain — focused on dismantling negative perceptions surrounding hot dogs; these include the notions that hot dogs are made from leftover remnants of animals after they are slaughtered and that hot dogs are unhealthy. The team’s campaign, titled “Defend the Dog,” put the hot dog on trial and thus found the hot dog innocent of charges and guilty of being delicious. It has been 26 years since the college last won this competition.

Carlie McClinsey ’19, co-chair of the Ad Lab team, said that coming in first place and having the team’s work pay off were some of the greatest moments of her college career.

“That moment was by far the most surreal and incredible moments I’ve experienced,” she said. “We had not won this competition in quite a long time, so we went into the competition fully anticipating we weren’t going to win.” 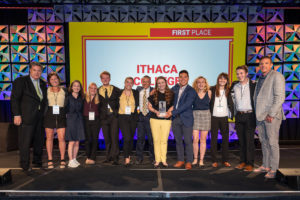 “When we won nationals, everyone was sobbing,” StClair said. “When you win, you kind of forget all the pain and work you had to go through to get to that point.”

Beginning Fall 2018, some of the college’s students joined AAF’s NSAC by enrolling in a one-credit mini-course for integrated marketing communications students taught by Lisa Farman, assistant professor in the Department of Strategic Communication. Farman said this course was designed as a platform to conduct research prior to the college’s Ad Lab capstone course, which was offered in the spring semester.

Farman said this was the first year a course has been offered as a preliminary option for Ad Lab. She said she thinks this course was beneficial in creating a comprehensive campaign that impressed Wienerschnitzel.

“In past years, Ithaca College has been at a bit of a disadvantage because most schools who compete in the competition work on the case for a full year, and, historically, we at Ithaca College only work on it for one semester,” Farman said. “So we came up with the idea of a one-credit course to get a jumpstart on the campaign.”

Hamula said that by the time the Ad Lab students decided on their final idea, the team only had two to three weeks left before the deadline.

“It was so last minute and just serendipitous,” he said. “When you come across a really great big idea, you can tell because hands start going up with ideas based on that big idea; … that’s what happened here.”

The team submitted its 21-page campaign just in time for the deadline. It made it through the three rounds of competitions: the district-level round, the semifinals and the finals.

McClinsey said the team of students worked arduously to create a campaign that impressed the client.

“I can say for every member of the team, you put your blood, sweat and tears into an entire semester,” McClinsey said. “We were in the Park School frequently until at least midnight.”