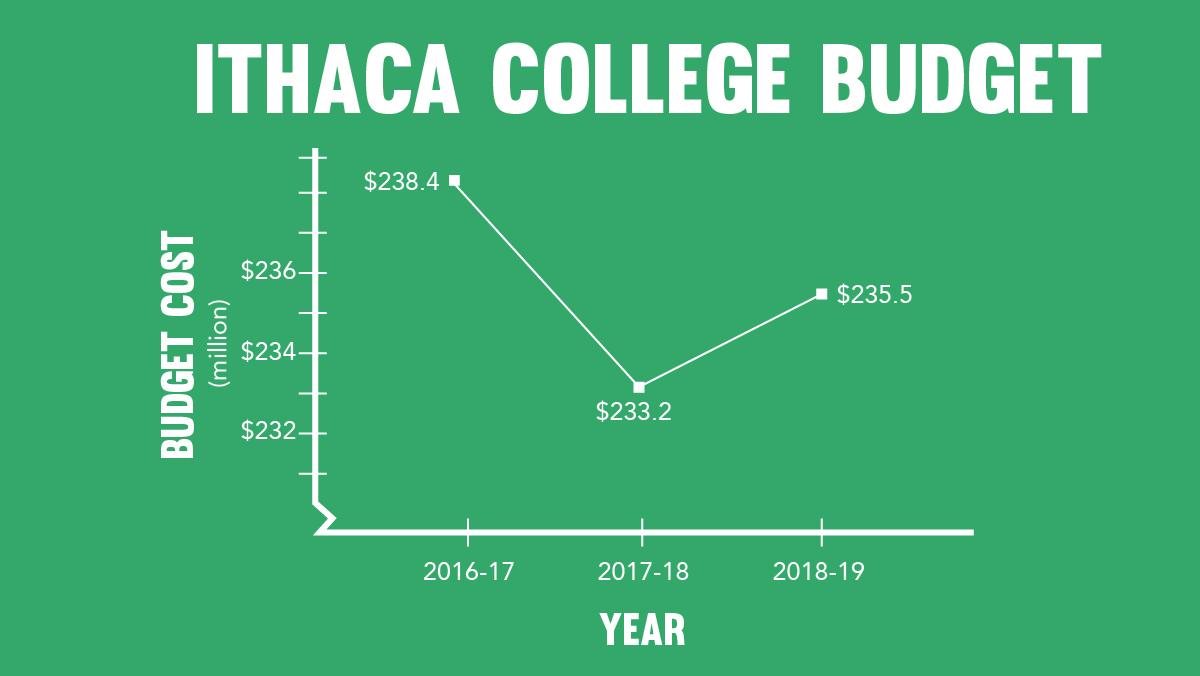 The 2018–19 fiscal year budget for Ithaca College was unanimously approved March 27 by the Board of Trustees.

The $235.5 million budget is an increase of $2.3 million over the forecasted amount for the fiscal year 2017–18, which was a 1.6 percent decrease from the 2016–17 budget of $238.4 million. The board announced in October that the cost of tuition for 2018–19 would be $43,978, which is the lowest increase of the college’s tuition on record. The budget took longer than usual to get approved because the administration strive to support student success, Dave Maley, senior public information officer at the college, said. The budget is usually passed at the February board meeting. There was nothing specific in the plan that held the budget from being passed, Maley said.

The salary pool increase from faculty and staff is a 2.5 percent increase with a 1.75 increase for full general merit and up to .75 percent for additional merit which is the same increase from the previous 2017–18 academic year. There will also be allocations for new strategic initiatives including the Constituent Relationship Management System, which aims to improve enrollment, retention and student learning at the college, and Enterprise Resource Planning System, which aims to better manage human resource and finance functions in relation to information technology.

The budget will be posted online in mid-April, and the annual Dollars and $ense meeting will happen following its release, according to the announcement.