City of Ithaca will hire gorge patrols for summer 2016 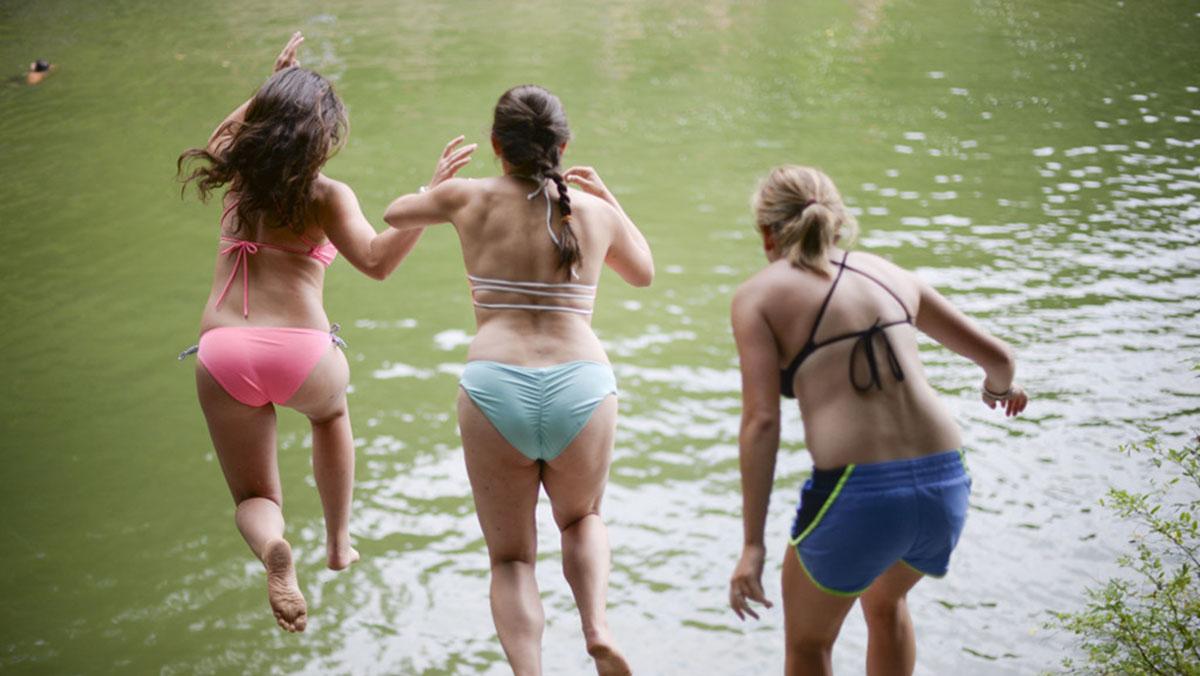 TOMMY BATTISTELLI/THE ITHACAN
Three friends jump into the water at Second Dam together. Incidents of drug use, alcohol consumption and injuries at locations along Six Mile Creek have prompted the City of Ithaca to implement a new plan to crack down on illegal swimmers.
By Annie Estes — Staff Writer
Published: May 1, 2016

Incidents of drug use, alcohol consumption and injuries at locations along Six Mile Creek have prompted the City of Ithaca to implement a new plan to crack down on illegal swimmers. However, some Ithaca College students question the impact the plan will have.

Julie Conley Holcomb, a City of Ithaca clerk, said the city will hire four gorge rangers who will patrol First, Second, and Third Dams along the creek. Holcomb said patrols will begin in May and continue until September, though the exact dates are not confirmed. The rangers, equipped with body cameras and police radios, will patrol seven days per week and aim to disperse large crowds that gather to swim, mitigate drug and alcohol use and address safety issues. The rangers will issue tickets to those who they find swimming in the gorges or performing other illegal activities.

Although swimming is the most common issue, Holcomb said, several tents have been found in the area containing hypodermic needles, sometimes used to inject heroin, and evidence of alcohol consumption. In addition, there have been several deaths reported, the most recent being 20-year-old Eric Richardson, a Cortland High School graduate, who died after jumping from the ledge at Second Dam in July 2015.

Holcomb said the city is looking to hire students from Tompkins Cortland Community College’s criminal justice, environmental conservation and natural resources programs as an opportunity for them to get hands-on law enforcement experience. She said although the city currently does not have all of the logistics of the plan worked out, it hopes to hire rangers to patrol between noon and 8 p.m., which she said is when the most criminal activity has been detected around the areas in the past. The plan also involves adding signage to the areas so emergency medical technicians can more clearly identify the location of those at the dams.

However, several students at the college have expressed doubt in the plan’s effectiveness. Sophomore Zoe Beausoleil, who was injured after jumping from Second Dam in summer 2015, said although her injury changed her attitude toward cliff jumping at the dams, she does not see the new program stopping students from gathering there.

Junior Adam Sharabi said he also believes the plan will not be as effective as the city hopes.

“I think that … theoretically, it’s good in terms of safety, but realistically it’s not going to stop people from going and drinking and doing other things at Second Dam or any dam,” he said. “So I overall think it’s not going to help.”

Sophomore Julia Shats said the Ithaca experience would change if the plan is successful.

“I understand that jumping off the cliffs is dangerous and people have died or become injured, but the majority don’t,” Shats said. “And it’s such a big part of the culture here that I feel like it would be so weird if that isn’t there anymore.”