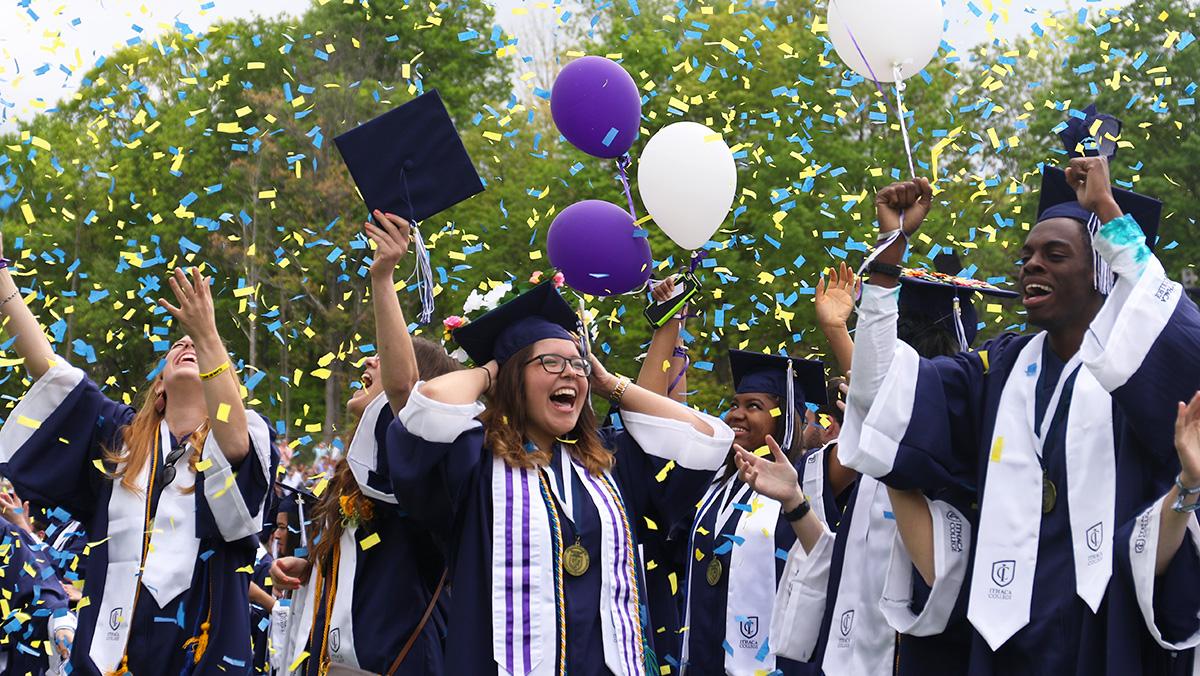 Connor Lange/The Ithacan
Members of the Class of 2017 celebrate during Ithaca College's 122nd Commencement ceremony on May 21. In previous years, graduates neither had their names read nor walked at Commencement.
By Madison Fernandez — Assistant News Editor
Published: January 24, 2018

The Ithaca College Commencement Committee has announced that the Class of 2018 will walk and have their names read at the college’s Commencement ceremony.

In previous years, students would be recognized in groups by standing with the school from which they were graduating.

The announcement was released on Jan. 24 as an update on the college’s commencement website. In a letter from President Shirley M. Collado and co-chairs of the committee — Dave Prunty, executive director of auxiliary services, and Doreen Hettich-Atkins, director of strategic planning and administration — the committee said that it made the change with the intent of having a more student-centered Commencement ceremony.

The committee also acknowledged that the ceremony will be longer as a result of the change. The duration of previous ceremonies was approximately 60 to 75 minutes.

In October, a group of Ithaca College parents created a petition on Change.org, asking the college to allow students to walk across the stage. In November, the committee sent a survey to the campus community and held an open forum to gather opinions regarding the potential changes.

The Commencement ceremony will take place on May 20, 2018.