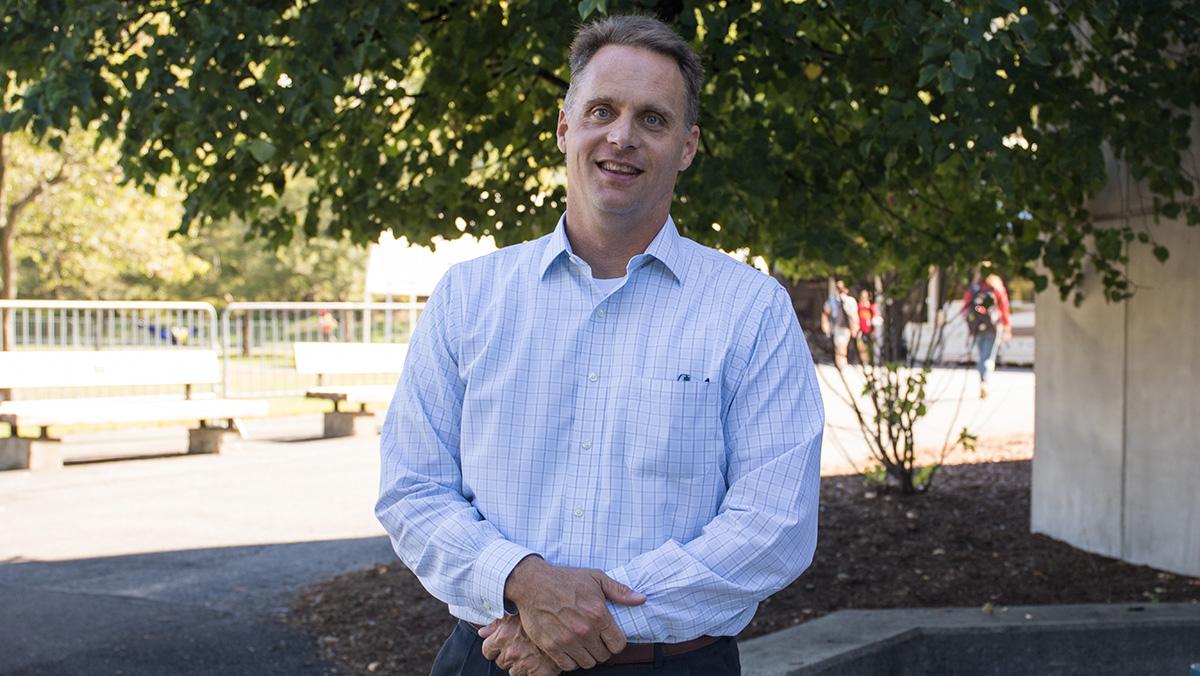 File Photo/The Ithacan
Greg Lischke, director of the Office of Energy Management and Sustainability, said the college is on track with its plan for carbon neutrality by 2050, but the planet will likely reach a temperature threshold by 2030.
By Cody Taylor — Staff Writer
Published: September 11, 2019

Greg Lischke, director of the Office of Energy Management and Sustainability, said the college is on track with its initial plan to be carbon neutral by 2050, but the planet is likely to reach a temperature threshold by 2030. This temperature threshold could result in groundwater depletion and the loss of mangrove trees, which provide coastal protection from storms and rising sea levels, according to NASA. The new plan is to be 45% carbon neutral by Spring 2020, Lischke said. It is unclear if the college will adopt 2030 for carbon neutrality in the strategic plan. Lischke said the campus community can expect an update on the strategic plan implementation later this semester.

The boilers responsible for 15–20% of the college’s carbon footprint will help substantially lower the college’s emissions because it is a newer more efficient boiler. Lischke said new boilers were installed in Job Hall over the summer and are now active.  There was also a demand control ventilation system added to Textor Hall that pumps in fresh air based on the number of people in the room, Lischke said. He said because of the new system, the college will see a reduction in scope one emissions, which are direct emissions from owned or controlled sources.

Because of Green-e certified electricity, energy efficiency projects and the Geneva solar farm, the college was able to reduce its carbon use by 45%. Lischke said the college has been purchasing Green-e power since February 2018 and can measure its effectiveness once the 2018–19 fiscal year report is sent out.

Evans said even though the college has been on track with its goals, several factors are keeping the college from the quickest route to carbon neutrality.

“What’s working against us now are the harsh New York winters and relatively inexpensive availability of natural gas compared to the large investment — financial, time and campus infrastructure — that would be required to switch to renewable heat,” Evans said.

Lischke said that becoming completely carbon neutral will be challenging because of the high infrastructure costs needed for electrical upgrades. Lischke said he is unsure of the exact cost.

“One of the wild cards that we have in our footprint is the natural gas we need for heating,” Lischke said.

Lischke said the college could lower its carbon footprint to approximately zero if it replaced the older boilers with electric boilers or installed an electric geothermal system to replace natural gas. Geothermal heating/cooling systems are based on an air source or a ground source. Both sources use refrigeration systems while the ground source also uses the constant temperature of the earth as a heat sync.

Evans said the college could pay to be carbon neutral now, but it would have to purchase carbon offsets from a company such as Terrapass for $11 per metric ton. Carbon offsets are reductions in carbon dioxide made to compensate for emissions made elsewhere. The college does not believe this is the smartest way to achieve net zero, Evans said.

“We want to find ways to mitigate whatever emissions we aren’t able to find solutions for in ways that positively impact our local communities,” Evans said.

“The strategic plan will ultimately inform how viable of an option that is,” Lischke said.  “If nothing else mattered to the college except being carbon neutral by 2030, it would happen. There are a lot of potential competing priorities that this strategic plan is going to identify.”

Carey said sustainability has been a very important issue for the college, and it is important that we stay focused on this issue while moving forward.

“Sustainability is one of the core values enshrined in Ithaca College’s strategic plan, and the implementation of that plan will help chart the college’s path forward on this important issue,” Carey said.

Correction: A previous version of the story said “The boilers responsible for 15-20% of the college’s carbon footprint will help substantially lower the college’s emissions by operating on electricity instead of natural gas. Lischke said new boilers were installed in Job Hall over the summer but are not active yet. They are expected to be running by Spring 2020 and will run mostly on electricity instead of natural gas.” The story has been corrected.

College gets input from community for strategic future