Collado hosts event for community after violence across country 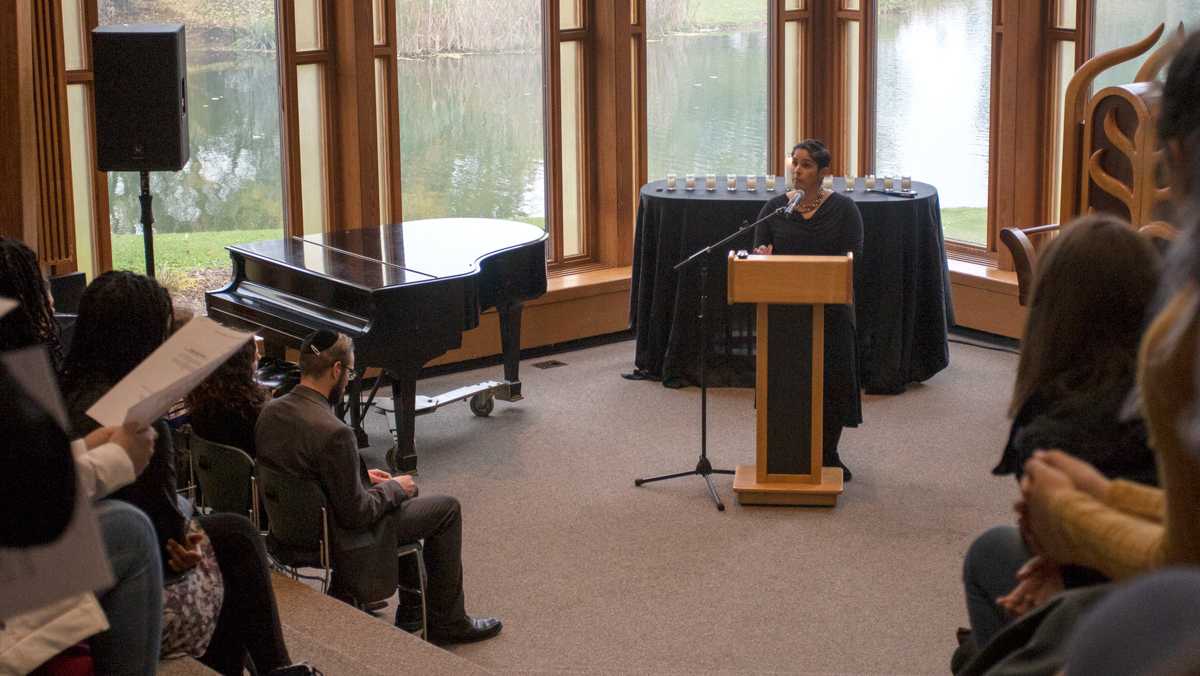 Ithaca College President Shirley M. Collado hosted a gathering Oct. 31 in Muller Chapel to bring the campus community together in the aftermath of a series of violent events that occurred across the country.

Collado organized the vigil following the shootings that killed 11 Jewish worshippers in Pittsburgh on Oct. 27 and two people of color in Kentucky on Oct. 24, as well as the series of pipe bombs mailed to politicians, a media outlet and other individuals. Hillel at the college prepared the programming for the service, which included poems, prayers and a time of reflection and community building in which attendees spoke with each other about their reactions to the events and were able to support each other if needed. Approximately 100 people attended the event.

Cantor Abbe Lyons, Jewish chaplain at Muller Chapel, opened the gathering with a song called “Olam Chesed Yibaneh,” which translates to “We Will Build This World from Love.”

Collado then spoke about what the tragedies revealed about American society.

“Too frequently, we see this news of violence around our country and encounter hateful speech and inexcusable actions at people based on their identities and their beliefs,” Collado said. “As a society, I want us to do better.”

Hierald Osorto, director of religious and spiritual life, followed Collado with a poem by Roque Dalton called “Como Tú,” which means “Like You.” The poem describes human experiences that unite all people, like laughter, tears and poetry.

“We gather today in Muller Chapel because this space calls us to pause, to be still,” Osorto said. “Here, the IC campus can hear its heartbeat. In this stillness, we can feel the life pulsing through our collective heart, the lives of our students, staff, faculty and more. The lives of the 11 worshippers killed in Pittsburgh swell in our heartbeats.”

Senior Lindsey Davis, who is from the Pittsburgh area, said the shooting hit close to home. Immediately after hearing the news, Davis texted her friends and family who live in Pittsburgh to ask if they were safe, she said.

“You never think it’s going to happen close to you,” Davis said. “And then it did, so I was kind of in denial. I was watching the news, and I was like, ‘Oh, this is really real.'”

Freshman Julia Ganbarg, a member of Hillel, said she felt numb when she heard the news of the synagogue shooting.

“We keep hearing about all these shootings, so there wasn’t the sense of shock,” Ganbarg said. “This happens so often in our country that I’m kind of used to it by now.”

Ganbarg said the Jewish community needs to come together in the wake of the shooting.

“We’re going to keep uniting and making change,” she said. “Sometimes these issues are above us, but we’re going to be doing everything we can to be tackling them together as a community.”