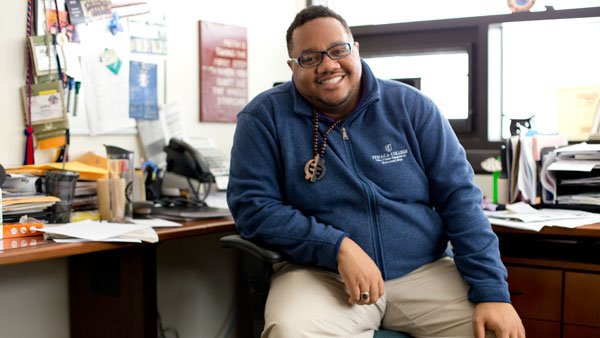 Ithaca College will kick off Black History Month celebrations Jan. 31 under the theme of “Sankofa,” an African symbol that reminds people to look forward without forgetting their pasts.

Each year, several departments and student organizations across campus plan and program Black History Month events. This year, the African Latino Society played a major role in organizing eight events, including creative performances and public talks that fall within this cultural theme signified by a bird reaching forward while looking backward.

Junior Marc Gonzalez, the treasurer of the ALS, said the club’s goal through these celebrations is to create dialogue.

“[We want to] foster a lot of conversations and spaces for things that aren’t talked about in the wider campus community,” he said.

John Rawlins III, the assistant director of the Office of Student Engagement and Multicultural Affairs and adviser of the ALS, said these celebrations are an opportunity for the college to celebrate various cultures on campus.

“This is something that unites us in celebration,” he said.

Sophomore Lia Munoz, internal affairs officer of the ALS, said the first kickoff event is the “Winter Wonderland Ball,” which will be held at 8 p.m. Jan. 31 in Emerson Suites. The first event in February will be a “Day of Remembrance,” when the ALS will honor its roots and the history of the African Diaspora.

“The vision is to clear out confusions about why we even have these events and set a good foundation for the rest of the month,” Munoz said.

A performing arts group called “Step Afrika” will come to campus from Washington, D.C., on Feb. 18 for a performance fusing South African dance and music with American stepping.

As part of the month’s celebrations, the LGBT Resource Center will screen the film “Brother Outsider,” which explores the life of Bayard Rustin, a civil rights activist who stood side by side with Martin Luther King, Jr. Rustin identified as a gay man but was forced to put that aside to gain the freedom of his cultural and racial identity.

Munoz said her student organization has felt the stress of putting together these celebrations because of the complexity of planning multiple events, but at the end of the day, the effort was worth it.

“We are bringing a lot of important topics to the table, as well as providing a fun space at the same time,” she said. “Toward the end of February, we will be throwing a few general body meetings for people to come and have a more relaxing space. The goal is to let people decompress and give them room to speak.”

Rawlins said he does not expect Black History Month to completely change people’s perspectives on different cultures, but it will at least give people a glimpse of new perspectives.

“Ithaca College has done great over the years to have more students of color on campus,” he said. “I would also say it’s not just in numbers, but it’s in how we interact with each other … We have to always remember that the college campus is the greatest place to start these conversations.”