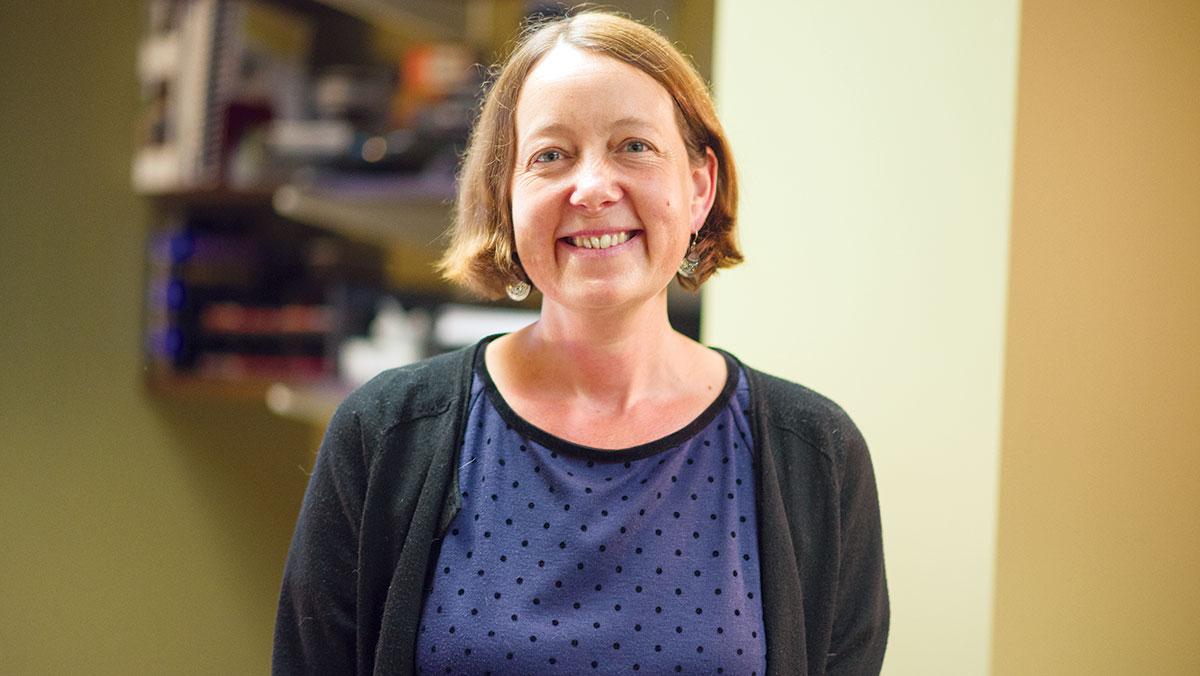 Ithaca College has selected Nicole Koschmann as the new director for the Park Scholar program, who officially filled the post Jan. 21.

Koschmann, previously the education outreach coordinator at the Mario Einaudi Center for International Studies at Cornell University, is an award-winning filmmaker with a master of fine arts degree in film from the College of Visual and Performing Arts at Syracuse University. She is replacing Jim Armstrong, interim director, who assumed the position after former director Matt Fee left the college Aug. 29, 2014.

Diane Gayeski, dean of the Roy H. Park School of Communications; Roger Richardson, associate vice president and dean of student affairs and campus life; Bailey Reagan, assistant to the president; and Todd Schack, associate professor of journalism, served on the search committee that brought Koschmann to the college. Gayeski said initially, the team was nervous about attracting candidates due to the timing of the search, happening mid-academic year. But what they found surprised them, she said.

“If we had searched for three years, we wouldn’t have found anyone better,” she said.

For the Mario Einaudi Center, Koschmann said she did extension work, bringing her research on international issues to the surrounding Cornell University community. Gayeski said this, combined with Koschmann’s professional experience as a filmmaker and her connections to the local community, made her stand out as a candidate.

“She has had a successful career in both teaching and community service,” Gayeski said. “It’s very unusual to find someone who has both.”

Schack said the decision to select Koschmann was unanimous among the committee members. In addition, he said there is a new requirement this year for the Park Scholar director to teach at least one academic course per semester outside of the Park Scholar freshman seminar.

Gayeski said Koschmann will be teaching a film course in the future, which will not be exclusive to Park Scholars.

For Koschmann, this will be a chance for her to get back to the area of communications for which she is most passionate, she said.

“I was greatly missing working with people in the field of media,” she said. “When I saw this job advertised, I just couldn’t believe how perfect it was.”