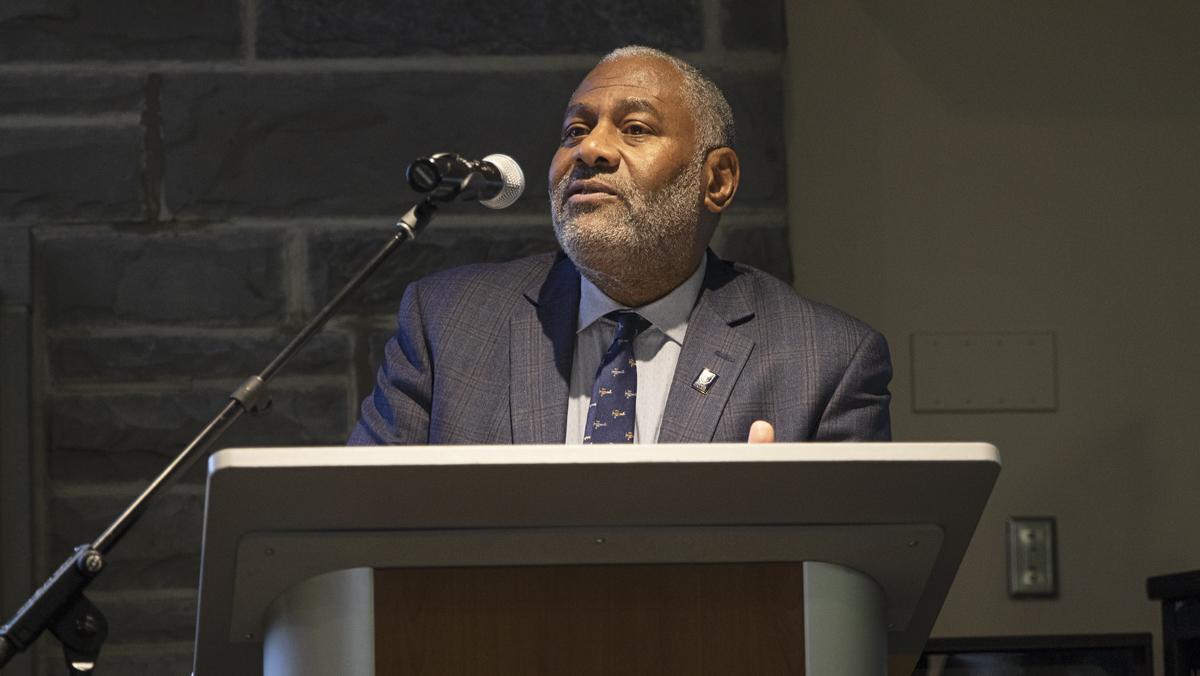 The Campus Center redesign is in its early stages — there is currently no estimate for how much it will cost or how long it will take. At the sessions, a presentation was delivered which detailed what has been done so far. It also showed data from a student survey and laid out what consistent themes were found in over 35 focus group sessions. The committee will hold another town hall meeting April 25 to show the specific concept designs to the college community.

Vincent Nicotra, an architectural partner with QPK Design, the architecture and engineering firm that is working with the college to redesign the Campus Center, led the presentation. He said QPK’s goal is to reimagine the current Campus Center and change it into a center for student activity on campus. The Campus Center has been criticized by the campus community for being too small and lacking functionality, among other issues.

Nicotra said one focus of the redesign is to make Campus Center more sustainable by reducing the use of fossil fuels. He said they are exploring the idea of creating a geothermal energy well field near the fitness center and the parking lot to serves as the Campus Center’s energy source.

“There’s a big consideration for sustainability and reducing the carbon footprint,” Nicotra said. “One of the things we’re looking at very strongly is geothermal, it’s a nontoxic fuel-based way of heating and cooling buildings.”

Nicotra presented the results of a student survey that was taken in February. He said 1,030 students took the survey, which is about 16 percent of the undergraduate students on campus. He said the survey found the majority of students go to the Campus Center for a reason other than dining, like studying and socializing with other students.

“Half of all students use Campus Center as a study space,” Nicotra said. “They go there because they want to study. Sixty-seven percent of IC Square is used for something other than dining. So they’re using it as a recreational social space, and that creates issues with crowding if you’re trying to eat there. But, it’s a comfortable space, so that’s informative for the kind of space we need to create.”

Nicotra said QPK is considering both tearing down the building and constructing a new one, as well as redesigning the building as it is.

“We’re looking at both ways,” Nicotra said. “We understand — hopefully the campus understands — ultimately, you have to be able to pay for the project.”

Sybil Conrad, director of Campus Center, said redesigning the Campus Center will make it more appealing to potential students while on campus tours.

“Right now, we only run tours through only a small part of the Campus Center, because if we brought them into any stairwell, it would look like a middle school locker room with a bunch of different shades of brown tile, poor lighting,” Conrad said. “It is not the place that we want to showcase as their potential new home.”

Conrad said accessibility is one of her top concerns in the redesign and promised to do everything in her power to solve current accessibility problems in the Campus Center.

During the second event, junior Alianna Becerra expressed her concerns about the importance of accessibility for students with physical limitations. Becerra works in the Phillips Hall Post Office and said those employees are often asked by students what alternative accessible access points there are to the Campus Center.

“There’s one student who comes in very frequently who is actually looking at transferring because of how difficult it is to get around on this campus,” Becerra said. “So I think [accessibility] is really important, not only for the ease of students, but because we are losing members of our community because this is such a difficult problem for them.”

Nicotra agreed with the importance of accessibility and said that the design committee has met with Student Accessibility Services to make sure that the building is easily accessible to everyone.

Freshman Nicole Brooks, who attended the second event, said she liked the ideas presented at the town hall, but added that she is concerned that there is not enough space to implement these ideas.

“I’m worried it might be unrealistic,” she said. “I do think that revamping CC is important and a step in the right direction. The fact that they are getting students involved is amazing and a really exciting thing to see. It’s nice to know that Ithaca College genuinely cares about our needs and desires.”