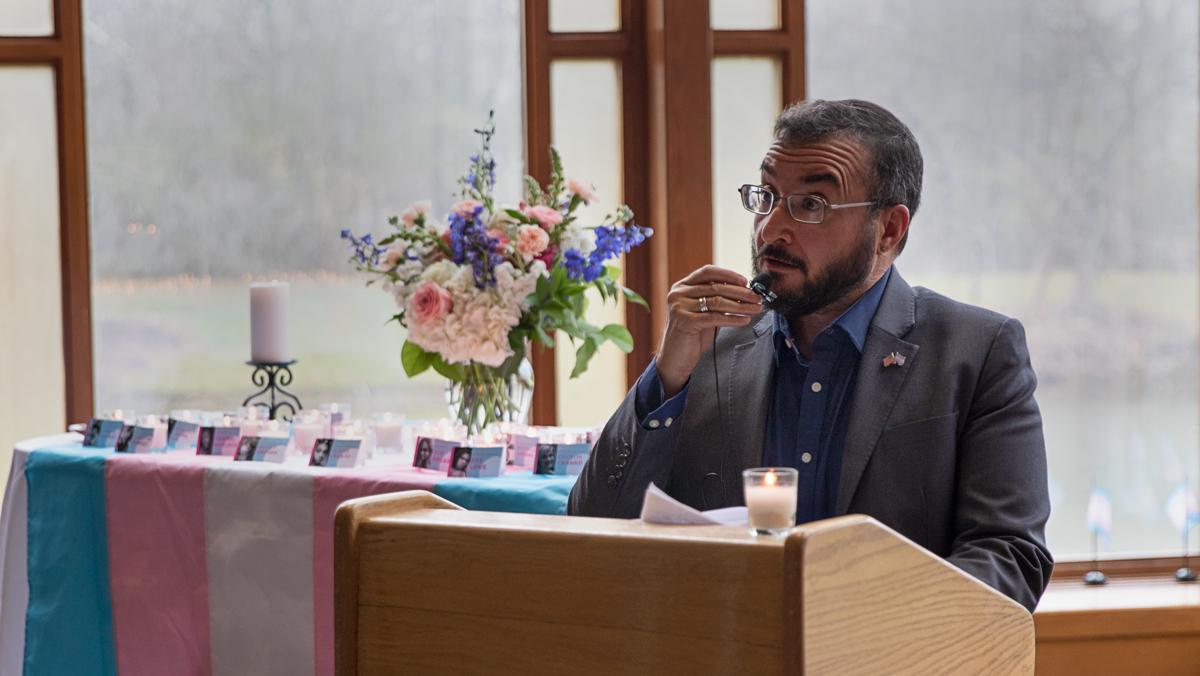 Members of the Ithaca College community gathered at Muller Chapel on Nov. 20 for a memorial service that honored the lives of transgender and gender–nonconforming people who lost their lives as a result of violence.

The Office of Religious and Spiritual Life and the Center for LGBT Education, Outreach and Services hosted the event.

Transgender Day of Remembrance is observed annually on Nov. 20. It started after the 1998 murder of Rita Hester, a prominent member of the transgender community in Boston. Hester was murdered in her apartment Nov. 28, 1998. Her murderers were never found. In 1999, advocate Gwendolyn Ann Smith coordinated a vigil to not only commemorate Hester but for all who lost their lives to anti-transgender violence.

In 2018, violence against the transgender community resulted in at least 26 deaths of transgender or gender–nonconforming individuals, the majority of whom were transgender women of color.

Hierald Osorto, director of religious and spiritual life, opened up the gathering at Muller Chapel.

“This gathering affirms the brilliance, resilience and power of transgender and gender–nonconforming people to transform society at its roots,” Osorto said. “Together, we bear witness to the renewable resource of community, to the deep wells of joy, laughter and delight. We tend for one another, to the fierce and tender resistance we mount in the streets, in the classroom, in the courts, so welcome. Welcome to our present.” 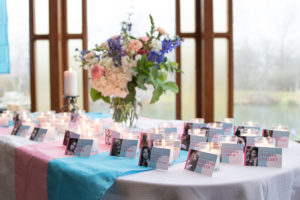 Individuals received candles and cards at the gathering. Every card represented a transgender life that was lost this year due to violence. Ash Bailot/The Ithacan

“Today is a day for us to recommit to action,” Maurer said. “I’d like to acknowledge the ways in which we engage in activism and resistance because taking action is a form of resistance.”

Junior Luis Valderrama was one of the students who spoke at the service. They referenced the Mourner’s Kaddish, a hymn found in Jewish prayer services, and elaborated on the significance of Transgender Day of Remembrance.

“There is something so powerful about the act of coming together as a community to affirm our power as a group of people, especially as transgender people, whose stories are so often erased from news, from history, from the classroom,” Valderrama said.

Individuals received candles and cards at the start of the gathering and were asked to come forward, light their candles and read the names on the cards. Every card represented a transgender life that was lost this year due to violence. Attendees were given the opportunity to share any names aloud that were not on a card.

Senior Marco Brennan led attendees at the gathering in the call-and-response poem “We Bear Witness” by Amy Brooks. The poem draws attention to anti-transgender and anti-gender–nonconforming sentiments and honored those who have fallen victim to it. It called for attendees to respond to a series of claims with “we bear witness.”

“Though dismembered by death-dealing phobias, we remember them today,” Osorto said. “In our memories, they are present.”