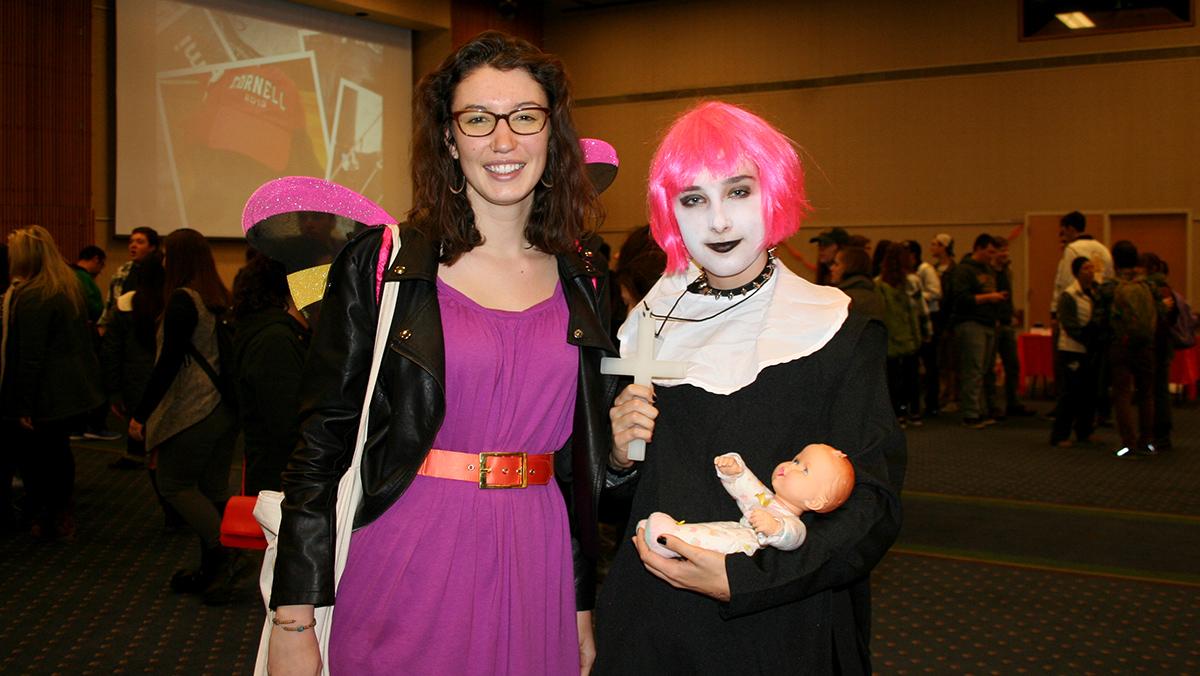 Halloween is here, and while many enjoy the candy, costumes and parties, some costumes can leave a sour taste to the celebrations.

Ithaca College sent out an Intercom announcement asking students to keep “Halloween costumes and decorations appropriate and safe,” adding that “costumes that inappropriately depict or appropriate other cultures can be hurtful to our campus community.”

This announcement comes a year after Yale University sent an email asking students to avoid offensive costumes, such as racial or religious costumes. A university lecturer resigned after disputing the email, saying students should be able to dress themselves, which prompted large protests.

On Oct. 28, a student at the University of Central Arkansas was expelled and his fraternity chapter suspended after he used blackface to look like Bill Cosby for a Halloween party.

Students said the Intercom announcement was smart and inclusive.

“People really take into account offensive costumes,” freshman Natalie Louban said. “If people see someone wearing something that does look offensive, I’ve always heard a negative comment about [the costume]. … I feel like it’s looked down upon here.” She added that she thought the idea of making an announcement was respectful toward the community.

After celebrating Halloween this past weekend, freshman Brina Edmonds-Reed said she did not see any offensive costumes. She also said the Intercom announcement did not affect her planning for Halloween.

“I think it’s a good thing,” she said. “I haven’t seen anything offensive.”

With Halloween just behind us, you probably heard the term “cultural appropriation” at least once.

“My culture is not a costume”