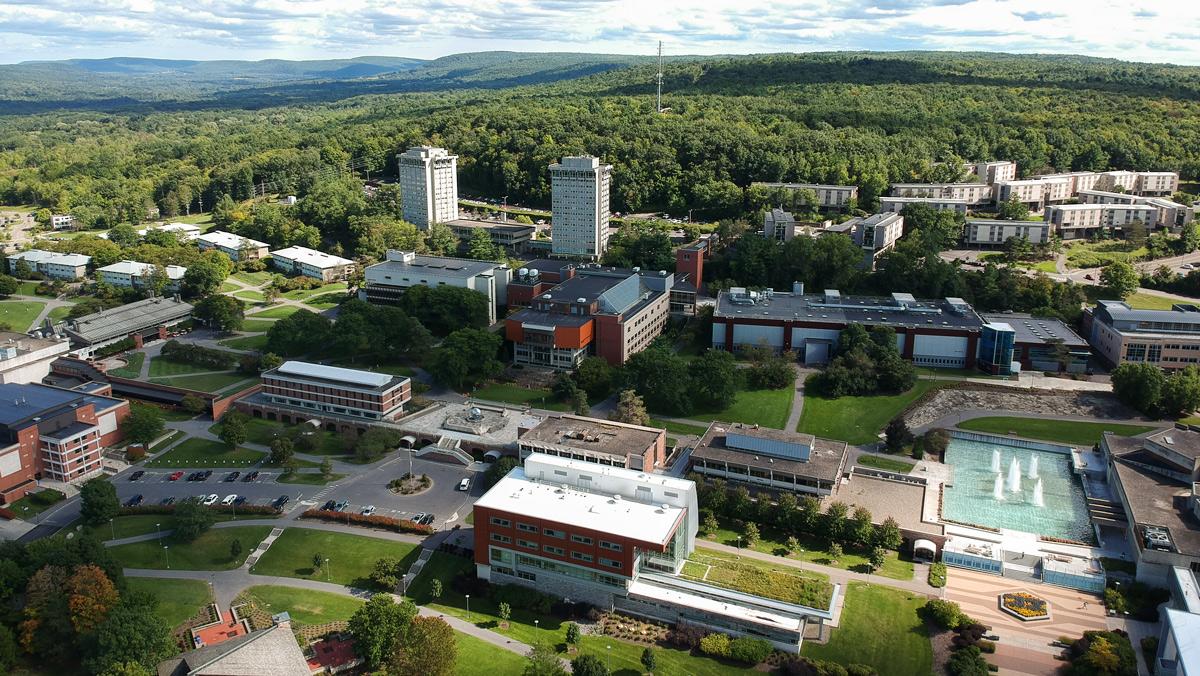 Ithaca College has released an updated diversity, equity and inclusion statement that is longer than the previous one and reflects the goals outlined in the college’s strategic plan, Ithaca Forever.

The statement was released Feb. 22 by the Campus Climate Action Group (CCAG). It encompasses the college’s priorities, including a “prolonged commitment to cultivating a diverse, equitable and inclusive community.” The diversity statement is in accordance with Ithaca Forever, which was officially launched Oct. 23, 2019, said Darius Cureton, residence director in the Department of Residential Life. The college has not updated its diversity statement since the last one was released in 2010.

The updated title and expansion of the statement was primarily to reflect the strategic plan, said Roger Richardson, associate vice president for the Division of Student Affairs and Campus Life.

The college hosted several feedback sessions for the campus community to engage in discussions about the new statement. Attendance numbers were low in single digits at both sessions Feb. 25. Campus community members were also invited to submit feedback through an online link.

Samantha Elebiary, director of the BOLD Women’s Leadership Network and member of CCAG, said the committee has received lots of feedback online about the statement.

She said in response to some of the feedback that the statement itself cannot fix all of the problems on campus.

“There’s nothing we could write on this paper ever that would make people feel like, ‘Okay, everything is fixed. We’ve solved it,’” Elebiary said. “That’s not the purpose of this. … It’s just meant to be a starting point.”

The statement begins by acknowledging that “Ithaca College resides on colonized Haudenosaunee land, and we honor their elders past and present.” The Town of Ithaca recognizes that it was built on the land of the Haudenosaunee Confederacy, which consists of five tribes, including the Mohawks, Oneidas, Onondagas, Cayugas and Senecas. The land was confiscated by the U.S. government in 1779.

The statement also stated the college aims to “commit [itself] to pursuing growth, change and action grounded in the American Association of Colleges and Universities model of inclusive excellence, a framework specifically designed to foster student learning, belongingness and success.”

The college also states it will not tolerate or condone any form of discrimination in the statement and seeks to make the campus “accessible” to all students, especially those “impacted by systemic disadvantages, marginalization and exclusion.”

The college strives to build a curriculum and campus culture that reflects the diverse communities on campus, the statement says. It also says the college “thrives on the free and open exchange of ideas, while expecting mutual respect and asserting that prejudice, discrimination and incivility serve only as hindrances to our learning community.”

The statement says the college takes responsibility and accountability for recruiting and retaining diverse community members.

“These commitments serve as the fabric of our educational experiences and are essential to our institutional vibrancy and sustainability,” the statement said.

Richardson said the statement is purposefully general so it can be resourceful in many capacities. Richardson also assisted in drafting the statement. He said this is just the first step for improving the campus through the strategic plan.

“The next task for us is to be thinking about how we can build systems and structures and look at policies that are in opposition of what this statement is trying to articulate,” Richardson said.

Cureton said the statement is still in its early stages.

“We’re trying to get this feedback because this is only draft one,” Cureton said. “After these feedback sessions, we’ll create a new draft and then hopefully have more feedback sessions to make sure we really hit the mark on what [people] asked us for.”

SGA pushes for campus inclusion and release of survey data