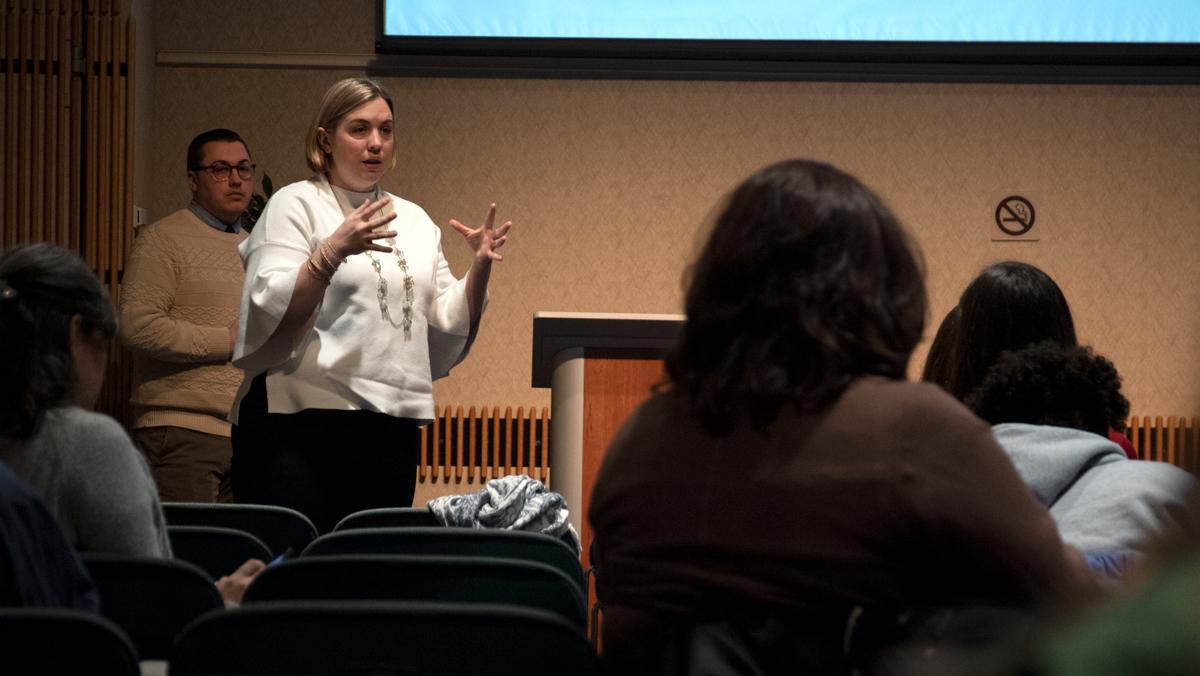 Ithaca College has re-evaluated its freshman orientation process in an attempt to make the experience more helpful for incoming students.

Orientation will now begin Aug. 20 and conclude Aug. 27 with Convocation, a ceremony to welcome the incoming class to the college, which is the day before classes begin for the fall semester. The August Orientation Planning Committee Steering Committee, headed by Kevin Perry, associate director of New Student and Transition Programs, held four open forums for faculty, staff and students during December to lay out the progress of planning this new process. The committee also addressed concerns and answered questions. Approximately 15 community members attended.

Perry said the switch to August orientation was proposed in 2011 by the former Division of Student Affairs and Campus Life office of the First Year Experience, but former President Tom Rochon’s administration never moved forward with it. The New Student Transition Programs office under President Shirley M. Collado’s administration approved the proposal.

The new orientation process will increase academic time by providing more individual and small group advising to aid with class registration, add events with the Office of Religious and Spiritual Life, give students time to connect with the people on their floors and work on roommate agreements and give students a chance to find their classes. Perry said the staff increase will be covered under the orientation budget, which will have minimal changes from previous years but will be redesigned and funds will be reallocated to cover different costs.

This information will still be shown to incoming students; however, Perry and his office are looking at ways to combine these presentations to decrease the amount of time that students are viewing PowerPoint presentations.

“We will be so much more engaging,” Perry said. “There will be so many more opportunities … an opportunity to build more connections with this cohort of students that you just don’t do when you’re sitting in front of a PowerPoint slide.”

Perry said the primary goal of the new structure is to provide opportunities for students to build connections with one another and the Ithaca community.

Perry said that based on student feedback and administrative observation, the previous orientation caused a disjointed feeling among students as they were only connected with a couple hundred of their peers, and, as a result, each group was given a different experience.

Winslow said that while, at this point in the planning process, many of the programming ideas are tentative, the committee has considered various options to engage students. These include increased small group time, six evenings of social programs, service opportunities and longer meals.

Another option the committee is exploring is affinity panels. These panels would be an opportunity for students from similar identity groups, such as LGBTQ students, first–generation students or students of color, to connect with each other. Luca Maurer, director of LGBT Education, Outreach and Services, said orientation was a time for LGBTQ students and allies to find suitable roommates who supported them. Perry said that by the time orientation begins in August, students must have already made their dorm and roommate selections.

Perry said he has heard this concern voiced at a postorientation feedback survey in which freshmen said midsummer orientation was beneficial to their precollege experiences because they used it to find roommates and connect with peers on a smaller, less intimidating scale.

Freshman Spencer Smith said orientation is where he met his roommate and some of his closest friends. He said he is alarmed that students will no longer be able to have this opportunity.

“What I liked about orientation was the fact that it wasn’t too big,” Smith said. “You could still go around and meet people, but I feel like, with the freshmen moving in a week early, they’re just making college happen a little earlier. You could meet some people, find some roommates for college, and I think that was beneficial.”

Perry said that in order to communicate instruction about registration, housing and other important information, the orientation staff will use Facebook Live and Zoom, which are social media video chat tools, prior to orientation.

Another concern raised by previous orientation leaders is that the large number of student staff members could inhibit the individual leader’s ability for personal growth as the small group connection will be taken away.

Sophomore Isabella Pillay was an orientation leader for the Class of 2022, during the Summer 2018 session. She said the most impactful part of being an orientation leader was discovering more about herself, and she is nervous that the larger group will strip that experience from the incoming leaders.

“While I do think a staff of 125 students will make that hard, I have seen potential plans that would ensure bonding with a smaller group of OL staff,” Pillay said.

Perry said he is committed to preserving these elements of personal growth and connection among orientation leaders.

The next step is for the steering committee to finalize a tentative schedule and share it with senior leadership by early January. The schedule will then go out to the campus community for feedback, and a final schedule will be produced by March 1.