Ithaca College is making progress toward achieving its diversity goals.

This year African American, Latino/a, Asian American or Native American students increased their representation at the college to 16.1 percent of the college’s student body, up from 14.9 percent last year. This brings the college closer to its IC 20/20 goal of 20 percent ALANA student enrollment by 2020.

The largest increases were among Black/African-Americans and Hispanic/Latinos at 42 students and 17 students, respectively. 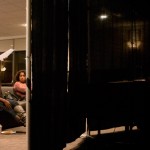 Along the lines of  IC 20/20, the college is conducting a survey to gauge student, staff and faculty perceptions of diversity at the college. In late October to early November, the Office of Human Resources at the college will send out a survey to assess how the college and its policies are faring in its goal toward greater diversification.

According to the Office of Enrollment and Communication, 16.1 percent of this year’s student population has identified as ALANA: 1,091 students compared to 1,010 last year.

The college defines diversity as representing people of different backgrounds, including national, ethnic, economic and religious backgrounds. Many of the recommendations in IC 20/20’s diversity strategic plan include addressing ALANA and international student enrollment and the quality of climate for ALANA, lesbian, gay, bisexual and transgender students.

Mark Coldren, associate vice president for human resources, said one goal of IC 20/20 is to have the college body take the survey with a focus on diversity and inclusion for faculty, staff and students to receive feedback on the social climate at the college. The survey has been tested, with the participation of the Office of Institutional Research, at focus groups consisting of students, faculty and staff over the past three weeks.

The college will use the information from the survey to change how it addresses its demographics and environment, Coldren said, and the results should be made available by early spring. Questions on the survey included topics of fairness, equity, personal experience and inclusiveness.

“Do we want to look differently as an organization for students, faculty and staff?” Coldren said. “The answer is, yeah. It is intentional to try to see what that path will be for us.”

The college conducted a similar survey in 2004, gauging student perceptions at the college and found that the climate for ALANA students, women and LGBT students, among others, needed to be improved. There has been a change in environment for some students since then; for example, this year Campus Pride ranked the college among top 25 most LGBT-friendly schools.

Eric Maguire, vice president for enrollment and communication, said the President’s Advisory Council on Diversity, formed in 2005, sent its recommendations to the president at the same time the college’s strategic planning was beginning, leading those two aspects to merge and form IC 20/20’s diversity initiatives.

One of the main ways the college is attempting to draw a larger ALANA student body is through recruitment at more than 500 high schools across the country, with a focus on major metropolitan areas and building relationships with organizations in those communities, he said.

Despite the college’s efforts to attract ALANA students, students of color express concern over the retention rate after enrollment.

Senior Oluwayeni Ropo-Tusin, president of the African Students Association, said she attended the Summer Institute as part of her pre-freshman program with about 25 other students of color, 10 of whom did not return to the college. While she said the college has done a good job of reaching out and supporting the various communities on campus, including the LGBT community, the effort falls short for some students.

Senior Kristy Zhen, president of the Asian American Alliance, said she hopes the college will focus more on fostering an inclusive atmosphere by supporting ALANA student organizations and their events, hiring more staff and faculty of color and making sure academic enrichment services are meeting the needs of students.

The college will continue to work toward representing the many distinct people it employs and educates, Coldren said, as an extension of its mission and the opportunities for learning it seeks to create.

“Diversity is such a part of that because it’s about who you are, your background, the things that are important to you,” Coldren said. “You blend all that into a community, so if you don’t focus on that you’re not going to build a place where great learning can happen.”