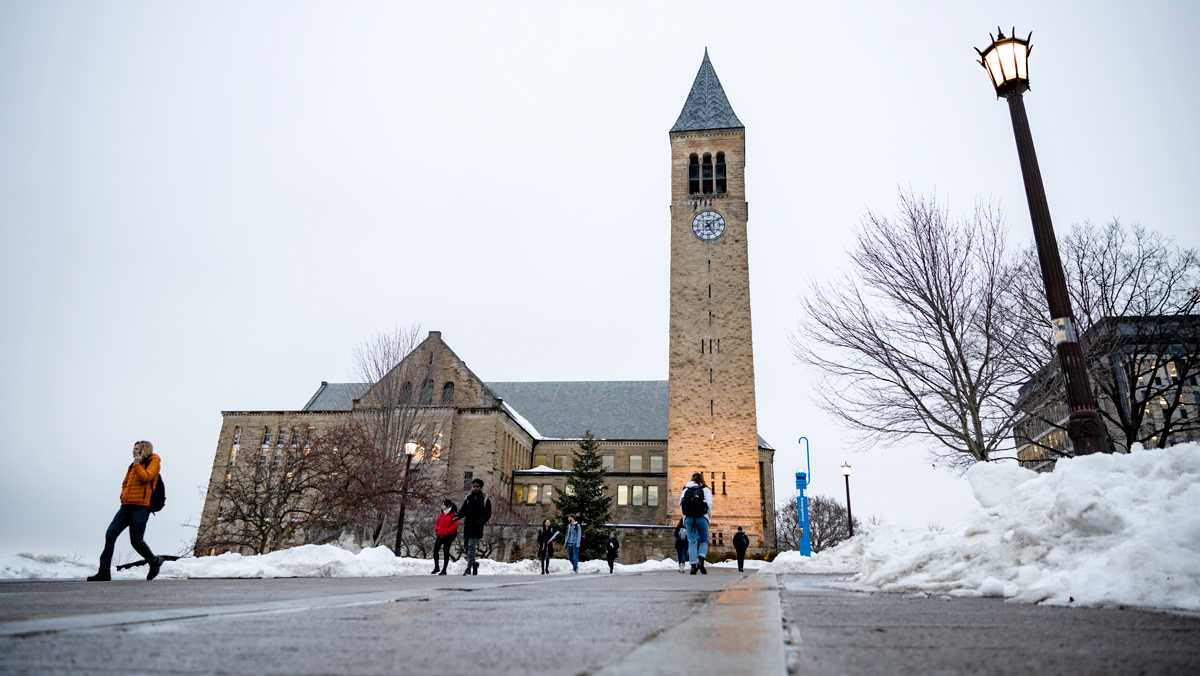 Reed Freeman/The Ithacan
Cornell University raised its COVID-19 alert level from green to yellow March 19. In the week of March 10 to 17, there were 74 positive cases at Cornell.
By Caitlin Holtzman — Assistant News Editor
Published: March 19, 2021

Cornell University raised its COVID-19 alert level from green, which means cases are rare and transmission is controlled, to yellow, which means there is low to moderate risk of transmission.

In the week of March 10 to 17, there were 74 positive cases at Cornell. President Martha E. Pollock and Provost Michael I. Kotlikoff sent a message to the Cornell community March 19 about the recent increase in cases. The message attributed the rise in cases to students disregarding public health guidelines. Approximately half of the cases are linked to Cornell freshmen, and the rest are related to Greek life organizations, athletic teams, parties on and off campus, and travel outside of Ithaca, according to the message.

Cornell previously raised its alert level to yellow Feb. 5 due to a cluster linked to a party. The alert level was lowered Feb. 22.

Pollock and Kotlikoff said there was also an increase in the number of students who are not completing their daily health screenings or surveillance testing. Some students have also not complied with contact tracing or have given false information, they said.

“These students may think they are protecting their friends by not identifying them as contacts, but they are, in fact, putting themselves and others at risk, including the most vulnerable among us,” the message stated.

Pollock and Kotlikoff said that previously when the alert level has risen, the community was quick to fix its behavior. However, if current trends continue Cornell will have to move its alert level to orange, meaning all in-person gatherings would be prohibited, classes would move online, gyms and recreation centers would close and students would be required to stay in their dorm or apartment except to get tested or get food.

Tompkins County had 24 new cases and 168 active cases as of March 19. The county had fewer than 100 active cases from Feb. 28 to March 10 but is now seeing an increase in cases.

Testing at Ithaca College is done through a saliva self-collection process. Samples can be dropped off by 11:30 a.m. Monday through Friday at the Athletics and Events Center, the Campus Center and Terrace 13. Symptomatic members of the campus community cannot access campus and should seek testing at The Shops at Ithaca Mall sampling site, the downtown sampling site or the Cayuga Medical Center testing site.