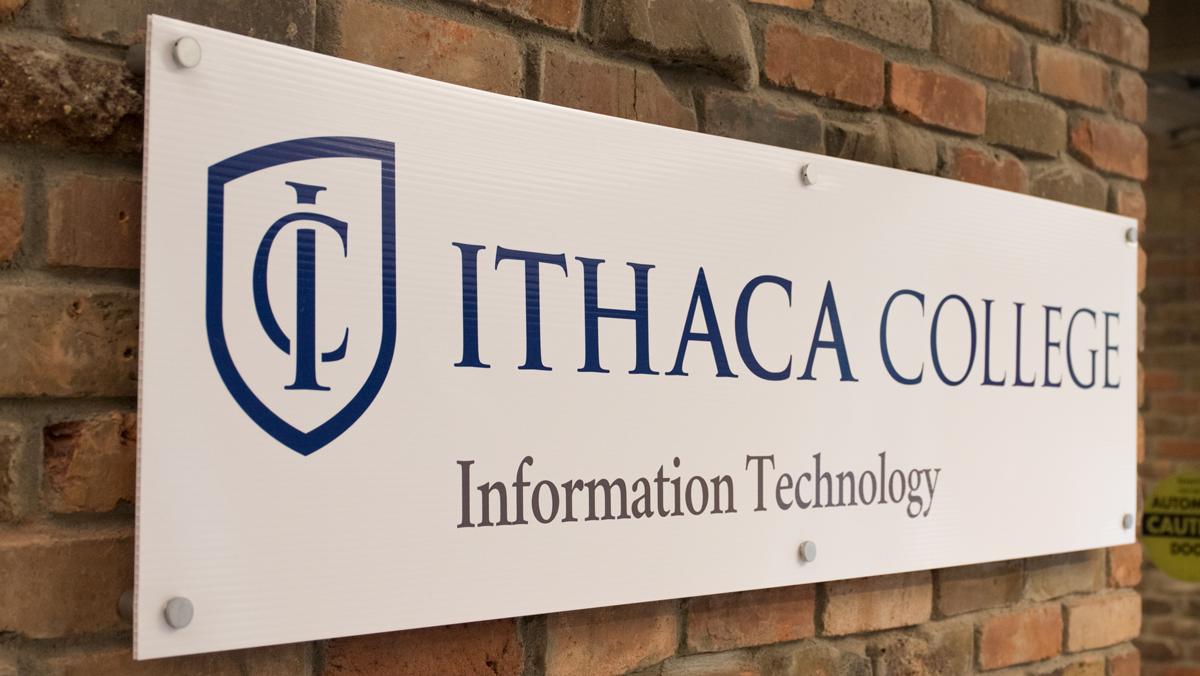 The former Digital Instruction and Information Services department at Ithaca College is undergoing some changes — starting with a new title for the department: Information Technology.

IT is now headed by Chief Information Officer David Weil, who was appointed in May. The mission for the department, Weil said, is being reshaped to be more student-focused. He said students could find it easier using the letters “IT” or word “technology” in computer searches for technology needs.

Weil also said the department has been improving college portals like Sakai and adding new technology features. The newest update for Sakai includes an easier-to-use interface on mobile devices. Weil also said a new feature called single sign-on, where one sign-in allows access to multiple college sites on a college-registered computer, is in its early public stages. The feature will be coming to major apps like Sakai and HomerConnect over the next two years.

More new software, expected to make its debut this fall, is called the IT Online Service Desk, which will allow for more accessibility in fixing equipment or requesting assistance from IT online by making an appointment with their staff.

“It’ll be much more friendly, and you’ll be able to go and get a lot of common questions answered on your own,” Weil said.

This is not the first time in recent history at the college that this department has been redesigned. The department was previously called Information Technology Services, but in October 2015, it changed its name to DIIS. In August 2016, Weil began the department’s revamp, which is now being finished.

With the new leadership, the department is also undergoing a reshuffling. The department currently has four subdivisions, two of which are being redesigned. Each division is clearly outlining which technology issues it will handle at the college. Now, for example, Teaching and Learning with Technology is more focused on ensuring that teachers know how to use technology in the classroom, Weil said.

Casey Kendall, who was appointed to lead the Architecture and Infrastructure division in May 2016, is now the executive director of applications and infrastructure. Kendall said that before the redesign, divisions in the department did not have clear expectations on concerning which technology issues they would handle. Now, large-scale issues that could occur with software like HomerConnect that require core developmental fixes go to Kendall’s team, whereas other problems that may only be happening on a single computer are handled by another division.

“We wanted to create a better alignment for what we offer,” Kendall said.

Weil said that due to these improvements, the college’s internet bandwidth has doubled. Redundancies have also been built into the new technological equipment so that in the event that someone were to cut the cords, systems would still be operable due to another fiber running in and around the campus from a different area or direction.

“We recognize that we had a lot of work to do to bring our foundation up to a level that can provide quality service, and those investments are paying off,” Weil said.

Malick Mercier can be reached at mmercier@ithaca.edu or via Twitter: @@ClassyMalick

The start of the Spring 2011 semester brought an end to the Division of Interdisciplinary and International Studies at Ithaca College. DIIS was officially eliminated as a division of the college beginning the first day of classes. All of its affiliated academic programs and their components were transferred to other schools. The culture and communication…