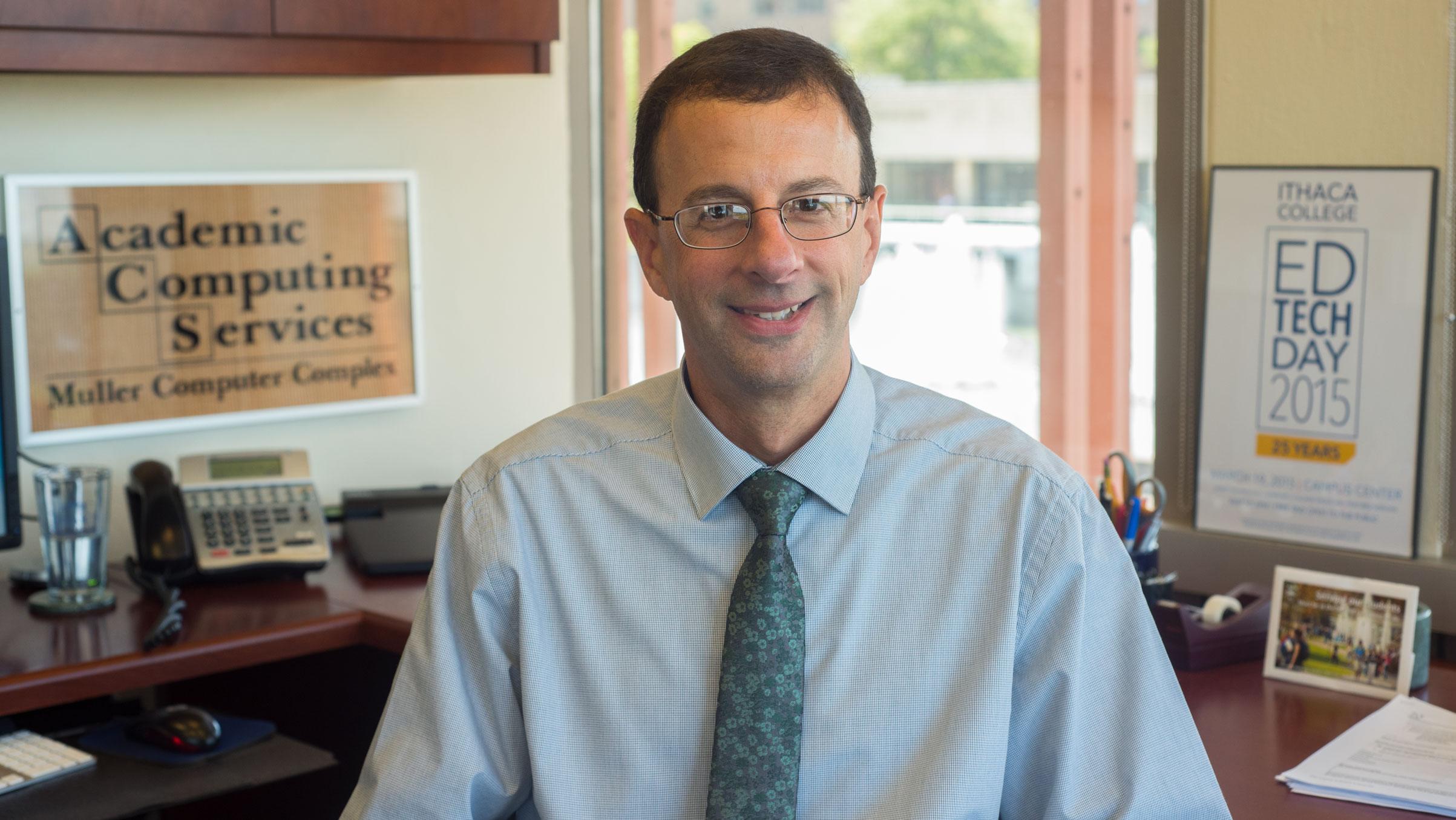 With a new vision and staff, Ithaca College’s Digital Instruction and Information Services plans to upgrade key parts of the college’s wireless internet service by May 2017, completing an overhaul of the system which began last fall.

Dave Weil, interim associate vice president for DIIS, said the department has a new goal now that more staff positions are filled: to be forward-thinking and innovative by shifting how information technology services are provided at the college. This includes more cloud-based services; a broker-based service provider system, similar to how the Office of Facilities hires outside contractors for projects; a more unified website experience instead of the numerous independent college websites; and a greater emphasis on faculty coaching with technology in the classroom.

“It’s a lot of new people and a lot of new vision,” Weil said. “I don’t have a magic one sentence because there’s a lot of different aspects to the transformation.”

The first priority and largest project is stabilizing the college’s network, Weil said. He said the end goal of this wireless system overhaul is to make the system reliable so students do not even think about it or encounter as many issues.

“We have to get our technical infrastructure solid,” Weil said. “It needs to work, it needs to provide the functionality that the campus needs. … We’re not there yet.”

One of the components that make up the wireless services at the college are devices called Fat Pipes. The internet connects to the campus from the provider through these pipes, which will be upgraded by October 2016 to increase access to internet, meaning more devices will be able to connect to the network at once. Another change will be upgrading the college’s edge switches — devices that distribute internet connections through buildings and allow personal devices to connect to Wi-Fi. A fail-safe system for these switches will be also implemented by Spring 2017 to ensure internet in a certain building does not completely shut down.

Weil said the department has a goal of doubling the bandwidth of the college’s network by midway through the fall semester.

WICB Web Director Aaron Zufall, who has previously expressed frustration with the network, said he hopes outages like the ones in the spring semester will be avoided. While he said he thinks the upgrades are overdue, he thinks they will ultimately be beneficial.

“Upgrading equipment like this — while it’s annoying to have an outage — will, in the long run, prevent that sort of stuff from happening,” he said.

Zufall said he has only had a few minor issues with the network this semester, but his experience has generally been a good one.

DIIS has hired two directors recently who said they share the same vision and optimism as Weil. They will largely oversee many of the upcoming upgrades and initiatives coming out of the office.

Casey Kendall was hired in April 2016 as the director for architecture and infrastructure, and is one of the newest directors of the four. She will oversee areas like firewall technology and the Fat Pipes that will be upgraded this year. She and Mark Fink, director for teaching and learning with technology, began work on the same day.

“We’re really trying to energize our staff and kind of get everyone on the same page,” she said.

Fink will oversee another tenant of DIIS: educating and informing faculty about innovative and current technology.

He said he is in the process of hiring four new staff members responsible for training faculty members on how to use innovative technology in the classroom, like virtual reality.

He said a goal of his department is to implement a variety of technologies in collaborative lab spaces where students and faculty can readily access them; however, he said these changes will take time.

“The stars are all aligned for us to do this,” he said.

David Weil, director of engagement and implementation for Digital Instruction and Information Services, has been named interim associate vice president of DIIS and chief information officer at Ithaca College.