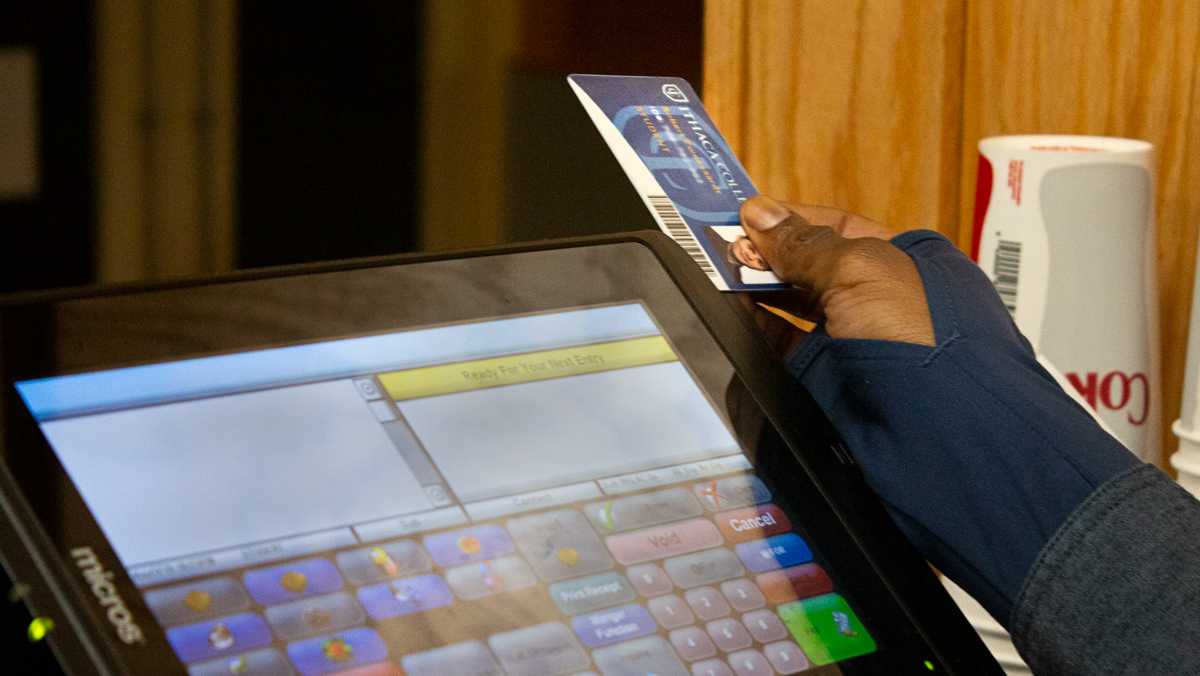 Ithaca College students can now use Bomber Bucks to purchase food and nonfood items on campus, regardless of whether or not they have meal plans.

Bomber Bucks are a virtual form of currency loaded onto student ID cards that can be used for tax-free on-campus purchases at select locations, like Ithaca Bakery, Chick-n-Bap and Mac’s General Store. Ithaca College Dining Services ran a promotion for the addition of Bomber Bucks to student accounts from Nov. 1 to Nov. 15. As part of the promotion, the college also announced that any student at the college, even those who do not currently possess a meal plan, can load Bomber Bucks onto their IDs.

Dining Services made this change to try and make retail dining more convenient for students, said Yan Salcedo, assistant director of dining administration. In the past, loading extra Bomber Bucks onto a student ID online was impossible, and the promotion is meant to help show students that the process is now quite simple and easy, Salcedo said.

“Everything we are trying right now is more like a pilot program,” Salcedo said. “We are still trying to figure out what works and what changes will stick and what students prefer. Our main goal is to make things easier for students.”

At the start of Fall 2019, the college completed its transition to in-house dining services, ending its 20-year partnership with Sodexo as its food service provider. The transition has brought many changes for students on meal plans, including a switch from the name Bonus Bucks to the name Bomber Bucks for dining dollars.

Currently, students at the college have two options if they choose to have a meal plan. A student can opt for the commuter and on-campus apartment meal plan, which includes five meal swipes per week and $600 of Bomber Bucks, and it costs $1,200 per semester. A student can also be on a resident meal plan, which includes unlimited meal swipes, $230 Bomber Bucks and three guest meals per semester, and it costs students $3,400 per semester. Students living in resident housing are required to be on this meal plan.

Prior to bringing dining services in house, students had a choice between a 10–meal–per–week plan, a 14-mel-per–week plan and an unlimited meal plan, all with three alternate options for Bonus Bucks.

During the promotion, $29,700 were added to student accounts as Bomber Bucks, Sexton said. As part of the promotion, Dining Services promised a 10% increase on all Bomber Bucks purchased between Nov. 1 and Nov. 15, Sexton said, meaning that if $50 were uploaded, Dining Services would put $55 of Bomber Bucks onto the student’s account. Because of this 10% increase, an additional $2,970 were added to student accounts, resulting in $32,670 of Bomber Bucks added across the student body. There were 504 total transactions, Sexton said, with 60 of them on accounts of students not currently on meal plans.

“I really hated the feel of a dining hall,” Zollweg said. “It reminds me of a high school. It also tended to trigger my social anxiety. It was much easier to eat alone and get work done in an environment like the Pub because it has more of a cafe feel.”

Senior Alex Phillips is currently employed at Mac’s General Store. At Mac’s, students can now use Bomber Bucks for any item in the store, including toiletries, makeup and over-the-counter medicine. Before, Bomber Bucks could only be used to purchase food items.

“There hasn’t been much of a change in what people buy since the switch,” Phillips said. “But I think most people just don’t know. Sometimes people ask me to ring up food and other items separately because they don’t know about the change, so I try to fill them in.”

Freshman Toni Nargentino is currently on the resident meal plan and has been out of Bomber Bucks since late October, she said.

Nargentino and her friends primarily spend their Bomber Bucks in the evenings after late classes or practice sessions, she said. Terrace Dining Hall currently closes at 9 p.m., and, after this hour, no swipe-in style dining is available to students. While offering a promotion for Bomber Bucks is a nice thought, many students did not take advantage of it for fiscal reasons, Nargentino said.

“Why would I buy more Bomber Bucks?” Nargentino said. “As a college freshman, it’s just more money I’m going to spend. They run out so quickly. I’m just going to have to learn how to conserve them.”