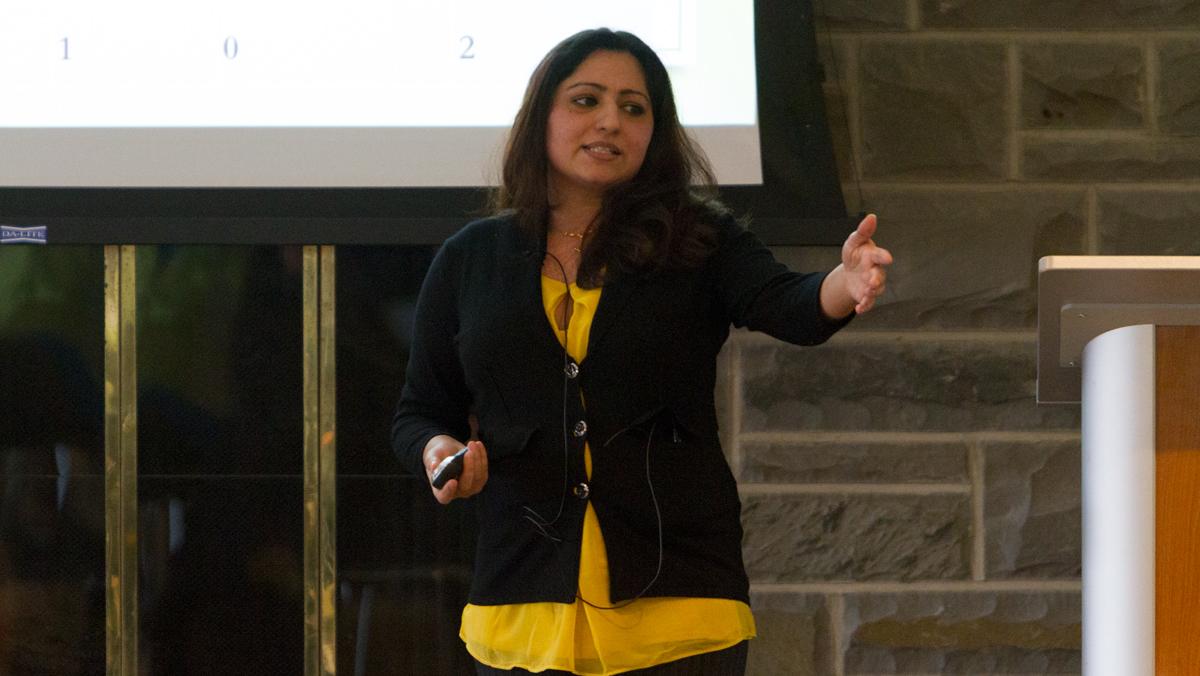 Three diversity scholar fellows from the School of Humanities and Sciences and the Roy H. Park School of Communications shared their works on minority groups during the Diversity Scholar Research Showcase on March 29.

Palma’s novel, “Manteca,” follows Richie, a 15-year-old Cuban–American boy living in Miami in the 1980s. The story follows Richie as he falls in love with his sister and his family is forced to move so a highway can be built where they live.

“I depict Miami as a form of technology designed to produce exceptional narratives,” Palma said of his dissertation.

Palma said he was inspired by “The Coming Community” by Giorgio Agamben, which discusses philosophy as well as ethics between groups of people.

Haqqani said her research was inspired by a Muslim woman, Amina Wadud, who in 2005 led a mixed-gender prayer. She said she was also inspired by Muslim backlash to ISIS’ attempt to revive slavery in 2012.

Haqqani showed a picture of a sign that a man held in protest of Wadud’s prayer, which read, “Mixed-gender prayer today, hellfire tomorrow.”

In Islam, women are not allowed to lead mixed-gender prayers, and they inherit half the amount of money that their brothers do. Women are also not allowed to marry outside of their religion, whereas men can marry Muslim, Christian or Jewish women, Haqqani said.

Haqqani said that overall, both men and women felt that the Islamic belief in child marriage and sexual slavery was nonbinding, but she said that more women than men felt that women should be allowed to lead mixed-gendered prayers and marry outside of their religion, despite the traditional Islamic belief.

“Female-led prayer and women’s interfaith marriage were just constantly represented as irrelevant,” Haqqani said. “So many participants even got angry with me for talking about this — ‘Why can’t we talk about something more relevant? This is so irrelevant. This is so unnecessary.’”

Rodriguez discussed the dangers of being a member of the LGBTQ community by showing a map of the consequences in certain countries that included fines, lashings, imprisonment and the death penalty.

Rodriguez’s research included interviewing gay refugees and asylees on their lives and what role media played in finding their identities. However, not many refugees were willing to talk because they were afraid it could negatively impact their acceptance into the nongovernmental organization asylums for LGBTQ refugees.

“‘Refugee’ was a term that some of them embraced, it said, ‘This is who I am. I don’t want to forget who I am because I need to help other people,’” Rodriguez said. “A lot of them also wanted to reject it. They said, ‘It has such a negative term. People categorize me negative ways. That’s a part of my life I want to leave behind me. I don’t want to be known as a refugee.’”

Sophomore Thomas Conti said he attended the event after hearing about it through two of his professors. Conti said he was surprised at how much he learned.

“I was kind of shocked and surprised that I didn’t know a lot about what was said, and it made me reflect that I should do more research and be more aware of other issues going on in the world around me,” Conti said.

Freshman Erin Clarke said she found the showcase interesting and found that it addressed a lot of important topics.

“All of their dissertations cover very interesting topics that are very important in today’s society,” Clarke said. “They’re very big topics that definitely need to be addressed and that I don’t think a lot of people know about either.”