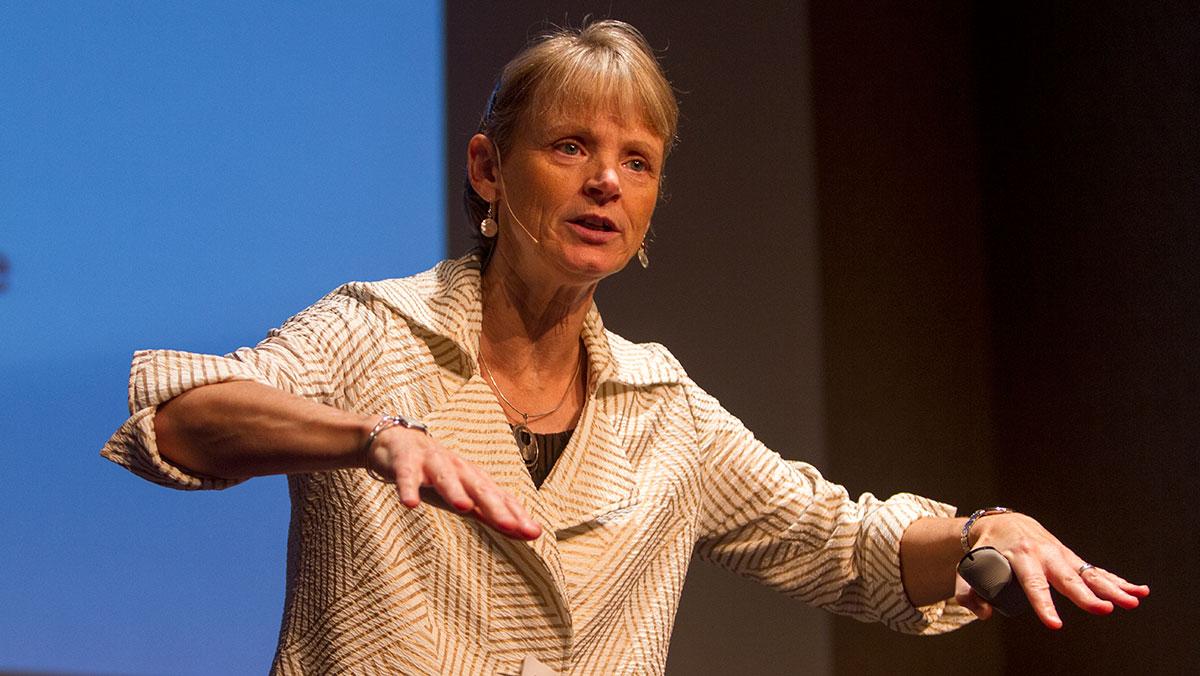 Maura Cullen spoke to Ithaca College freshmen about the importance of “creating a culture and climate of care and respect” both on campus and throughout their everyday lives Sept. 9.

This diversity workshop was held in Emerson Suites as part of the college’s First–Year Experience — an initiative to help freshmen make a smooth transition into the college community. Through the use of magic tricks, videos and interactive activities, Cullen attempted to simplify complex issues such as racial discrimination, sexuality and mental illness. She spoke on a wide spectrum of topics, ranging from the challenges that college freshmen are confronted with to the conflicts that many people experience in the face of diversity. Cullen invited the audience to reflect on the choices they make and how their actions affect others.

“Through exclusion we render people invisible,” she said.

Cullen has over 30 years of experience at over 500 universities and organizations as a diversity speaker and trainer. She is a published author and holds a doctorate in social justice and diversity education.

Before beginning her presentation, Cullen asked all members of the audience to stand up and high-five their neighbor, helping to lighten the mood and create a comfortable environment to talk about uncomfortable topics. This theme carried on throughout the workshop.

Cullen spoke about the different stereotypes that are commonly projected onto others and how hurtful these judgments can be — even when they’re unintended.

“We don’t realize how our words impact people,” Cullen said. “Someone in this room right now needs an act of kindness that could make the difference between them staying or leaving IC.”

Among her several demonstrations was a magic trick involving pieces of different colored fabric. She used this to illustrate our natural instinct to immediately identify differences and connected it to the issue of racial division on college campuses and in society as a whole. Cullen said acknowledging differences does not have to result in conflict, but can bring huge benefits. Cullen explained that the more diverse a campus is, the more students are able to get out of their education.

“College is about gaining as much insight into as many different people’s perspectives as possible,” Cullen said. “Dissonance creates learning.”

Audience members were silent in reflection one moment and roaring with laughter the next as Cullen took them through her own personal stories of humor and heartbreak, sharing words of wisdom along the way. Students said they appreciated her down-to-earth approach to tackling sensitive issues.

Freshman Trina McGhee admitted she was skeptical at first, but was impressed with what Cullen had to say.

“I thought it was really cool,” McGhee said. “At first I was a little prejudiced, like what does a white woman have to say about diversity? But I thought she had really valid points.”

Along with freshmen, faculty and resident assistants also attended Cullen’s workshop. Sophomore RA Dallas Fonseca said he enjoyed Cullen’s presentation style.
“She was great. It was light and fun and brought kind of a comedic point to very serious topics,” Fonseca said. “Sometimes comedy goes south when it tries to make tense situations light, but she did it very effectively.”