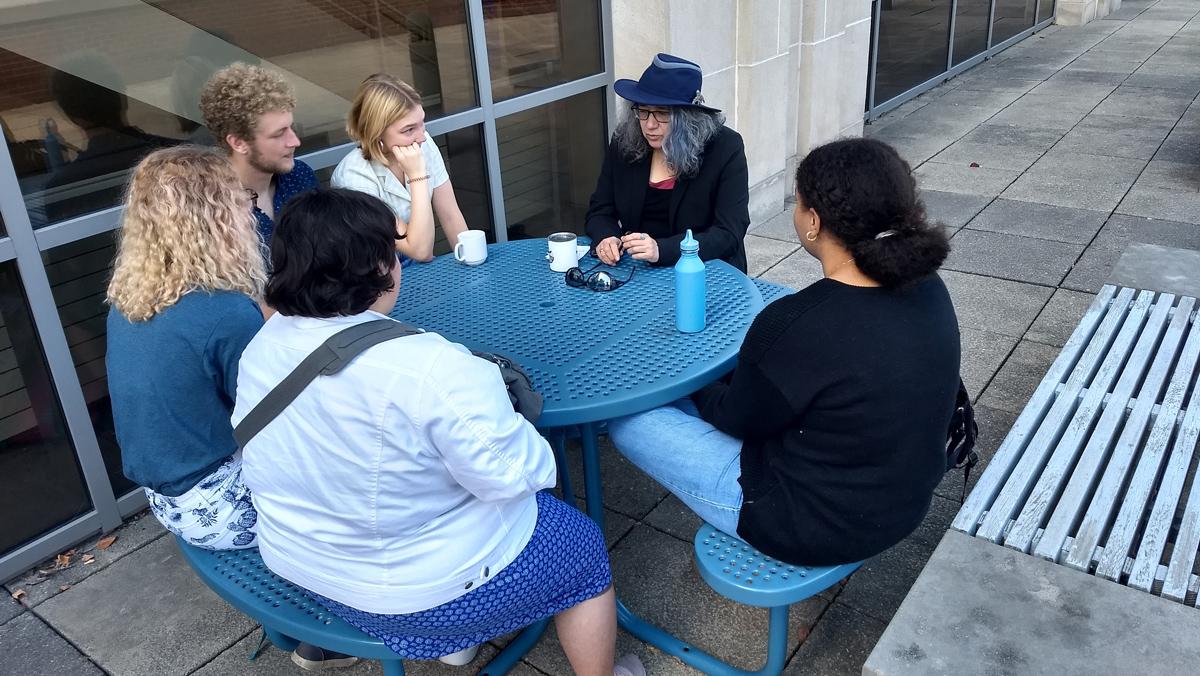 The Ithaca College Department of Environmental Studies and Sciences (ENVS) is voicing its opposition to the draft “Shape of the College” document, which recommends that at least three faculty members in the department are cut.

The department sent a letter to the Ithaca College Board of Trustees Feb. 12 requesting that the Academic Program Prioritization (APP) process be reconsidered. In the “Shape of the College” draft, the Academic Program Prioritization Implementation Committee (APPIC) recommended cuts from the Department of Environmental Studies and Sciences. So far, at least three faculty members within the department have been notified their positions are recommended for termination by the APPIC. Some students, faculty and alumni of the program feel the cuts would negatively impact the department.

Fae Dremock, assistant professor in the Department of Environmental Studies and Sciences, is one of at least three faculty members getting cut from the department, along with Jed Jordan and Tim Drake, both lecturers in the department.

Jason Hamilton, professor in the Department of Environmental Studies and Sciences, said he thinks that the proposed faculty cuts are devastating.

“These cuts have really gone right to the heart of what our vision was when this department was created,” Hamilton said. “The people who made the cuts, they didn’t ask us what the effects would be, they didn’t look to see why we were the way we were. They don’t even know the names of the people they cut in some cases, or, what they were doing here.”

Dremock said that after learning that her position at the college would be cut, it was hard for her to begin teaching her spring courses.

“I felt very paralyzed,” Dremock said. “Seeing the students, it was wonderful. Because I do love what I do, I care about my students, I do. It’s just part of who I am. I can’t function without actually trying to make the world better. I do that through teaching. After those first couple of classes, it was so depressing, because it felt like this is going to be the last three semesters I teach.”

Dremock said the decision has already impacted her life. She has started to look for a new job and is planning to move because she cannot afford to live in Ithaca without a job.

Drake has been teaching at the college since 2007, before the department was created in 2009. He said he started the field-based course Environmental Sentinels with Jordan and Hamilton based on their work with Primitive Pursuits, a year-round nature awareness program in Ithaca.

“On the surface, we’re taking students out into the woods and doing environmental education,” Drake said. “And yet, there’s kind of something deeper under there, when you spend intimate time outdoors with people in nature, and give students a chance to have that access to the natural world in that way.”

Sophomore Imani Turner-Wells said she took Mindful by Nature — a nature awareness and meditation course taught by Drake — during the fall. She said she has struggled with depression during the COVID-19 pandemic, but applying the practices she learned in the course to her own life helped her.

“It’s a shame that people are not going to be able to experience [Drake] because the class was so eye opening to me about how I was feeling during this pandemic and being more mindful of my surroundings and myself and others in nature,” Turner-Wells said.

Laura Waxman ’19 said that Dremock brought new ideas to the department, like an intense environmental justice lens and a focus on analytical thinking. Waxman said she was appalled by the decision because Dremock’s courses are in major demand from students.

“She teaches classes that frankly, absolutely no one in ENVS at the moment is even partially capable and are qualified to teach,” Waxman said. “And the lens that she provides is arguably the most important to the ENVS school because she actually challenges people.”

A group of alumni from the department wrote a letter to Melanie Stein, dean of the School of Humanities and Sciences, and La Jerne Cornish, provost and vice president of academic affairs, expressing their support of Dremock and her contributions to the department, noting her expertise in environmental justice.

Dremock said she was confused and frustrated about the decisions behind the faculty cuts.

“It’s felt like everything was done without inclusion, without true shared governance and without really sitting down department by department and saying, ‘What can we change? What can we do to shrink our budget? What would be the best solution to how we could handle this?’” Dremock said.

Hamilton said he felt like faculty members feel pressured not to complain.

“They pitted us and the current students against the future students,” Hamilton said. “And it’s not at all a pleasant place. … There were many other ways that this could have gone down, that we could have together, the administration and the faculty, actually envisioned what a future Ithaca College would look like. And we could have worked towards it together.”