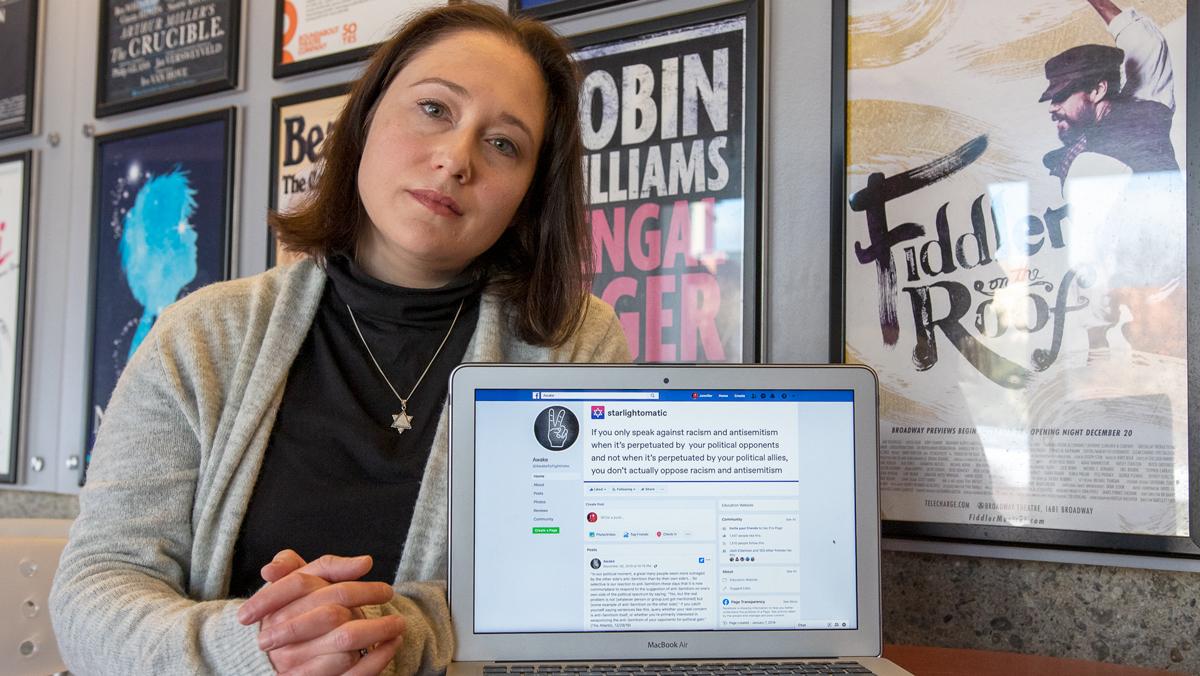 By day, Jennifer Herzog is a lecturer in the Ithaca College Department of Theatre Arts. In her free time, she operates a Facebook page called “Awake to Fight Hate” that informs its approximately 1,500 followers about instances of anti-Semitic hate crimes.

Herzog, a grandaughter of Holocaust survivors and self-proclaimed “proud, practicing Jew,” created the page approximately a year ago after she noticed an increase in anti-Semitic hate crimes. In the FBI’s 2018 Hate Crime Statistics (HCSA) Report, approximately 60% of religious hate crimes targeted Jews and Jewish Institutions, a trend that has persisted for years. The page aims to promote nonpartisan content that shows how anti-Semitism manifests on both ends of the political spectrum, a sentiment that other Jewish Americans have articulated.

“I’m attempting to document, in one place, all significant acts of anti-Semitism that are happening across the globe and across the political spectrum,” Herzog said. “If the monster that is anti-Semitism is awake, we also need to be awake.”

Herzog said she also feels a responsibility to help educate others about anti-Semitism.

“I am passionate about doing activism that can make even the smallest impact,” she said. “Running ‘Awake [to Fight Hate]’ is one thing I can do to keep my fellow allies against bigotry educated and informed.”

Additionally, she said she was motivated to curate content for the page because of her disappointment with certain media coverage of anti-Semitism. When sifting and curating content, Herzog said, she ignores sponsored content and posts only reputable regional and national sources — noting that often she finds herself turning to smaller outlets when mainstream media fails to report on anti-Semitism — and corroborates stories with multiple outlets before posting about it.

“I do the research,” she said. “I make sure it’s an article that people can trust before I put it up there.”

Large-scale violence motivated by anti-Semitism, like the 2018 Pittsburgh synagogue shooting, received national media attention. Other cases, like the recent attacks on the Hasidic community, including the stabbing of five Jewish people during a Hanukkah celebration in Monsey, New York, received less attention.

Rebecca Lesses, associate professor and coordinator in the Department of Jewish Studies, said that while the media covers some issues surrounding anti-Semitism, she believes it does not probe deep enough into the real reasons behind the issues.

“I still think that there’s some gaps in the news coverage,” she said. “They’re not investigating enough about why these attacks are happening.”

Lesses said the attack in Monsey and another in Jersey City, New Jersey, attacked religious spaces — including a rabbi’s home and a kosher deli — in areas with growing Orthodox Jewish populations. Some residents are resentful toward this population increase, which has increased tension in these communities, she said.

Although the recent attacks have targeted visibly Jewish populations, Lesses said she believes everyone, Jewish and non-Jewish, should be worried about the increase in anti-Semitic hate crimes.

Senior Matt Feiler, a Jewish student at the college, said he thinks the page is an important tool for starting conversations about anti-Semitism.