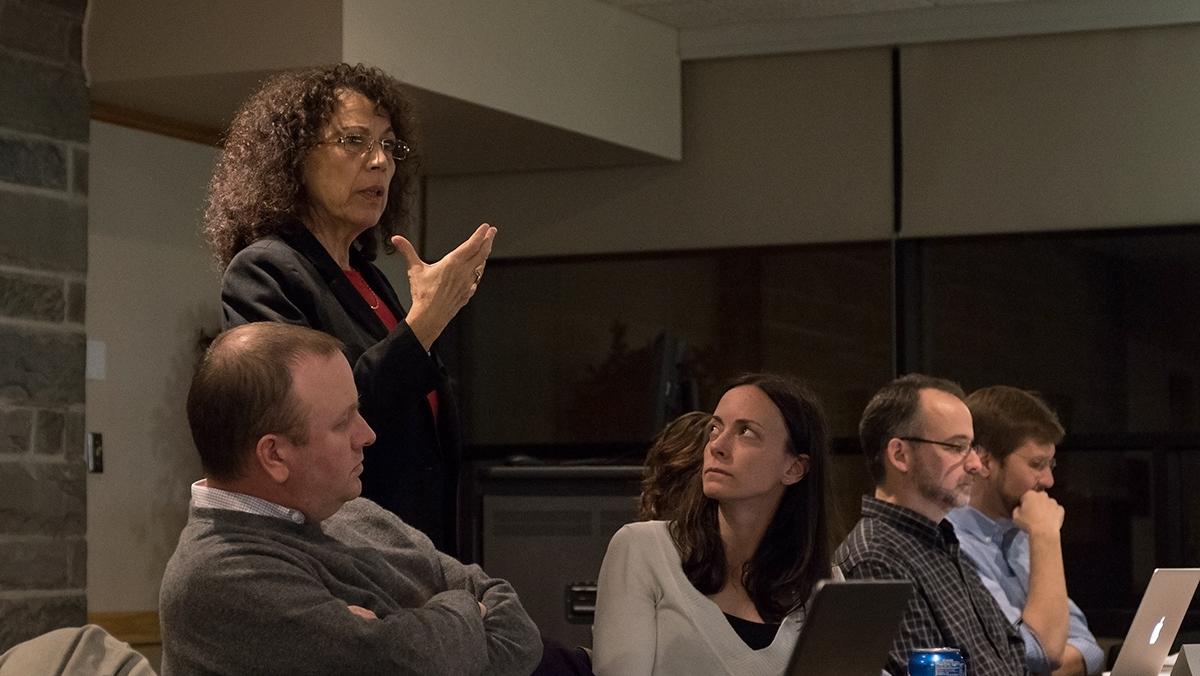 Fernando Ferraz/The Ithacan
Linda Petrosino, provost of the college, addressed the Faculty Council at their Nov. 1 meeting about concerns they have on the proposed shared governance draft.
By Nicole Pimental — Staff Writer
Published: November 2, 2016

Since the release of the draft proposal for shared governance, sent out to the campus community via email Oct. 24, faculty and staff have expressed concerns that the document still needs clarity and that certain power structures on campus still have too much power in decision-making.

Tom Swensen, professor and chair of the Department of Exercise and Sport Sciences and chair of the Faculty Council, said the CGC is depicted as though it has the most power in decision-making, when in reality, the President’s Council and the Ithaca College Board of Trustees still have the final decision on all proposals.

“It’s almost a visual created to show this CGC is at the top, but really, the President’s Council is still where everything transpires,” Swensen said. 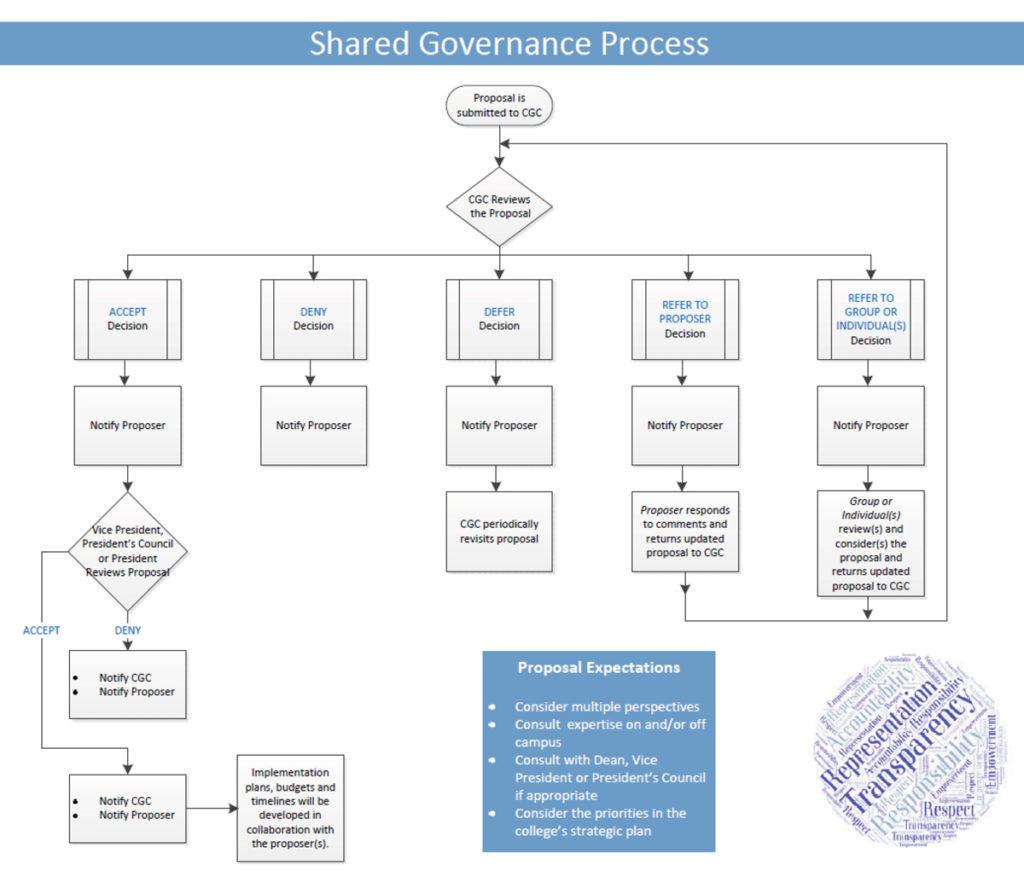 Pictured above is the visual included in the shared governance draft proposal explaining how the approval process for proposals would work under this model. Ithaca College Shared Governance Task Force

Devan Rosen, assistant professor and emerging media program director, said the draft was a good first step but that it should be amended to say that policies and proposals created by the President’s Council would also need to go through the CGC.

At the meeting, Paula Ioanide, associate professor in the Center for the Study of Culture, Race and Ethnicity, said she is concerned that there are no proposed changes to the authority of the board of trustees in decision–making.

“If the board of trustees’ final approval authority ultimately never changes, then how are they a part of shared governance?” she said.

Ioanide said that if it is not the draft’s intention to equally distribute power among campus constituents, then it should clarify that it intends to have more shared communication and more shared transparency between groups.

“What this charter is aiming to do is kind of bring multiple constituents together and see how we can have better decision-making,” Greene said. “It’s not necessarily that you’ll see maybe the optimistic view in which you can overrule what the trustees might think is best.”

McNamara said she does not believe there is a model of shared governance at any college where a board of trustees gives up its final decision-making power for the institution.

“We had to, as a task force, look at the rules and the bylaws of the college, the responsibility of the board of trustees, the responsibilities of the upper administration, and try to develop a template that improved communication among the constituencies,” McNamara said.

Junior Michele Hau, a student representative on the Shared Governance Task Force, said the task force has not yet heard enough feedback from students to summarize their reactions to the draft. An informational session will be held Nov. 7 dedicated to student feedback.

Mara Erb, an SGC senator, said she thought the document was organized and had clear language and a helpful visual at the end.

“This is not to say the document is perfect or cannot be improved, but overall, I am impressed with it,” Erb said.

The most recent open feedback session was held Oct. 27 and was attended by approximately 20 staff members. Many of the staff members who spoke openly at the session said they did not want to be identified, but many raised concerns outside of the shared governance draft. When David Prunty, executive director of auxiliary services, asked how many attendees read the draft, only two said they had briefly skimmed it.

Petrosino said the task force is willing to be flexible to change the draft after it analyzes all the feedback it receives.

“Our responsibilities are to listen and to fully listen 100 percent before we come together and say ‘What are our next steps?’” Petrosino said.

The task force has met or plans to meet with groups representing the five schools at the college and all of the governance groups on campus including the Administrative Assembly, President’s Council, Staff Council, Student Governance Council and Faculty Council to collect feedback on the draft. The group will have another open community session to discuss the draft Nov. 3 in Textor 102.

Currently, the plan is that after the feedback sessions end Nov. 11, the task force will begin reviewing all the feedback it has received and decide how to amend the draft. Petrosino said the task force does not know if the campus community will be able to see the modified draft before it is brought to the board of trustees at the March 2017 meeting.