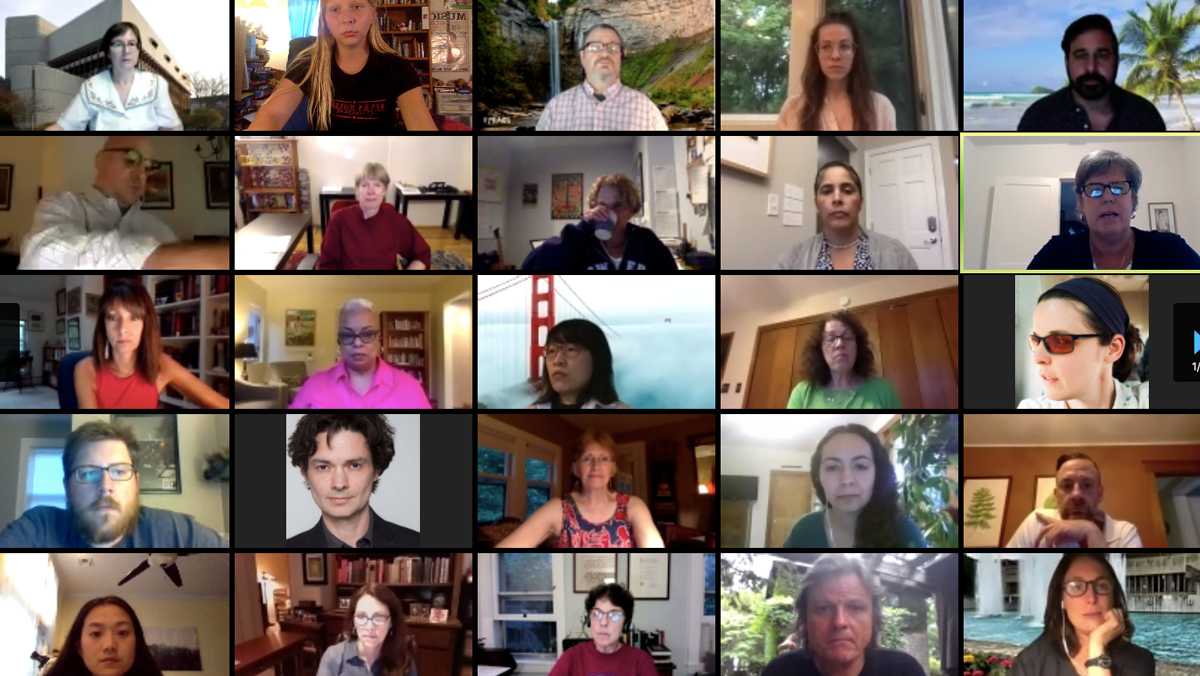 Ithaca College President Shirley M. Collado shared plans for remote instruction and information about enrollment with the Faculty Council at its Sept. 1 meeting.

The college announced its transition to remote learning for Fall 2020 on Aug. 18. Collado said that the institution needs to start recalibrating its size to fit with lower enrollment numbers and determine areas where it can downsize and grow. This is part of the college’s five-year strategic plan, Ithaca Forever. Meanwhile, Collado said that the college is working to develop a way it can return to in-person instruction in the spring.

“We’re entering a time not only in this virtual space that we’re sharing right now continuing our remote instruction this fall, but it really is with the backdrop of a country that is tied up in knots,” Collado said. “And we’re trying to be a healthy campus, a strong college in the face of all of this while being remote and while managing what we can manage around public health.”

Rebecca Lesses, associate professor and Jewish Studies coordinator for the Department of Philosophy and Religion, asked when the college will be notified of the enrollment numbers for the fall semester.

Collado said the administration is looking at the registration patterns for new students and returning students based on two dates. Bills are due Sept. 8, which is later than usual to give students and families time to make decisions about their enrollment. The last day students will be able to request a leave of absence without tuition liability will be at the end of the add/drop period Sept. 14.

Collado said that the college will be giving real-time updates to the faculty and will also update the faculty at the All-Faculty Gathering on Sept. 9.

La Jerne Cornish, provost and senior vice president for academic affairs, said that she will ensure transparency and proper communication to the faculty. During Fall 2019, the Faculty Council voiced concerns about the lack of transparency from the administration, prompting an acknowledgment of a lack of communication from Cornish’s office.

“We may not always agree, but I don’t ever want you to feel like you’re in a situation where you’re going to be surprised,” Cornish said.

Chris McNamara, clinical associate professor and clinic director of the Department of Physical Therapy and chair of the Faculty Council, said that the Faculty Council Executive Committee has met with Cornish weekly over the summer to discuss the evolving academic scene.

During the Faculty Council meeting, Brad Hougham, associate provost for faculty affairs, said that faculty members who are repeatedly returning to campus will need to be tested on a weekly basis. However, Hougham said faculty members are encouraged to avoid being on campus altogether. Faculty members will be allowed to teach their virtual classes in classrooms or offices.

The testing, in the form of a nasopharyngeal test, will be at no cost to the faculty. Results will take approximately 24 hours, and the Tompkins County Health Department (TCHD) will notify those who test positive. TCHD will also initiate contact tracing and indicate areas of the campus that will need to be shut down.

On-campus testing for faculty and off-campus students will occur from 8 a.m. to 2 p.m. Sept. 4 and from 9 to 10 a.m. Sept. 5 in the Athletics and Events Center. Faculty members should not come to the on-campus testing area if they are symptomatic. Instead, the college asks that they go to the testing site at The Shops at Ithaca Mall.

Faculty members will also be required to take daily health screenings each time they plan to travel to campus, Hougham said. Students and faculty members who are on campus must also sign a community agreement, which details the new rules and behavior that the college community must follow.

Jeane Copenhaver-Johnson, associate provost for academic programs, called for the Faculty Council members to create a proposal on an academic program assessment committee. The committee would focus on student learning outcomes in every program.

The Faculty Council voted to vote during its October meeting on a bylaw amendment that would allow retired faculty to return to the Faculty Council at any point in their retirement for a one-year term as a nonvoting member to provide institutional knowledge to the rest of the council.

Before voting on whether to vote on the amendment at the next meeting, however, the council debated its voting methods. Normally, the council members raise their hands for a yes or no vote. Since the meetings have become virtual, however, the members were voting through the Zoom chat functions.

McNamara initiated an anonymous vote for the September meeting after hearing from the Faculty Council members that they felt the environment was too hostile to vote publicly. Ari Kissiloff, assistant professor in the Department of Strategic Communication, asked for a roll–call vote, but the council voted against it and remained with the anonymous voting method. Through the anonymous voting method, the council decided to vote on the amendment at the next meeting.