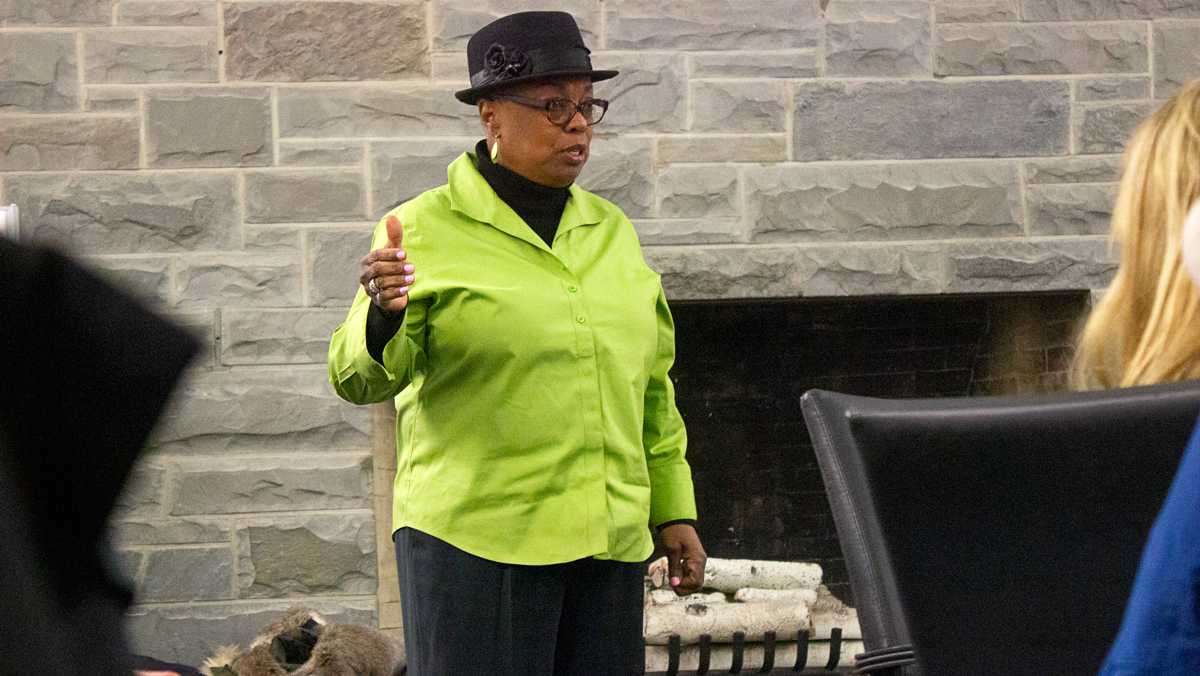 La Jerne Cornish, provost and senior vice president for academic affairs, acknowledged a lack of transparency and communication on the part of her office with the college’s faculty during the Ithaca College Faculty Council meeting Nov. 12.

At the Faculty Council meeting Oct. 1, faculty members voiced concerns about the lack of communication from the Office of the Provost regarding decisions that impact faculty. Thomas Pfaff, professor in the Department of Mathematics, shared similar concerns regarding transparency in an email sent to faculty members Oct. 7. At the Nov. 12 meeting, Cornish said the college will hold an all–faculty meeting Nov. 14 in which faculty members can address concerns they have had throughout the semester.

She talked about the lack of communication regarding the dean searches for the School of Music and the Roy H. Park School of Communications as well as a lack of transparency regarding the college’s strategic plan, Ithaca Forever.

Cornish also encouraged faculty to confirm information they hear from other faculty and staff with the Office of the Provost directly to stop the spread of misinformation. Cornish said she plans on sending a monthly newsletter to faculty with updates to be more transparent.

Phil Blackman, assistant professor in the Department of Accounting and Business Law, said he was frustrated regarding the lack of communication about the strategic plan between administration and faculty. He said the strategic plan looks like a public relations campaign.

“Frankly, I’m worried about the strategic plan in the sense that it looks like a PR campaign right now,” Blackman said. “I would prefer, and I would hope that everyone would prefer, that we get that work done before we decide to spend 100 million dollars. Park is bursting at the seams, [the School of Humanities and Sciences] is woefully underfunded and undersupported, the website needs to be scrapped and rebuilt. We have real needs that the strategic plan needs to address.”

In response to Blackman’s comment, Cornish said she thinks capital projects and rebuilding Phillips and Egbert halls are important so students have a central location on campus to study and spend time.

“We’ve got to do project prioritization, and we’ve got to do some work to see what’s feasible,” Cornish said. “But at the end of the day, whatever capital projects we choose to do then will be chosen because the students are our ‘why.’”

Cornish also said that no decisions have been made regarding what projects will be funded. Blackman said that any projects that are started need to encourage enrollment and generate revenue for the college.

Cornish also talked about her conversation with faculty in the School of Music about creating a new school at the college that would embody all music programs as well as Department of Theater, which is currently located in the School of Humanities and Sciences. There is no plan to create a new school.

“I am not eliminating any school,” Cornish said. “I asked a question to the School of Music faculty, and I said we are searching for a new dean. Have we ever considered if it was time to think about a school of music, performing and visual arts? I heard a resounding no.”

Cornish also said the rumors concerning the Park School “going out of business” are not true.

Chrissy Guest, assistant professor in the Department of Media Arts, Sciences and Studies, asked Cornish if there were updates on recommendations from the Student Success Committee report.

Cornish said the college plans to revive the Student Success Committee to develop new strategies and ideas for student success and retention rates.

Baruch Whitehead, associate professor in the Department of Music Education, raised concerns about the relationship between retention rates and financial aid.

Guerrero said one of the biggest challenges with the college’s financial aid and student enrollment is adjusting to the number of higher-level staff changes that have happened at the college in the last year.

Guerrero also said the college distributes $137 million in institutional financial aid to make the college more affordable. He said the strategic plan includes ways to improve retention rates and the financial model of the college.

Kobler spoke about generating revenue for the college. She said she plans to connect with the alumni network through the alumni relations team to obtain more gifts from college alumni.

Correction: A previous version of the story said  “Frankly, I’m worried about the strategic plan in the sense that it looks like a PR campaign right now,” Blackman said. “I would prefer, and I would vote that everyone would prefer, that we get that work done before we decide to spend 100 million dollars. Park is bursting at the seams, [the School of Humanities and Sciences] is woefully underfunded and undersupported, the website needs to be scrapped and rebuilt. We have real needs that the strategic plan needs to address.” The story has been corrected.