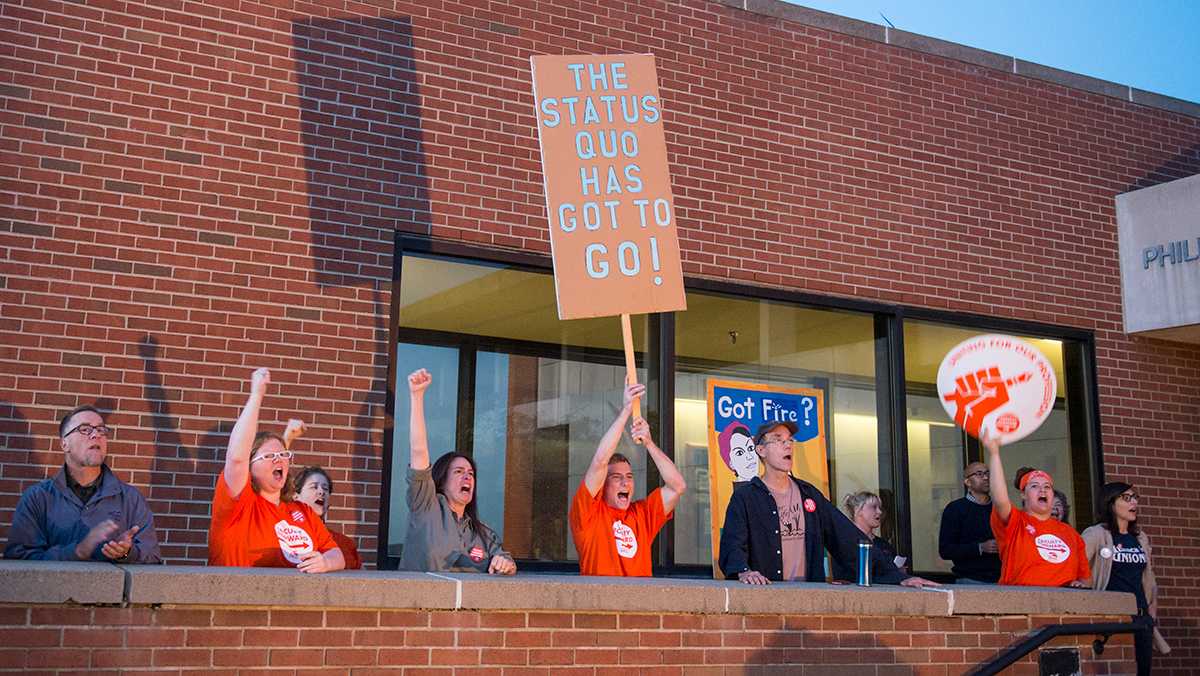 Sam Fuller/The Ithacan
Pictured above is a previous rally held for the contingent faculty union. On Dec. 8, the union will be holding a press conference to discuss the possibility of holding a strike vote next semester.
By Grace Elletson — Assistant News Editor
Published: December 7, 2016

The Ithaca College contingent faculty union will hold a press conference Dec. 8 to announce that it will consider a strike vote next semester if an agreement is not made on contracts and pay raises, according to a press release issued by Pete Meyers, coordinator of the Tompkins County Workers’ Center.

The union has been negotiating a first–time contract with the college since October 2015. Since then, they have tentatively settled on 16 proposals, but the union is still trying to negotiate wage increases and extended contracts for contingent faculty.

The press release states that the administration “has still not engaged in any substantive discussion on the value of ‘equal pay for equal work’ at Ithaca College” and that the union is also concerned about “the lack of security in the teaching assignments of full–time contingent faculty.”

Rachel Kaufman, lecturer in the Department of Writing, passed out a letter to the Faculty Council during its Dec. 6 meeting, outlining the issues the contingent faculty at the college is trying to address in bargaining for a contract with the administration.

Since the union feels the administration has not been willing to negotiate on these issues, it will be announcing that, if a contract agreement cannot be made before early next semester, it will consider holding a strike vote, Meyers stated.

Brody Burroughs, lecturer in the Department of Art, confirmed that the press release represented the position of the union.

The press conference will be held at noon Dec. 8 in the Peggy Ryan Williams Center.