Faculty workshop to address micro-aggressions in the classroom 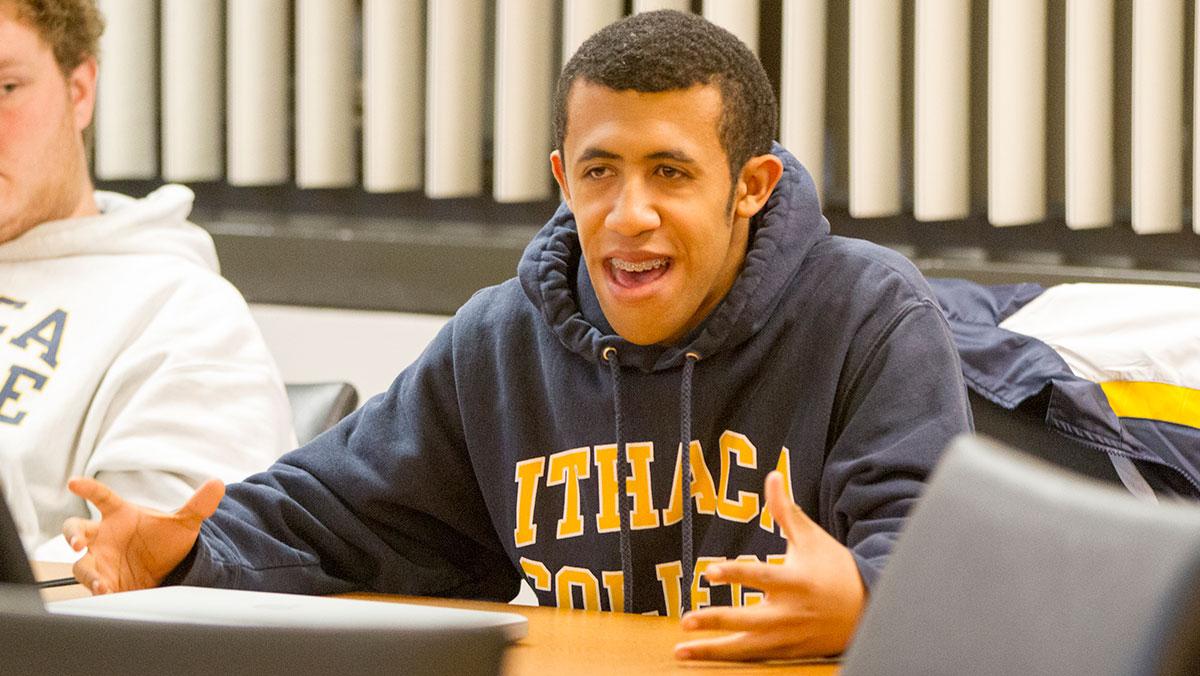 Student concerns about micro-aggressions, as addressed in a series of bills passed by the Student Government Association, will formally reach faculty discussion in an upcoming workshop.

The purpose of the workshop, which will take place from 1–3:30 p.m. Dec. 4 in the Taughannock Falls Room, is to educate faculty members on what they can do to ensure that students feel safe from discriminatory tendencies within the classroom environment.

Facilitated by Belisa Gonzalez, associate professor of sociology, the interactive workshop is titled “Navigating Micro-aggressions, Micro-inequities and Unconscious Bias,” and will explore how micro-aggressive bias plays into everyday life. Gonzalez said she will share her research on these topics and provide steps for identifying and minimizing discriminatory behaviors.

“The workshop is going to be basic in the sense that many people are not really sure what micro-aggressions are,” Gonzalez said. “We’ll talk about why they’re important and about their effects, because they have a cumulative impact on students and faculty and really everyone.”

Micro-aggressions are “brief and commonplace daily verbal, behavioral or environmental indignities, whether intentional or unintentional, that communicate hostile, derogatory, or negative slights and insults” toward minority populations or commonly subjugated groups of people, as defined by a report titled “Racial Micro-aggressions in Everyday Life” from the Teachers College at Columbia University.

Gonzalez said she plans to reach out to faculty before the workshop to see how much they already understand about the micro-aggressions issue.

“My assumption is that anyone who attends the workshop wants to know about micro-aggressions, but they’ll be at various places in their understanding,” Gonzalez said. “Some will have no idea what micro-aggressions are, and some will have an idea but not know how to combat them. I want to capture where the attendees are at, so I don’t aim too high or low in a definition and to talk specifically about what we can change.”

The issue was recognized in a town hall–style meeting with the Student Government Association’s Task Force on Diversity and Inclusion last April, at which students presented examples of micro-aggressions they had witnessed or committed. The SGA later furthered the cause by passing five bills this semester to target micro-aggression issues in each of the college’s five schools individually.

The School of Health Sciences and Human Performance was the first to receive attention for micro-aggressions with the bill that was approved on Sept. 8. The school is scheduled to host a separate workshop at noon Nov. 20 for its faculty specifically, which Gonzalez also will facilitate.

Stephen Mosher, sport studies coordinator and professor, has been advising and supporting the HSHP SGA representatives about the micro-aggressions issue since the April meeting. He said he believes the issue needs immediate attention and looks forward to the steps HSHP might take to combat the problem.

“In the meeting last April, I heard several micro-aggression stories out of HSHP that horrified me,” Mosher said. “Students and I have since met with the school’s deans to discuss concerns and possible remedies. The HSHP workshop on micro-aggressions is a good start to help educate faculty and to potentially discuss future actions.”

On Oct. 10, SGA members Elijah Breton, Kyle James and Madeline Haftel met with Mosher, occupational therapy professor Carole Dennis and HSHP dean John Sigg to discuss the issue and how to move forward with the bills that were passed. They agreed to draft a micro-aggressions policy statement to be inserted into HSHP faculty syllabi, but the statement has not yet been explicitly shared with faculty.

“My own thought is that we should share the draft with faculty after the upcoming workshops so that they will perhaps be in a good place to consider using the statement,” Dennis said.

Mosher said he likes the statement and believes it has a place in professors’ syllabi.

“Personally, I think it is clear, concise, and I am inclined to include it in my syllabi,” Mosher said. “My students already know the spirit of the classroom and that it is a safe learning environment, but this statement would be an explicit statement to that end.”

However, some faculty members have expressed discontent with the idea of putting the policy in their syllabi. Gonzalez said she feels it is unnecessary and potentially detrimental to students’ perceptions of the classroom environment.

“Putting a statement in your syllabus doesn’t necessarily mean that things will change,” Gonzalez said. “While I understand why this might have been a suggestion, it might give a false sense of safety to students.”

Breton said he is excited that HSHP is taking the initiative to implement the bills.

“At first, I was disappointed that the HSHP micro-aggressions committee had only had a few meetings with the administration, especially since I won’t be at school to work on the bill next month,” Breton said. “But when I found that they’re talking about creating a statement for faculty to put in their syllabi, I was really happy to see the bill going somewhere.”

Considering the progression of the micro-aggressions discussion in HSHP, the SGA passed the bills for the School of Humanities and Sciences, the School of Music and the Business School at its Nov. 3 meeting.

When the SGA micro-aggressions bill was passed for the Roy H. Park School of Communications on Oct. 13, the school’s dean, Diane Gayeski, urged faculty to get involved with the issue. She is currently working with colleagues on campus and the SGA representative for the Park School, sophomore Griffin Schultz, to motivate the community to participate.

“Just as we participate in professional development and training on issues such as sexual harassment and accommodating students with disabilities, I strongly urge everyone in the Park community to take advantage of resources related to micro-aggressions,” Gayeski said in an email addressed to Park School faculty on Nov. 14.

Considering the diversity issues among other problems causing protests at Syracuse University, Gonzalez said she hopes to empower faculty to take action in the issue since most instances of micro-aggressive behavior occur within the classroom, and students are often in the position of having to call out to their professors for help.

“As faculty members, we have the power in the issue,” Gonzalez said. “We need to recognize that micro-aggressions are the new racism, sexism and other overt forms of oppression. It’s what we call ‘death by a thousand paper cuts.’ They’re often subtle, but constant, relentless and overwhelmingly cumulative.”