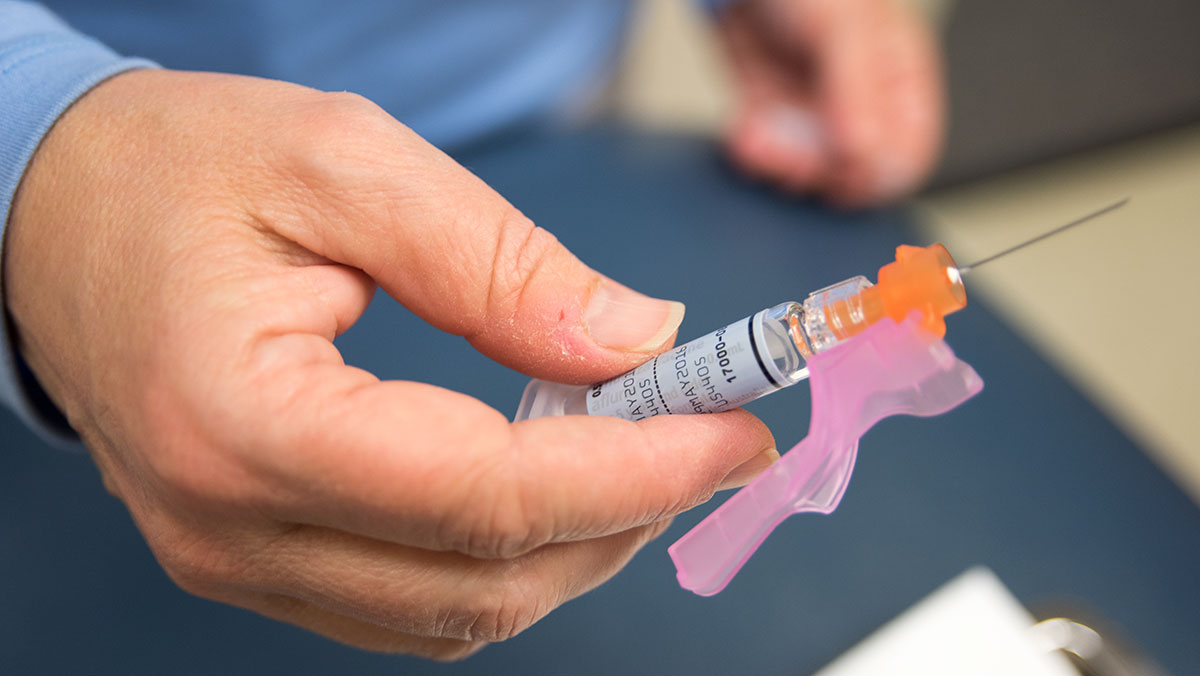 This is the second year that Mary Bentley, associate professor in the Department of Health Promotion and Physical Education, and her undergraduate students in public and community health and graduate students in health education worked on the Point of Dispensing project. POD focuses on assessing the campus’s ability to conduct a mass medicine dispension during a time of disaster. Last year, only faculty and staff were invited to receive shots, but this year students could receive a flu vaccine, too.

“We planned it for a year before we did the first one,” she said. “This has been a long process of working with almost every entity on campus, in our department and with Tompkins County Health.”

When proposing the POD program to the review board for human subjects research, Bentley explained the data gathered from this program could work to give students medical training and also assess the college’s ability to provide medical assistance during a state of emergency.

By participating in the administration of this program, health students, like senior Raviv Dlin, are also eligible to receive a level IV distinction by the Medical Reserve Corps, a governmental volunteer organization. This is the second–highest level of MRC distinction, and it gives volunteers the credentials to be disaster service workers.

“We were already in the Medical Reserve Corps,” he said. “By being involved in a POD each year, we are able to get that level IV distinction, which means we can do activities if the organization ever needed us.”

After receiving their flu shot, individuals were prompted to answer a brief survey about their experience with the POD event and their willingness to learn more about other forms of disaster prevention. If survey results show an interest for other forms of prevention during hurricanes, storms or fires, Bentley said there could be future events like POD.

“If there’s an interest, we could educate students to lead workshops on other forms of disaster prevention,” she said. “But we will not know until we see the [survey] results.”