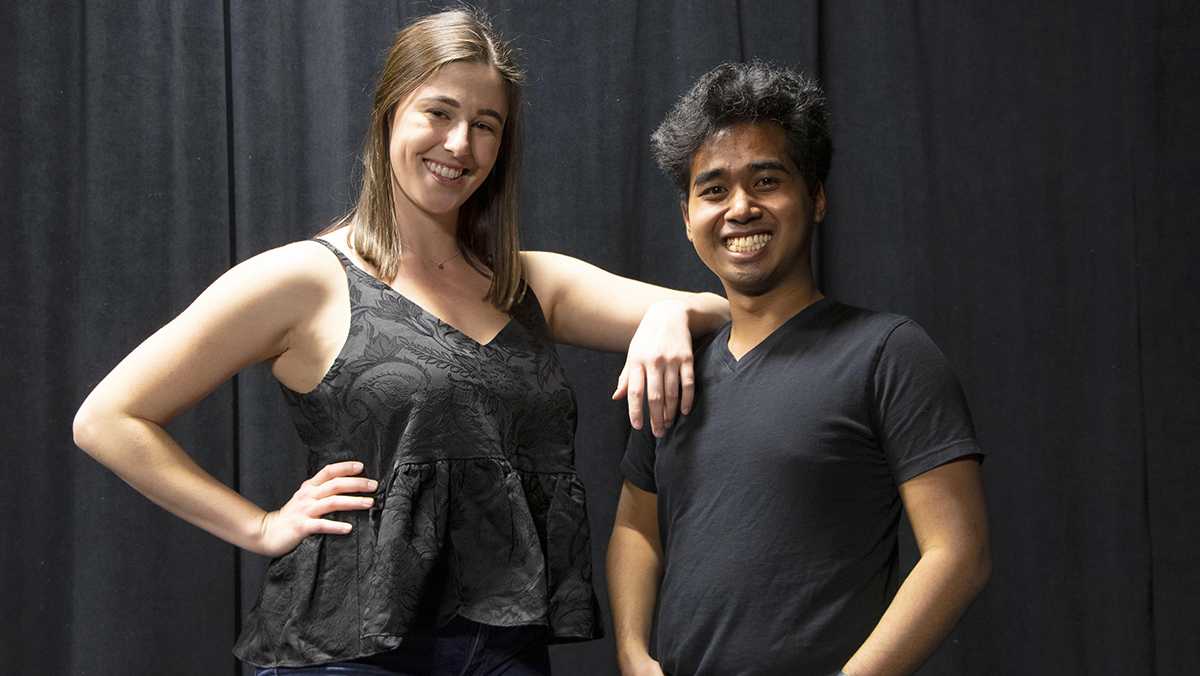 Courtesy of Eva Kirie and Jay Healy
Co-founders senior Eva Kirie and junior Jay Healy said they started Human By Design out of a collective love for fashion and because they wanted to be leaders on campus.
By Makayla Carozzolo — Staff Writer
Published: March 11, 2021

The new Ithaca College fashion organization, Human By Design (HBD), was created by students with a mission to put humanity into the fashion industry.

Co-presidents senior Eva Kirie and junior Jay Healy launched the organization in December 2020. Kirie said they started HBD out of a collective love for fashion and because they wanted to be leaders on campus. The organization’s adviser is Ann-Marie Adams, instructor in the Department of Media Arts, Sciences and Studies.

“As someone that’s a person of color as well as part of the LGBT community, fashion doesn’t really reflect that all too well in terms of how someone looks or what their sexual orientation is,” Healy said. “So for me, putting that humanity back into the fashion organization is really crucial.”

Healy said that seeing a model walking down the runway who looks like him is inspiring. He believes that starting at the collegiate level will push for the change in how people are represented in the industry.

“Not only do we see a few people of color on the runway, but we also don’t see enough representation in all forms of sexual orientation, body size, every which way,” Healy said.

Healy and Kirie said they met through HiFashion Studios, another fashion organization on campus. Healy said he and Kirie wanted to build their own space where students could feel like they are part of a larger community. He said he does not want their models to just be brought on for one event then let go.

“We created Human By Design because we both truly really love fashion, and then we wanted to create an organization that not only gives people — whether they are content creators, whether they’re models — the opportunity to practice that craft but so they can also grow,” Kirie said.

Kirie said HBD wants to produce content through photoshoots and runway shows, but they also plan to host courses for their members. She said these workshops are intended to teach and expand the skills of their photographers, videographers and models. Additionally, members on the creative team in HBD are the ones who style the models.

Kirie said HBD has events in the works for the future, one of them being a “Talk with the Pros” for students in the organization. This will allow students to meet with alumni and other industry experts to get a deeper understanding on topics within the fashion industry.

Kirie said the group is planning on having themed photoshoots in the future and that a goal is to create a lookbook, similar to an issue of Vogue. She said they are also planning on hosting a livestream runway show.

Junior Megan Sileo, public relations coordinator for HBD, said she and the PR team have been raising awareness of the organization through social media.

“My role does look a little different just because of COVID,” Sileo said. “If we didn’t have the pandemic, I’d probably be booking rooms, scheduling things, putting out press releases, just getting things to a mass audience more. Now that we have COVID and most people are online, we’re trying to expand our social media presence.”

Both Healy and Kirie expressed how nerve-wracking it was to start up a new organization. Healy said he hopes to see more individuals with similar passions join HBD.

“This is like a child to us,” Healy said. “We really want to see it grow, as well as expand, and mature into something that we can look back on and say we helped raise, and we really made a difference in people’s lives. Because, for us, that is one of the most important things coming out of this.”