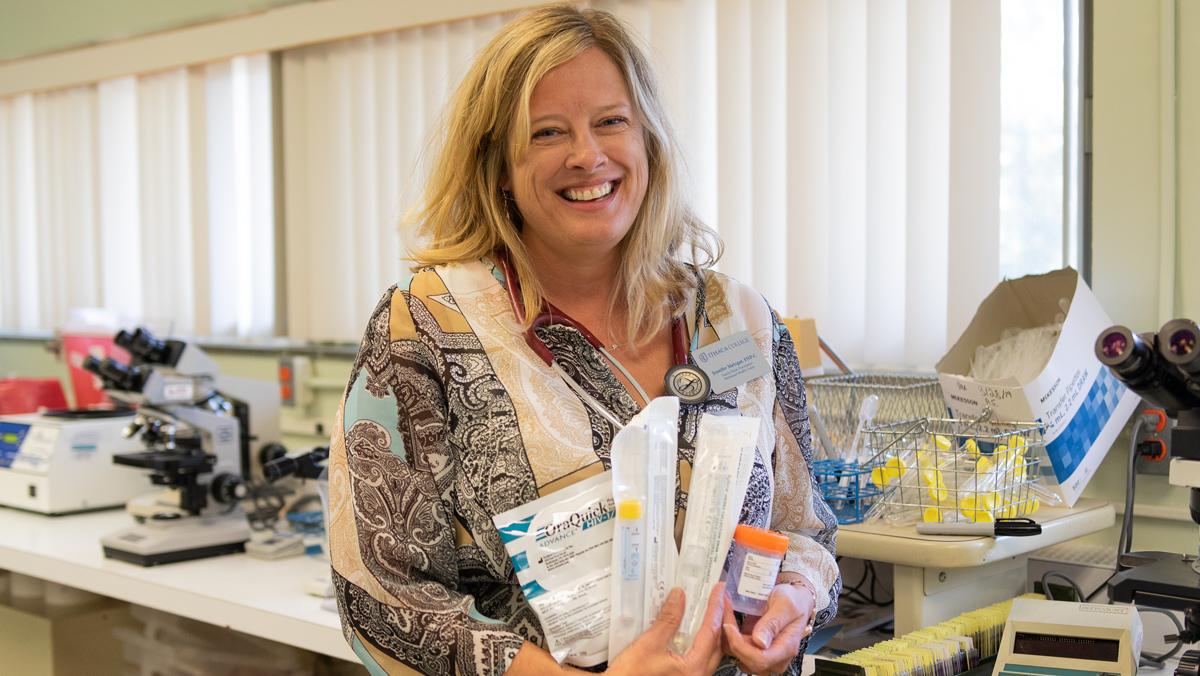 The clinic was implemented in Spring 2019 and operates from 4 to 6:30 p.m. one day every week, said Jennifer Metzger, nurse practitioner at the Hammond Health Center. Metzger said the clinic is meant for students who do not have symptoms of STIs and are only looking to have a routine STI test.

Metzger said she decided to start the clinic because of the high number of students making STI testing appointments. One in two sexually active people will get an STI by the age of 25, but only 12% will get tested, according to the American Sexual Health Association.

Metzger said the clinic will allow students to be tested sooner because the clinicians can test students more efficiently. The appointments are only 10 minutes long instead of the Hammond Health Center’s usual 30–minute appointments, she said.

Metzger said she believes the high demand for testing is because of increases in both awareness of STIs and access to testing.

“I think that there’s really more education and more awareness around STIs, and I think there’s some change in insurance reimbursement, so it’s being covered better,” Metzger said.

Metzger said that testing is most often a urine or saliva sample and results are usually available within two to seven days after testing. Treatment for positive results depends on the type of STI a patient has, but Metzger said most STIs encountered at the college are treated with antibiotics, which are available at the Hammond Health Center.

She said most insurances cover STI testing, and the staff at the Hammond Health Center do not want the cost of testing to prevent students from making appointments. Metzger did not disclose the price of the tests but said she encourages students whose insurance does not cover the cost of testing to talk with a clinician at the Hammond Health Center about finding another option.

Metzger said appointments can be made online at myichealthcenter.ithaca.edu or over the phone by calling the Hammond Health Center at (607) 274-3177. She said appointments can usually be made within two weeks. Metzger recommends that sexually active college-aged students have an STI test every year.

“It’s self-care really, just like you would go to the dentist for regular checkups,” Metzger said.

Metzger said the clinicians can send labs to test for chlamydia, gonorrhea, syphilis, herpes and HIV. The most common STI on campus is chlamydia, Metzger said. Chlamydia is the most commonly reported STI in the United States and can limit a woman’s ability to become pregnant if untreated, according to the Centers for Disease Control and Prevention. People with chlamydia are often asymptomatic, according to the CDC.

During the 2017–18 academic year, 6% of all students tested for STIs had positive test results for chlamydia, according to data collected by the Hammond Health Center. The rate has decreased since the 2014–15 academic year when the rate was 8%. During that same time, the number of students getting tested increased from 490 to 947, according to data from the Hammond Health Center.

Maureen Kelly, vice president for programming and communications at Planned Parenthood of the Southern Finger Lakes, said easy access to STI testing is important for colleges.

“Providing access is a wonderful first step,” Kelly said. “At Planned Parenthood, we love having partners at local colleges committed to the sexual health and well-being of the student population. We are thrilled to see Ithaca College providing this service.”

“I think the clinic is a good idea, especially in college where people are trying new things and sex is included as one of those things,” McGee said. “I think Ithaca College provides a lot of good opportunities for safe sex practices, and then this additional STI testing just makes it even better.”