IC class releases podcast on media use among young people 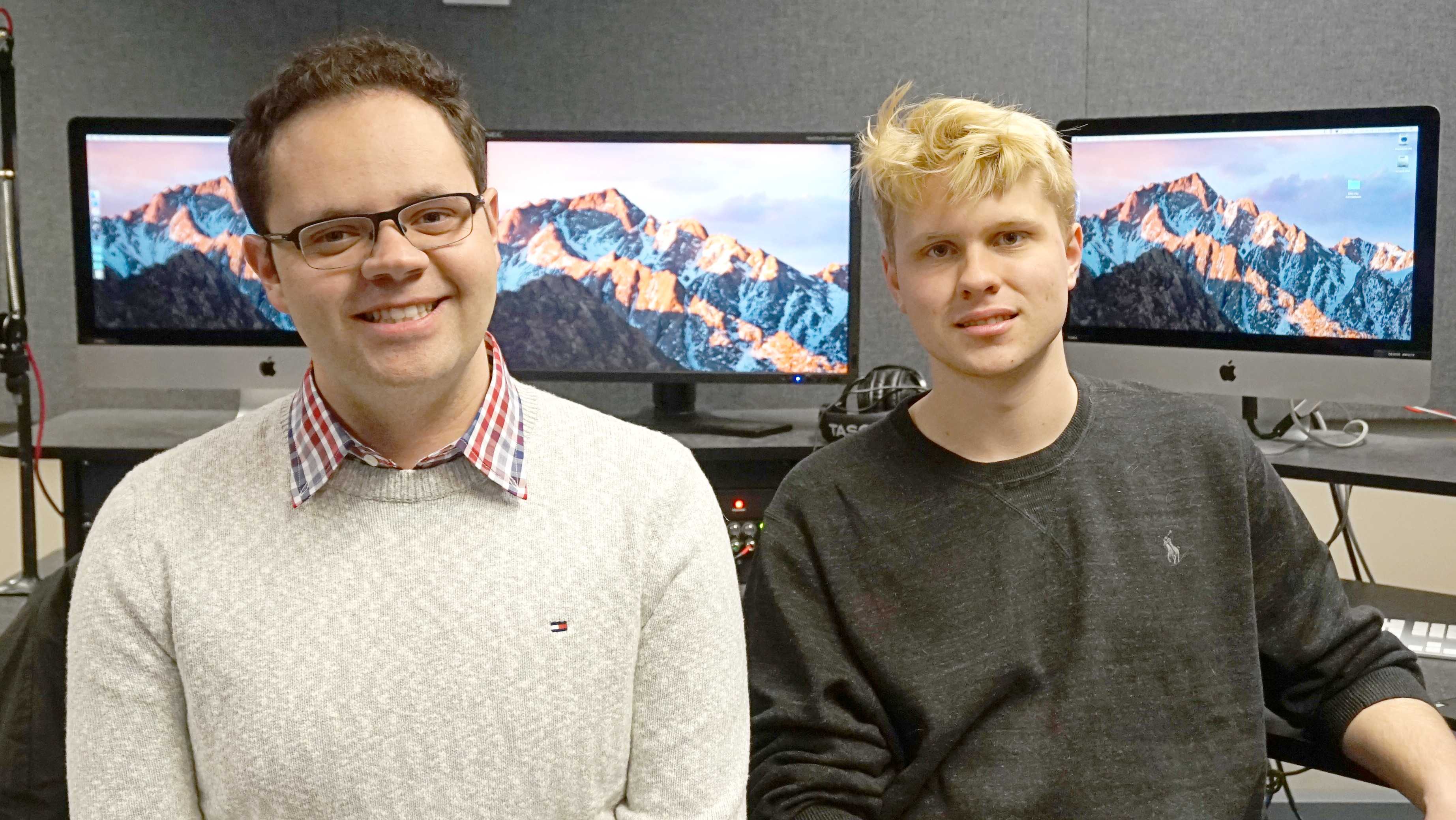 Sabrina Chang/The Ithacan
From left, seniors Bryan Delaney and Tyler Lussow, hosted “For the Love of Discourse,” a podcast about media use among millennials and Generation Z.
By Mary Rand — Staff Writer
Published: January 29, 2019

The podcast, titled “For the Love of Discourse,” has four episodes discussing social media, texting, phone calls and email. The discussion examines the findings of a survey the class designed in 2016 and administered in 2017. Over the course of each episode, the hosts, seniors Bryan Delaney and Tyler Lussow, compare the findings of Lab18’s survey to similar surveys administered by national groups like Gallup or the Pew Research Center on similar topics.

The podcast was just one part of Lab18’s course goals. The class was meant to simulate a public relations firm and takes on real clients. According to the class website, the survey was done to use information on younger generations’ communication habits in order to create effective public relations tactics for businesses.

Delaney said Lab18 chose to share the findings from the survey in an audio format to make the information accessible for listeners on the go and to have a more effective discussion.

“A lot of the information we collected warranted conversation,” Delaney said.

The survey was the culmination of three years of work between Lab16, Lab17 and Lab18, the previous class sections, said Ann Marie Adams, an instructor in the Department of Strategic Communication. Lab16 designed the survey, and Lab17 administered it to approximately 2000 people online through the Qualtrics service, and it received 1200 valid responses, according to the podcast.

Adams said the majority of respondents were from the Ithaca community and New York, but some were from beyond that area.

Lussow said the class worked together to write scripts for the episodes and include their own findings from their analysis.

“Having the wealth of everybody else’s different perceptions on it was good,” Lussow said.

Lussow gave an example of a notable finding in episode four. In the episode, the hosts explained that email had a 100 percent rate of use among the 18–24 age group, but the preference for email was as low as seven percent. Lussow speculated the difference may be due to anxiety which comes from using email to communicate with professors or other authority figures.

“In terms of opening up the door for a greater discourse, I thought that was pretty effective,” Lussow said.

In the first episode, the survey found that 90 percent of respondents in the 18–24 age group regularly use Facebook, along with 96 percent in the 25–34 age group. The hosts speculate that this information could be valuable for small businesses, so they might keep a more robust Facebook presence in order to reach those age groups.

Beyond the time-specific nature of the surveys, the Pew study used to compare information about email–use is from 2011, seven years removed from Lab18. Delaney said the podcast was valuable for examining continuing generational similarity.

“There’s constantly new platforms and new means of communication that continue to rise each year,” Delaney said. “[But] the mannerisms of the generations have not changed.”

Lab18 previously showcased their work, including the podcast, in an exhibition during the fall semester, which displayed their work with Ithaca Neighborhood Housing Services and the Collegiate ECHO Marketing Challenge.Lussow speculated that future years of the course may continue to examine this survey and extend the podcast or conduct a new survey, but could not confirm a specific plan.

‘Past Deadline’: Trump, the media and biases

Special report: a look at the millennial mindset