IC collaborates with TC3 and Cornell on hub for ideas 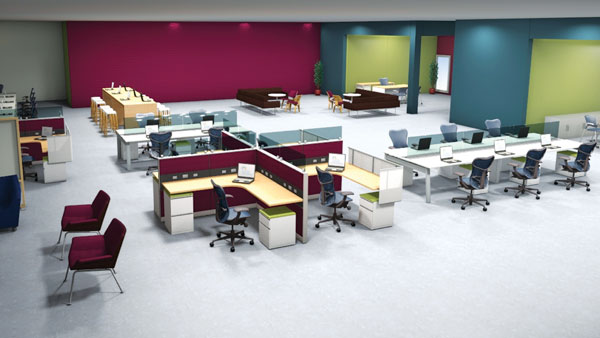 A new 9,000-square-foot Downtown Ithaca Incubator will provide a location for Ithaca College students to collaborate with students from Cornell University and Tompkins County Community College, as well as with professionals, while working to create start-up businesses.

Officials announced the development of the Downtown Ithaca Incubator at a press conference Jan. 16. Local government officials, as well as representatives from Ithaca College, Cornell and TC3, were in attendance at the event.

The Downtown Ithaca Incubator will be a shared space, located in the Carey Building at 314 E. State St., about three blocks from the Boardman House in DeWitt Park, where Ithaca College was originally founded. The newly designed area will be a hub for rising young entrepreneurs to collaborate on projects. This two-floor space will encourage the flow of ideas for startup businesses specifically within the Ithaca area.

Ithaca College President Tom Rochon said he received a call from Cornell President David Skorton and within the first five minutes of describing the collaborative project, Rochon agreed to partner.

“A big part of my interest in the incubator and having Ithaca College be involved was because of the direct educational impact it will have on the students,” Rochon said. “I’m very happy to support the development of an entrepreneurial culture in the region.”

Initially, Rochon said he thought students who are directly studying entrepreneurship could use the incubator, but after more thought, he said students throughout the college could propose ideas for development at the facility.

“I was very happy to have Ithaca College be a participant in getting this started because it was easy for me to see that there would be educational benefits for students from every school within the college,” Rochon said.

Through the Empire State Development Corporation, the city will receive $1 million to renovate and build the current layout of the space in the Carey Building to be more open and updated, Mary Opperman, vice president for human resources and safety services at Cornell, said.

“To assist new companies in early stages of development and to encourage them to stay here in our community as they grow and expand, the incubator will serve as a focal point for growing startup ecosystems in Tompkins County,” Opperman said.

Rochon said this project is a natural complement to the growing undergraduate programs in entrepreneurship.

“This is going to be an enormous benefit to our students, who will get to see the entrepreneurial spirit in action, who will lend their own advice and their own support and work,” Rochon said.

The incubator will be a good place for students to work with other students in Tompkins County, Zuckerman said. They will be able to work on projects through the summer and winter breaks as well as during the academic semesters.

“I think that this will be a great opportunity for our IC students to interact with other students from TC3 and Cornell as well as the startup companies here in the space because the space is going to be very open, very collaborative, and so interactions can happen both in a planned way … and with unplanned interactions,” Zuckerman said.

Rochon emphasized the community connection the college has always had with the city and said the connection will continue through the Downtown Ithaca Incubator project, as more students will be working downtown.

As a student who participated in Ithaca College’s annual Business Idea Competition in the fall, junior Andrew Sowers said he would have used the space to collaborate with like-minded people to discuss the validity of his team’s ideas and practice their pitch to professionals that could give them feedback prior to the competition.

“In an incubator space, it’s about rapid growth, it’s about failing fast,” Sowers said. “If you get an idea, you don’t want to drag it out if it might fail, you want it to fail immediately so you can learn from that mistake and move on to the next one.”

In the future, Sowers said, the incubator will be a good place for upperclassmen to work on ideas that will carry them after graduation, and for underclassmen to build their resumes while working with students and professionals to learn about entrepreneurship.

Tom Schryver, executive director of new venture advancement at Cornell and Downtown Ithaca Incubator planning team member, said Tompkins County has received $57 million between 2008 and 2012. The money was acquired through the Small Business Innovation Research Grant, a federal grant given to startup businesses to commercialize ideas coming from universities. This amount, he said, is more than half as much as that received in New York City during the same time period.

Schryver said there are five elements that make up a good entrepreneurial model: coaching and mentoring; a network of potential employees, service providers and partners; a community of entrepreneurs; access to capital; and access to a workspace.

Projects that begin in the incubator will have tremendous tax benefits for up to 10 years through Governor Cuomo’s Start-Up New York Plan, Skorton said. This, he said, will encourage businesses to stay in the Tompkins County area and keep the economic growth local.

“It’s going to be partly direction toward money, advice on how to do the mechanics of setting up a business, and partly moral support when you’re starting something that hasn’t been done before and the odds are against you, talking to someone who is maybe one step ahead of you down the path,” Skorton said.

As a great college town, Rochon said, Ithaca should be more than great restaurants and beauty. He said it should be about connecting within the community too.