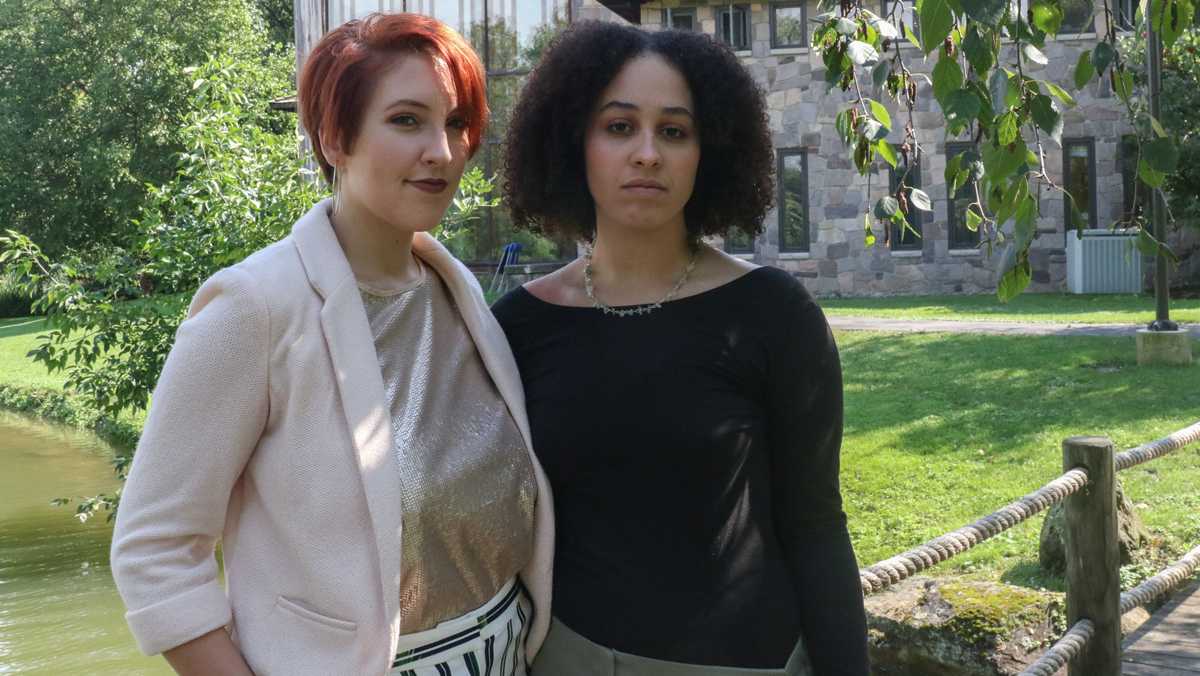 Abbey London/The Ithacan
The petition was created in response to several cases of alleged exclusion of LGBTQ and students of color from the Protestant community. It was delivered to President Shirley M. Collado in May with a request for the demands to be met by July 1.
By Phoebe Harms — Staff Writer
Published: September 19, 2018

IC Color is planning to protest for further change and acceptance with Ithaca College’s Protestant community after the administration did not completely meet demands listed in the group’s petition.

The petition was created in response to several cases of alleged exclusion of LGBTQ students and students of color from the Protestant community. It was delivered to President Shirley M. Collado in May with a request for the demands to be met by July 1. Senior Vanessa Zimmerman, co-founder of IC Color, said the college responded via email July 12 and failed to adhere fully to the demands.

Zimmerman said the petition consisted of three major requests. The first was to have $50,000 of allocation money taken from the college Protestant community until it aligned with the college’s mission statement in regard to inclusion. IC Color also demanded the college’s administration outline a plan for addressing the alleged exclusion and harassment of LGBTQ students and students of color who are members of the Protestant community. Its final demand personally involved Zimmerman, who was allegedly asked to step down from her position at the chapel last year by Protestant Chaplain James Touchton. The petition demanded Zimmerman be reinstated at her job and compensated for the hours she lost. Touchton denied asking Zimmerman to leave her position, according to previous reporting by The Ithacan. IC Color is a campaign that was formed by Zimmerman and senior Annalise Haldeman March 10 in response to the exclusion of LGBTQ students and students of color in the PC.

The college sent Zimmerman a PDF document titled “A Comprehensive Action Plan to Address Student Demands,” to address the demands of IC Color. The college offered to take $8,635 away from the Protestant community, granting the sum to the Christian Community Church — part of Muller Chapel — located on campus to meet the demands. Zimmerman said the college completed this allotment without an actual contract, which may lead to the misuse of funds with no accountability. Having no contract means there are no guidelines for how the funds are used, Zimmerman said.

“They continue to grant a big sum of money to a community with a poor track record out of ‘good faith,’” Zimmerman said.

The action plan states that the new director of religious and spiritual life, Hierald Osorto, will be responsible for instituting a new financial assessment to ensure that all the college’s denominations are being treated fairly.

The college also mentioned the hiring of Osorto as part of the action plan. Osorto said his presence on campus will give students an opportunity to reflect on and learn from their previous exclusions.

“The first thing that I hope that our office is able to do is create opportunities for people to share their stories,” Osorto said. “And to be able to reflect on the ways that we have excluded but also the opportunities that students have found to find a sense of belonging on our campus.”

Zimmerman said the hiring of Osorto is not sufficient in improving the environment at the college, nor is it reflective of IC Color’s demands.

“We have little faith that another administrative position is going to change systematic problems,” Zimmerman said.

Touchton said he does not feel the need to directly respond to IC Color’s demands, and that it is difficult to engage in a constructive conversation with IC Color when it has not been involved in the Protestant community since last fall.

In addition, the college offered Zimmerman her job back but will not compensate her for her lost hours. As a result, Zimmerman declined the position.

Zimmerman said the group is currently organizing its next campaign in hopes of achieving total inclusivity at the college. She said she still would like to be involved in the Protestant community but will not feel comfortable doing so until there is clear change.

“I cannot yet go back to the chapel as a worker when none of these issues have been addressed,” Zimmerman said.

Zimmerman said IC Color is in the process of planning a protest in an effort to make sure its demands are fully met by the administration.