In an effort to assess its finances, Ithaca College has hired an outside company — Huron Consulting Group — to review academic and administrative support functions this semester. 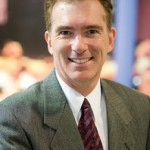 President Tom Rochon said the college made the decision to hire Huron this summer with the objective of controlling the cost of tuition and room and board for students. Huron, he said, will hopefully help the college reduce costs and increase revenue by improving efficiency in college processes rather than increasing revenue from tuition sources.

“My objective with respect to tuition, room and board — my long term objective — would be that increases are held down to the cost of inflation,” he said. “We cannot do that today and operate the way we are operating, so we obviously need to make changes in order to get there.”

“We believe that the reason our enrollment is a little bit low this fall isn’t a one-time event, but it’s related to the price problem and the fact that many students would love to come to Ithaca College and get this experience, but they simply can’t afford it, and we have to change that,” he said.

The college will collaborate with two full-time consultants, a project director, two senior directors and other experts from Huron. The team will work closely with a steering committee headed by Carl Sgrecci, vice president of finance and administration. Other committee members include Mark Coldren, associate vice president of human resources; Diane Gayeski, dean of the Roy H. Park School of Communications; Marisa Kelly, provost and vice president for educational affairs; and Eric Maguire, vice president of enrollment and communication.

Rochon would not comment on the cost of the contract with Huron.

Gayeski, the only dean on the steering committee, said the potential effects on individual faculty and staff are still unknown.

“I don’t think there is any way to predict how it will directly affect people because it’s not a review of individual people,” she said. “It’s about processes that we have in place, so I think it’s completely separate from any impact on individuals.”

Huron consultants will spend the first months conducting an intensive series of interviews with college administrators to understand college processes and systems. Then they will build recommendations about changes based on what they have learned. A set of recommendations is due in December, and the college will make decisions based on those recommendations for “greater operational effectiveness and improved student affordability,” according to the official announcement. Implementation will begin in the spring of 2013.

Christopher Biehn, vice president of institutional advancement, said this partnership is an important step in identifying inefficiencies at the college.

“It is a positive message about what we need to do in general in higher education but also specifically for Ithaca College,” he said.

After the All-College Meeting, faculty and staff interviewed said it was too soon to know how this will affect anyone.

Kelly will also initiate review of at least seven academic departments and programs this fall, but it will not be part of Huron’s review.