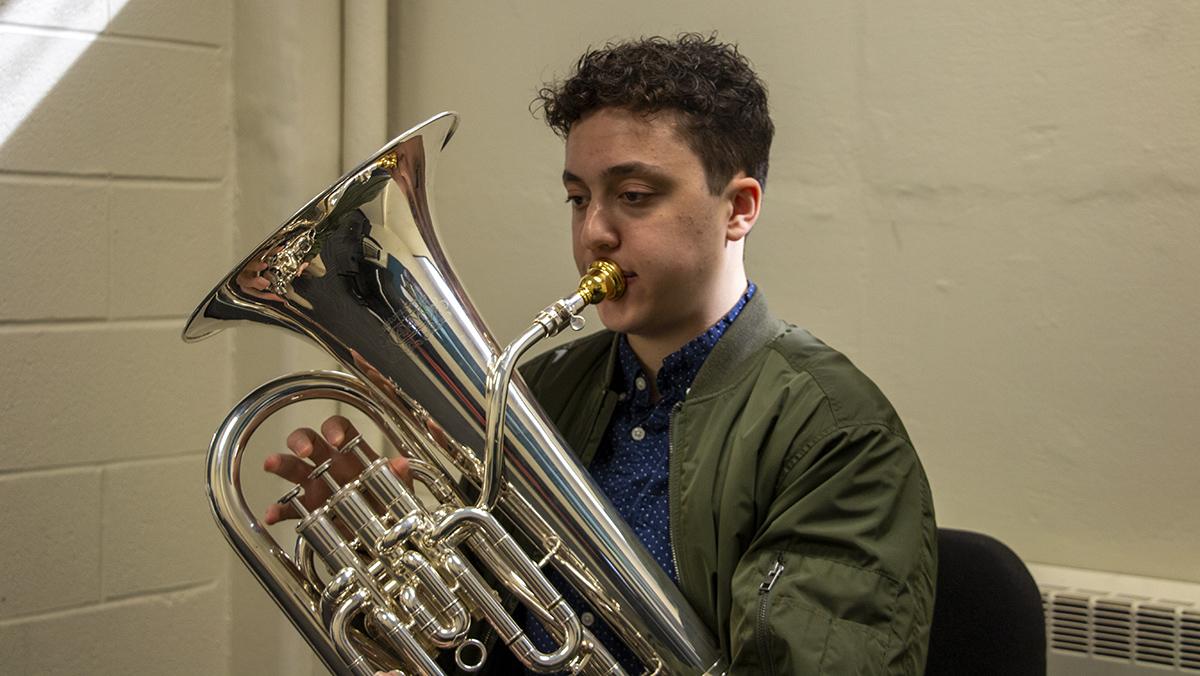 In an effort to bring live music and a brief reprieve from an often stressful hospital environment, the Ithaca College School of Music is starting a Music as Medicine initiative, where students will perform at Cayuga Medical Center.

Community outreach is not new to the School of Music, as it has had other programs like the Music as Medicine Project, which was a collaboration between the School of Music and the college’s Gerontology Institute, where students worked with senior citizens and used music as a therapy tool. There is also an Intergenerational Choir at Longview Senior Living Community and students have played concerts for patients.

Karl Paulnack, former dean of the School of Music, is a chaplain at Cayuga Medical Center. He said he thought a collaboration between the college and hospital would be a perfect match and facilitated the meeting of the two groups.

“It’s like when you see somebody and you think, ‘Oh, these two people should date each other, they’d be great,’” Paulnack said. “I was just sort of being a matchmaker. The hospital and the School of Music, they should go together.”

Listening to music can assist cognitive recovery, elevate mood and improve quality of life, according to a report from the American Journal of Medicine. Lori Gooding, president of the American Music Therapy Association and associate professor of music therapy at Florida State University, said music therapy is targeted to the specific needs of patients and administered by licensed professionals, which differs from music as a tool to improve health and wellness.

“In the context of health [and wellness], music would be used to do things like improve the environment or … reduce anxiety,” Gooding said. “And often that is to make the environment more calming and more appealing.”

Two informational sessions were held March 1 and 5 and while only a handful of students attended, Ivy Walz, interim dean of the School of Music, said it will be good to start this program small.

“We were talking about kind of, like, a little ember, like it’s a little fire, and we’re just going to keep feeding it energy and see where it goes,” Walz said. “And over time, five to 10 years from now, who knows what this could become.”

Walz said one of the focuses of her time as interim dean has been working with students to lessen their stress and improve mental well-being. She said she hopes the initiative can help students’ mental health by playing music for others while bringing music to staff and patients at the hospital.

“I think when you do something for someone else, you immediately feel something special inside,” Walz said. “You could call that happiness, … you could call it a release of stress. I think getting our students outside of the building and making music out of kindness and out of a desire to connect with another person will help them to feel better.”

Right now, Walz said the plan is to try out performance locations and different music performances during the second block of Spring 2022.

Junior Isaac Schneider is a part of Phi Mu Alpha, a professional music fraternity on campus, and said the group is interested in performing at the hospital and that he is excited to start the partnership.

“I think there’s an educational opportunity and experience you get, especially as a student-musician, going and connecting with the community,” Schneider said. “When there’s opportunity a few miles away and off campus, I think it’s important to allow students to integrate into a more real–world experience and opportunity.”

“It’s shifted from what can we do for patients and families to what can we do for doctors and nurses because … they are fried,” Paulnack said. “A fifth of people who are in medicine … have resigned or retired in the past few years. And so my most recent idea is ‘are there people willing to make music in the hospital so that doctors and nurses can bring their brown bag lunch and sit and eat lunch and listen to a string quartet?’”

Schneider said he also thinks it is important for music to be played for staff as well as patients.

“I think this is like acknowledgement in the way that we can, as musicians, [say] we hear you, we see you, we support you, especially in the context of the pandemic,” Schenider said.