IC students have less diverse political opinions than prior years 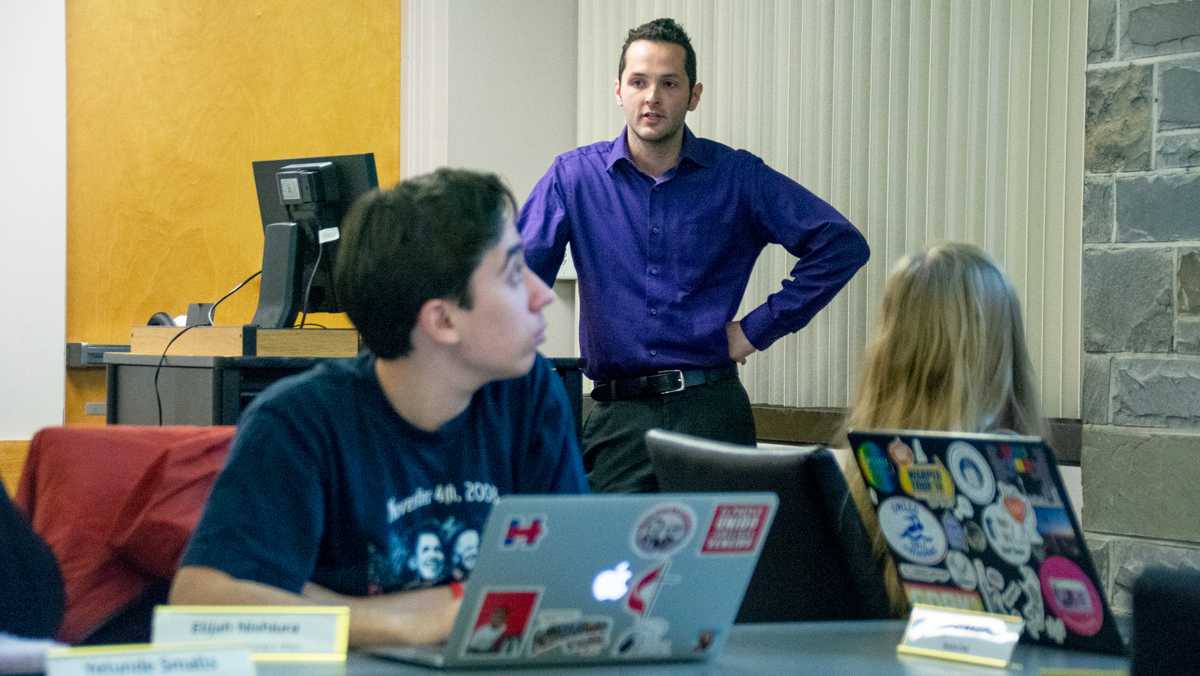 Elijah Earl, research analyst in the Office of Analytics and Institutional Research, presented data collected from the National Survey of Student Engagement (NSSE) to the Student Governance Council on Feb. 10. The data stated that Ithaca College students have become more insular when discussing politics.

NSSE is a survey that collects information pertaining to freshmen and seniors’ college experiences and their thoughts on campus culture. NSSE is conducted every three years, with the most recent survey conducted in February 2019. Earl said his main focus was on how the data has changed since the survey was last conducted in 2016.

Earl said the survey takes the average score of students, with one being never and four being very often.

Earl said the difference in scores for the college’s seniors is much lower compared to other Mid-Atlantic private institutions while the freshmen score is slightly lower.

Earl said he thinks that politics have become more polarized since the 2016 presidential election and that the data reflects this. Data from the Pew Research Center shows that Democrats and Republicans have grown further apart on their opinions on which issues should be prioritized.

He said that this data affirms that the college is a majority liberal institution and that students with more conservative views do not feel comfortable sharing their opinions.

“We are stifling ourselves at times, to the point where a lot of our more, I won’t say conservative, but students who don’t necessarily identify as far left or very left, feel kind of afraid to speak out in class about any of their beliefs,” Earl said.

Freshman Connor Watson, student director of the Alumni Association Board of Directors, said he agreed that students who are not very liberal do not feel comfortable sharing their political opinions.

“Me personally, I have no issue saying it,” Watson said. “I don’t always agree with the status quo that lives on campus because let’s face it, there is a status quo, and it’s very heard, and there have been many times where I don’t necessarily agree, but I don’t want them to find out.”

Before NSSE was conducted in 2019, representatives from the Office of Analytics and Institutional Research discussed how to increase participation in NSSE with the SGC.

Earl said the 2019 data shows there is greater student perception of the college as a “supportive learning environment.” In 2016, the college was dealing with tensions between students and faculty, along with protests against the college’s handling of racial issues, which lead to former president Tom Rochon stepping down.

“Fortunately [in] 2019, we made a complete turnaround in perceptions of IC being a supportive learning environment have actually gone from being a little bit below our peers to being above our peers,” Earl said.

After discussing NSSE data, the SGC passed the Equal Opportunity Textbook Act to help limit the cost of textbooks for students. The bill, which is a recommendation, passed 5–0, with one abstention. The bill was sponsored by sophomore Hunter Simmons, Class of 2022 senator.

Simmons said the bill will promote the use of open education resources (OERs), which he said are teaching and learning tools that are available to everyone for free. Simmons said students can spend an average of over $1,200 per year on textbooks, and he hopes his bill will help lower this cost for students. According to a study by the U.S. Public Interest Research Group, the average cost of textbooks is $153 per course, which, with four courses per semester, can lead to students spending $4,896 over four years.

Junior Allison Kelley, vice president of business and finance, said the bill is the first step in a longer process, as the SGC discussed other topics surrounding the cost of classes. Topics discussed included having faculty include OERs on their syllabi or setting a price cap for how much professors can charge students for books.

“I think this can also be incremental,” Kelley said, “Remember, this is just a recommendation. There are several next steps.”