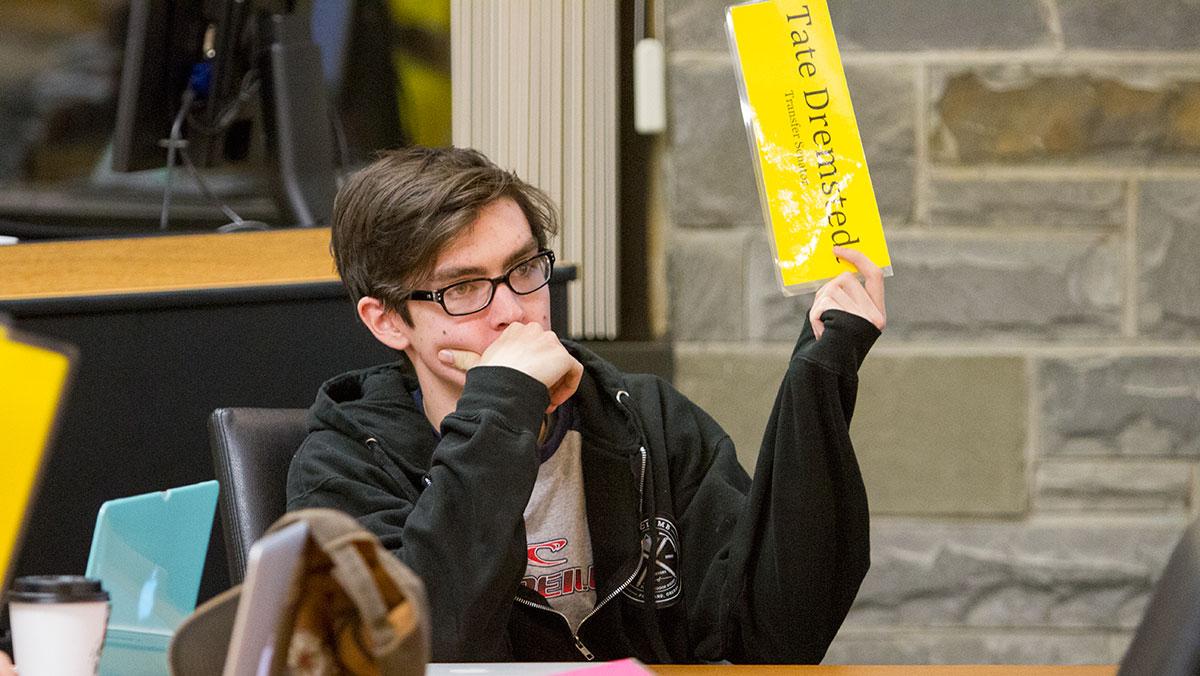 Ithaca College students have begun to respond in organized ways to the administration’s denial of Faculty Council’s request to expand the resources of the Center for Counseling and Psychological Services.

The Student Government Association tackled the issue by unanimously passing a bill March 30 that recommends the administration “re-evaluate its decision to deny the Faculty Council request for funding for an additional staff member at the Center for Counseling and Psychological Services.” The bill was similar to other initiatives taken on campus, such as petitions and social media campaigns, all of which call for more resources for CAPS.

Dremstedt said he sponsored the bill because he finds it to be a prevalent issue on campus due to the statistic that one in four people have mental health issues, according to the National Alliance on Mental Illness.

“I think mental health is one of the most important things on campus, and it is essential to have a safe academic environment,” Dremstedt said.

The SGA is also working with Active Minds to help them create an official petition, junior Cassandra Walters, Active Minds co-president, said. She said Active Minds is in the process of developing the language of the petition before they launch it, and she said she hopes to see the campaign grow upon its release.

“I think it’s going to take a lot of pushing, clearly,” Walters said. “I’m expecting students to rally around this. I’m hoping the administration will hear us students and take seriously what we say.”

Another online petition calling for more funding to be set aside for CAPS has already been released and shared on social media platforms. Created by freshman Lauren Rapoport, the petition is targeting the administration, specifically President Tom Rochon, and is looking to gain 1,000 signatures, and has 162 as of April 1.

Nancy Pringle, vice president and general council in the Department of Legal Affairs, said though petitions indicate the level of interest in certain issues, the administration does not always make a decision as a direct result of a petition effort.

“Historically, students have filed petitions on a number of things,” she said. “It’s an awareness resource, but I don’t know that the administration makes decisions about it.”

Active Minds’ upcoming petition will be part of the Get CAPS Ready movement, which was organized by a group of students composed of sophomores Rolfe, Brendan Davis, Kevin Doubleday, Leo Kleiman-Lynch, Drew Olkowski and Eli Serota, and senior Jared Wolf. The campaign has a Facebook page, which has 726 likes as of April 1, as well as a hashtag, #getCAPSready, which students across campus have used in posts about their personal experiences with accessing mental health resources at the college.

On behalf of the organizing committee, Olkowski said the issue is important to them because CAPS has served as a resource for them or for people they care about, and he said they want CAPS to continue to be a service that everyone in the campus community can be connected to.

“The Get CAPS Ready campaign is a student-centered initiative, focusing on the necessity of additional funding and assistance for CAPS here on campus,” Olkowski said via email. “The main goal is to help promote the fact that students here on campus care about CAPS and desire additional funding in order to keep up with the needs of the student body.”

Sophomore Maddie Anthony detailed her experience with CAPS’ limited resources in a Facebook post, using the Get CAPS Ready hashtag. She said after her brother unexpectedly passed away last year, she was not able to receive the therapy she sought.

“It was like my brother’s death didn’t fit in with their schedule,” Anthony said.

She said the Get CAPS Ready campaign has been effective in publicizing the issues students face with CAPS’ limited funding.

“I think it’s a really good way for students to speak out about their experiences with CAPS,” Anthony said.

Freshman Chris Biehn, who has been diagnosed with and has received extensive treatment for bipolar I disorder, is a member of Active Minds and is starting to work with the SGA on the issue. He said his disorder, and other mental illnesses, can be life-threatening and need to be taken seriously by the college.

“I have been told by some of the top psychiatrists in the country that it is essential to be treated with both therapy and medication,” Biehn said. “Feeling severely depressed has been the scariest feeling in my life, and if I knew I couldn’t rely on resources on campus to keep me safe, other people and I could be at serious risk.”

Dremstedt said though the social media campaigns gaining publicity at the college are inspiring, the next step could be to set up a student meeting with President Tom Rochon or administrative bodies who plan the budget.

“SGA is saying that we want this to happen, and I think what it’s going to do is show that the student support is there,” Dremstedt said. “I think it’s going to allow students to meet with faculty and administration.”

Sophomore Josh Kelly, an SGA senator-at-large, signed the online petition and has actively supported the issue through the Get CAPS Ready campaign on social media. He said he hopes to see students continue campaigning for an increased budget, as well as direct action by the student body when it comes to protest movements.

“As far as what can be done about it, I believe that we have to show the Ithaca College administration that this is unacceptable,” Kelly said. “Not simply that we are unhappy, but that it is unacceptable to not be taking care of students in need.”