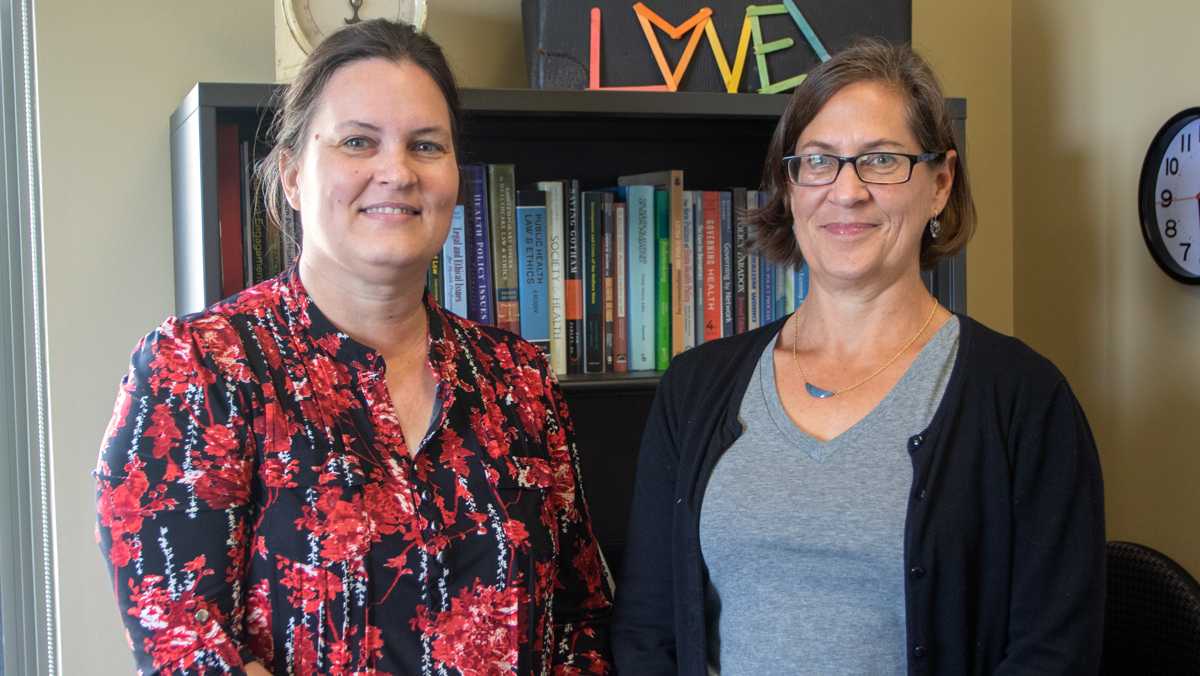 Following a multiyear review of the Integrative Core Curriculum, the ICC Program Review Committee released an updated draft on March 18 of its recommendations on how to improve the ICC.

The committee previously released a draft report of the ICC on Jan. 15, which detailed how the ICC works and identified problems with it. The updated draft details the recommendations from the committee for changes to the ICC based on comments from the campus community and feedback from the external evaluators who came to campus to evaluate the program Feb. 6–7.

In the review, the committee outlined the issues that faculty, staff and students have with the ICC. According to the executive summary, the ICC failed to achieve many of its goals, and many students and faculty at Ithaca College are not happy with the program.

“The ICC, as currently structured, has some serious flaws and lacks widespread campus support,” the report stated. “Rather than being a core organizing principle for the college, the ICC is viewed with frustration and derided by many members of our campus community.”

The committee said in the recommendations that it has unanimously voted to revise the ICC. The option to leave the ICC as it is was voted down unanimously, while a plan to dismantle the ICC was rejected by the committee due to the time and resources required to create a new core curriculum.

The committee recommended changes to the biggest areas of contention that those at the college have with the ICC, including issues with the themes and the e-portfolio.

The report stated that the themes were seen by the campus community as limiting students’ ability to take certain courses or to connect those courses to their themes.

“Many instructors mentioned the promise of Themes and the value of the idea, but expressed concern with the poor implementation and that the experience for students can feel like a random set of courses rather than a cohesive learning experience,” the report stated. “Both students and instructors commented on Themes as a restrictive element which limits students’ options/choice/interest in liberal arts courses.”

“The first pathway, which we recommend, would shift the responsibility for establishing interconnectedness among ICC-related courses to the student,” the report stated. “The student-driven approach will permit us to eliminate the requirement that courses be affiliated with specific themes.”

The report also stated that many students had a negative view of the e-portfolio and waited until late in the process to do their e-portfolio work.

“Students saw the e-portfolio requirement in the capstone as stressful busywork,” the report stated. “A few of them were diligent in archiving artifacts along the way, but struggled to reflect on them so far removed from the class in which the assignment occurred. Many others did not engage with the e-portfolio at all until the capstone.”

The review also pointed to the freshman seminar and the administrative aspects of the ICC as in need of change. The program review suggested that the seminar be changed from a four-credit class to a three-credit class, with the extra credit being put toward a second– or third–year course on connecting the ICC courses. The review said the current system for running the ICC needs changes to improve efficiency and reduce redundancies.

The review recommended that the ICC director be made into a full–time administrator and not a faculty member. The review said the director should have greater control over how the ICC is structured — like with seminar courses — to more easily address the program’s shortcomings.

The external evaluators had similar recommendations for fixing the ICC at the college. They gave several different possibilities for how the college could address issues, such as removing the e-portfolio or decoupling themes from the classes they are currently associated with. The evaluators also expressed concerns with the confusing nature of how the administration of the ICC is structured and suggested that it be altered to better allow administrators to address the needs of the ICC.

Amy Jessen-Marshall, vice president of the Office of Integrative Liberal Learning and the Global Commons at the Association of American Colleges, who was one of the external evaluators of the ICC, said she felt most of the recommendations by the committee were “spot on.”

“I think they pretty clearly understood what the strengths and weaknesses were,” Jessen-Marshall said. “I think they did a good job and were very open to what the next step might be.”

Jessen-Marshall said most of the concerns that she and her partner raised were related to the themes and the e-portfolio. She also added that the challenges the college faces with its core curriculum are common in higher education.

“The issues that Ithaca has been challenged with are not surprising around the innovative curriculum they are proposing,” Jessen-Marshall said. “It is hard to do it well. It’s always a challenge at institutions to navigate the scheduling issues that come with it.”

Christina Moylan, co-chair of the committee and associate dean of the School of Health Sciences and Human Performance, said that with the updated draft, the committee will be accepting comments from the campus community until March 25 before a final review is created. Moylan said that after the final program review is released, the provost and the ICC director will decide what changes to make to the ICC.

Moylan said the college will most likely take action on some of the proposals made by the committee due to the time and resources the committee invested in developing them.

“This was a large time investment on all of our parts,” Moylan said. “I don’t think they would have asked for that level of commitment and investment from all of us if they weren’t serious about considering the action plan items we’re proposing. I think the other is that we can’t ignore as an institution is how the ICC is structured right now is problematic.”

Moylan said the committee does not have a timeline for when potential changes to the ICC will occur.

Danette Johnson, vice provost for academic programs, who is leaving the college to become the provost for Kalamazoo College in July 2019, said that the college has not committed to specific changes yet but that she anticipates the La Jerne Cornish, provost and senior vice president for academic affairs, and Susan Delaney, ICC director and associate professor in the Department of Writing, will conduct meetings soon after the final review is released in April.

“My guess is that some of the changes would be pretty noncontroversial among the faculty, so I think they will go through pretty quickly,” Johnson said.

She said she has been impressed with the work that the committee has done so far and felt that the report covers a good pulse of the campus community.

“With the drafts that I’ve seen so far, I’ve been really impressed with the thoroughness and comprehensiveness of the reviews,” Johnson said. “I think the committee did a really nice job getting a good range of folks around the community.”