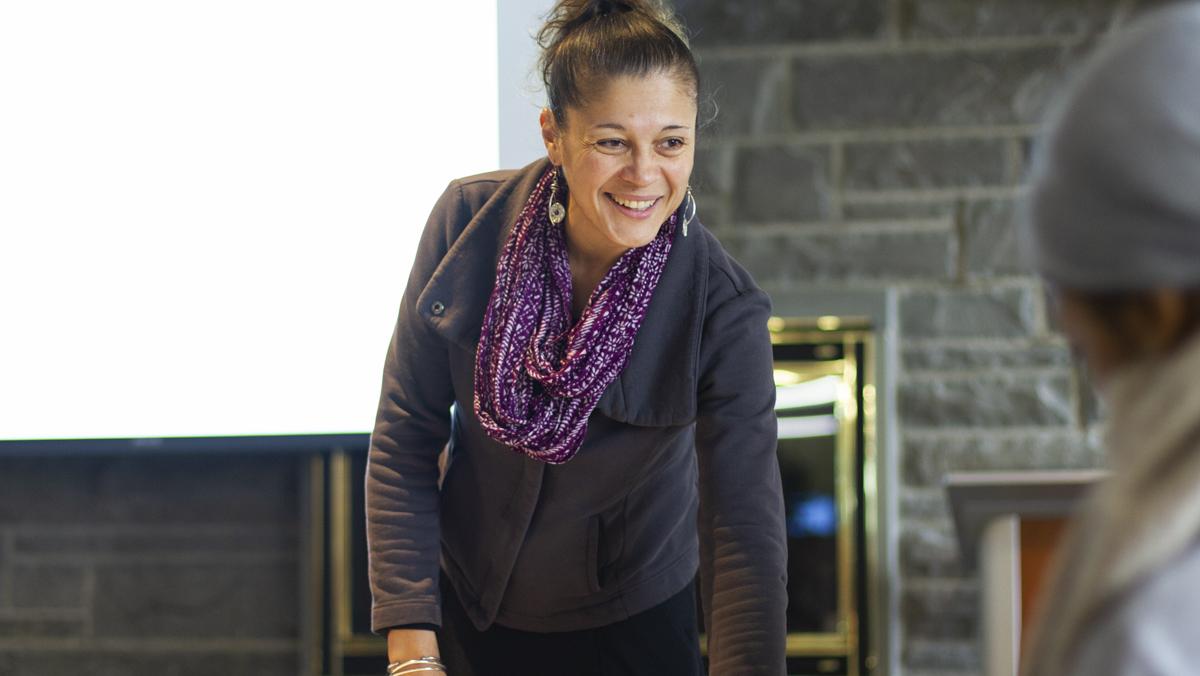 The Center for LGBT Education, Outreach and Services and the Center for Inclusion, Diversity, Equity and Social Change (IDEAS) hosted “Discovering Your Story: Voices in Your Genealogy” on Feb. 27 in Klingenstein Lounge as part of its celebratory activities for Black History Month.

Nicole Eversley Bradwell, interim vice president and director of admission and enrollment management, hosted the event, which approximately eight members of the Ithaca College community attended. She presented on her research of her own ancestry and discussed how people of color can begin researching their own ancestry. She said that sometimes it can be difficult for people of color to research their genealogy because of the lack of documents that are available due to historically racist structures.

Bradwell said the event was inspired by a conversation that Omega Hollies, assistant director of IDEAS, had with Sean Eversley Bradwell, director of IDEAS. Hollies, who attended the event, said the presentation provided a lot of information for students and faculty on campus who were interested in investigating their ancestry.

“It’s great when we can call upon resources on campus to talk about things that other people charge quite a bit of money for,” Hollies said. “Part of Black History Month is about reconnecting to the strength of people before you that you

may not have recognized.”

Bradwell has been studying her own ancestry since the early 1990s by analyzing documents and utilizing online databases. She said that finding her own family history has been a great experience and that she wanted to help others discover their own as well.

“It’s important for me personally because I find great inspiration in learning about those that came before me and how that influences who I am today,” she said.

Throughout the presentation, Bradwell gave examples of her family documentation and talked about a local family in Ithaca that she helped with uncovering its ancestry. Audience members were given sample data sets and a tree they could use to map out as much of their ancestry as they could remember.

She demonstrated how to use online databases such as ancestry.com and online census data. She said that there was no set formula and that people should not be discouraged if they struggle to find certain types of information.

She also said people of color sometimes face challenges when tracking down their ancestry because the way some documentation was kept was influenced by racist structures that impacted the accuracy of the documentation. She gave an example of how some people’s ancestors had their race misidentified.

“We are often under the assumption that because we don’t have a lot of information, there is no information,” she said. “I’m here to say that is untrue. … People in general document things and have been documenting things for centuries.”

She also emphasized the importance of having sensitivity with some of the information that genealogy research reveals because some ancestors may have had traumatic experiences that impact relatives that are still alive. She said researchers have a responsibility to be careful with how that information gets shared.

“I hope this provides a good overview of starting the process,” Bradwell said. “One thing that I take very seriously about doing genealogy research is the knowledge that many of these stories were things that people did not want us to know.”

Freshman Brianna Mottey said she thought the event was very helpful and plans on researching her own ancestry.