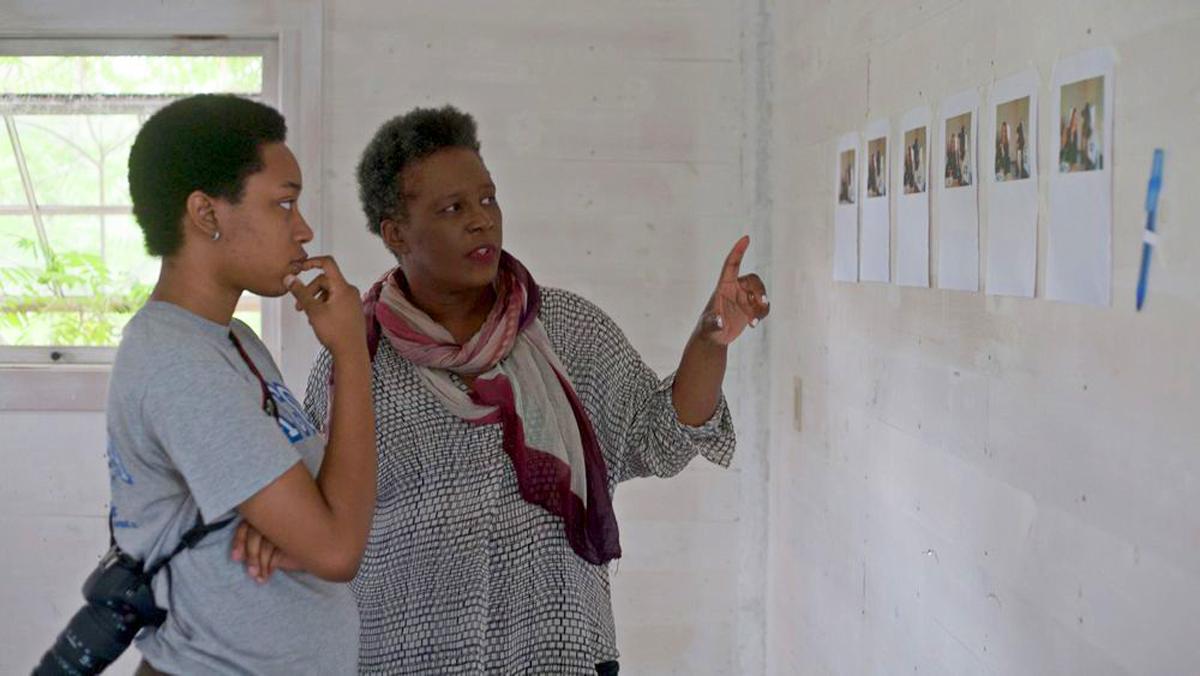 Editor’s Note: Each week, The Ithacan will be featuring programs and departments that the Academic Program Prioritization Implementation Committee have recommended to be cut.

Ebba Zajmi-Gjegji, a first-year student in the Image Text Master of Fine Arts (MFA) at Ithaca College, is committed to teaching in her community. She said she has been able to do this only because of the flexibility and support of the Image Text MFA program.

“It’s expanded my ability to not just be an artist who tells these stories but to also enable future generations to tell those stories,” Zajmi-Gjegji said. “It’s had a huge impact on my art, personally, my creative work and my work as an educator.”

The program is one of five graduate programs at the college that have been recommended for discontinuation by the Academic Program Prioritization Implementation Committee (APPIC) in its draft of the “Shape of the College” proposal. Some students, faculty and alumni of the program think that the decision to cut the program is shortsighted.

Created in 2016, the program is a low-residency, interdisciplinary MFA that focuses on the intersection between writing and photography. Graduate students spend five weeks on campus during the summer, work remotely during the fall and spring semesters and meet for two weeks in the winter at an international location. The program also includes the Image Text Ithaca Press (iTi), a press that publishes work from national and international artists as well as thesis work from students in the program.

Catherine Taylor, associate professor in the Department of Writing and a co-program director for the Image Text program, said the program currently has 20 students enrolled.

In the “Discontinuation of Graduate Programs” section of the “Shape of the College” draft document, the APPIC states, “We were primarily guided by the principle that graduate enrollments should contribute to the college’s margins, and thus we have recommended discontinuation of some programs which have not constantly generated net income.”

“I would hope that the administration would be able to see both the current successes of the program and its incredible potential and to remember that they invested in starting up this program just a few years ago and that in some ways, it feels that they are throwing away their own investment,” Taylor said.

Karine Baptiste, a second-year student in the program who is based in France, said she was surprised to hear about the recommendation. She said she feels like the program is becoming more well-known in Europe and provides international recognition to the college.

“To decide to shut down a program that has been able to bring such achievement within a short period of time is really sad and really shortsighted,” Baptiste said.

Students and alumni of the program have written letters to the administration of the college, asking them to reconsider the decision to discontinue the program. The letters include personal anecdotes from students about how the program has shaped them as artists.

Nicholas Muellner, associate professor in the Department of Media Arts, Sciences and Studies and a co-program director for the Image Text program, said enrollment in the program is at its highest level and no students deferred, withdrew or took a leave of absence during the pandemic.

“It feels like we actually kept a steady ship at a time when the college, for reasons that are totally understandable, couldn’t,” Muellner said. “Because we had a model that could weather that, and then to be sort of swept aside as part of their cost savings in the wake of the pandemic also was disappointing.”

As with other programs the APPIC has recommended to be discontinued, the Image Text program will be phased out over the course of three years.

Taylor said she was notified by the APPIC the week of Feb. 1 that the program could not accept an incoming class until the final decision about the future of the program is made March 1.

Taylor said that if the program is not cut, the APPIC’s decision will still destroy the incoming class. She said that the application deadline for new students was Feb. 1 and that the program immediately starts reviewing applicants after the deadline and does not wait to send out offers. She said that due to the competitiveness of other MFA programs, applicants cannot wait until March 1 to make their decision.

“I’m worried that even if the school decides later that they want to support the program, they will already have damaged it so much that it won’t recover,” Taylor said.

Kelsey Sucena ’20, an Image Text graduate, said that if the program were to be cut, they thought it would demonstrate what the future looks like for MFA programs.

“Thinking about the current students and the potential future students, I think that the value of the program is so immense and so specific and so well positioned for the art world of the future that losing this program would actually be a sort of massive loss for the art world itself — for artists, and for bookmakers, for writers, for photographers,” Sucena said.