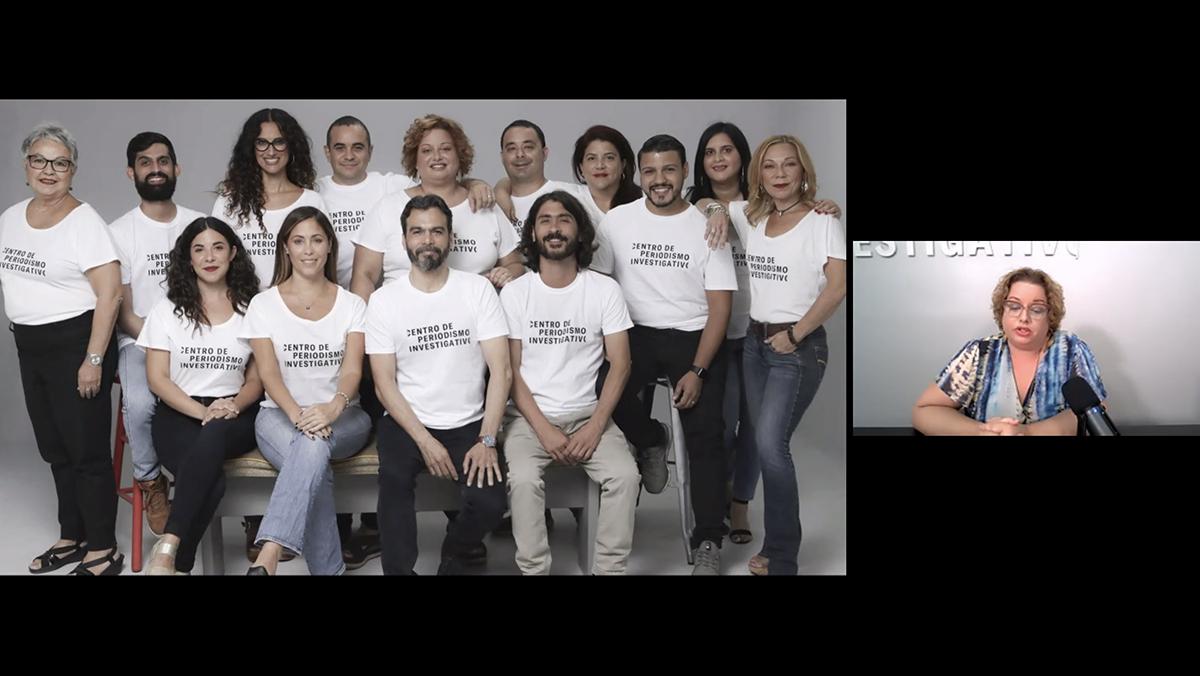 The Izzy Award was created to honor exceptional journalists and news outlets in independent media. The award, named after famed investigative journalist I.F “Izzy” Stone, was created by Jeff Cohen, founder and former director of PCIM. The first Izzy Award was presented at Ithaca College in 2009. Past winners include Amy Goodman, Jeremy Scahill and Glenn Greenwald, among others, as well as independent news sources like “City Limits” and “Mother Jones.”

This year marks the first virtual Izzy Award ceremony via Zoom, as the college has shifted to remote learning in light of the COVID-19 pandemic.

Raza Rumi, director of PCIM, started the night by summing up the importance of independent journalism in light of the upcoming presidential election, nationwide protests calling for racial justice and the COVID-19 pandemic.

“Tonight is a celebration of this rich legacy of dissent of upholding the truth and speaking up,” he said. “In the post-truth era that affects us all, independent journalism is even more important today.”

Cohen reflected on this year’s picks for the award, citing the accomplishments of all three recipients.

“As an Izzy judge this year, it was a thrill to help pick these three winners,” he said. “I see them all connected shedding light on systemic racism and exploitation.”

Lawrence Bartley, founder and director of News Inside, accepted the first Izzy Award, telling the story of how he went from being incarcerated at the age of 17 and serving 27 years in prison to creating the publication.

News Inside was founded in 2019 under The Marshall Project, a nonprofit organization with an emphasis on the U.S. criminal justice system. News Inside delivers award-winning journalism to hundreds of prisons and jails in the U.S., with articles written by current and former inmates.

In his speech, Bartley recalled his hunger for information inside the prison system as he pursued a college degree while in Sing Sing Correctional Facility in Ossining, New York.

“There are a lot of rules inside a prison that preclude publications from getting to the people who need it the most,” he said. “I remember scourging through old garbage cans to find newspapers and to find something different to write about.”

When Bartley was released from prison, he pitched his idea of News Inside to The Marshall Project, which had previously published one of his journalistic works. He promised to get the paper into 20 prisons and jails across 10 states within the first year. In reality, he was able to get News Inside into 500 facilities in 38 states in less than a year.

“I’ve been extremely proud of the responses I’ve gotten from all across the country from people who really appreciate News Inside,” he said. “It makes me feel that I’m doing something that may wake up something in someone that will change their life forever. I’m glad to be a part of News Inside and bring this to the public.”

Bartley said he is currently working on a video version of News Inside, called Inside Story, as a way to reach a large percentage of prisoners who are illiterate.

The second award was presented to CPI for its 2019 reporting on Puerto Rico’s government’s lack of disaster preparedness.

Carla Minet, executive director of CPI, accepted the award on the organization’s behalf.

“Trust can only be gained by independent and consistent media that is ingrained and invested in the communities they serve,” she said. “In these times of data overload and misinformation, good journalism strives and shines. It filters what’s relevant, it explains, it shows, it compares and it analyzes.”

Minet also spoke about Puerto Rico’s corrupt government, the impact of climate disasters and the fact that nearly 45% of Puerto Ricans are below the poverty line. She traced the effects of Puerto Rico’s colonization and its continued lack of assistance from the U.S. government to many of the issues persisting in the territory today.

“There is a seemingly never-ending issue of the island’s political status, … an issue that goes across each one of our stories,” Minet said. “It continues to stand in a limbo that affects each and every Puerto Rican regardless of their political views. … We have a lot of work to do.”

Taibbi accepted the final Izzy Award of the night in honor of his reporting, particularly in his 2019 book, “Hate Inc.” In his book, Taibbi addresses both conservative and liberal media bias, primarily during the 2016 election cycle. He also tackles the issue of government misconduct and the mainstream media’s poor journalistic coverage of the Iraq War.

Taibbi, who previously worked for Rolling Stone, has since moved his writing to Substack, an email newsletter platform where writers are supported directly by paying subscribers. Through Substack, Taibbi is able to publish in a wholly independent fashion.

“I thought the traditional model for supporting journalism, which was based on the idea of working for big companies or wealthy patrons, … was no longer really working for journalism at a fundamental level,” he said. “I thought that the logical endgame was to cut out the middleman and have people like me work directly for readers, in the same way I.F. Stone did.”

Taibbi said this recent shift has paid off more than he expected and showed him that there are alternative ways to pursue journalism on a professional level.

“I’m happy to report that in the months since I’ve made the move, my subscription base has expanded massively,” he said. “I now feel like I reach far more readers than I ever have before, so I think as a proof of concept for independent journalists, it offers a lot of hope that there is another route for journalists beyond traditional routes. … I think Stone proved that a single person who is dedicated to challenging the truth can have more power than even the mightiest corporations.”