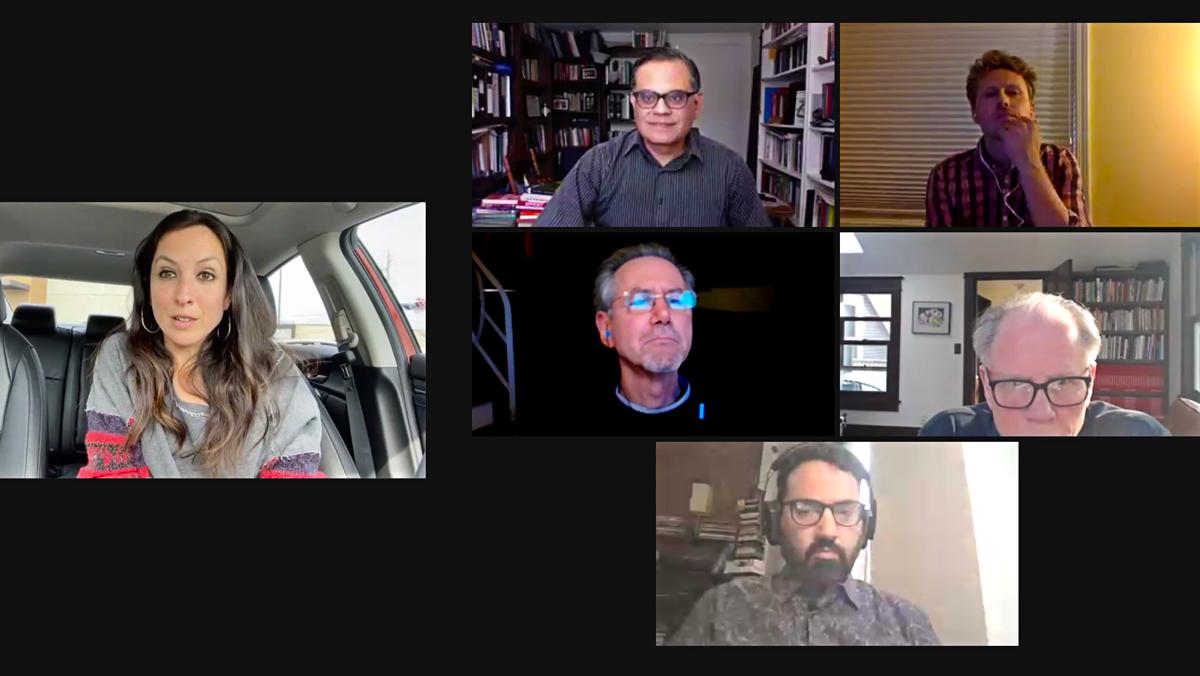 Courtesy of the Park Center for Independent Media
The Izzy Awards — created in memory of journalist I.F. “Izzy” Stone — are given to honor journalistic work produced outside of mainstream media structures.
By Alyshia Korba — Assistant News Editor
Published: April 28, 2021

The Izzy Awards — created in memory of journalist I.F. “Izzy” Stone — are given to honor journalistic work produced outside of mainstream media structures. Jeff Cohen, founder and former director of the PCIM, created the award, which was first given in 2009. This was the second Izzy Award ceremony held via Zoom because of the COVID-19 pandemic. The first was held Oct. 28, 2020.

The Trump administration ordered the first federal execution in 17 years July 13, 2020. Between July 2020 and January 2021, 13 people were executed. Segura’s reporting helped tell the stories of these individuals, their families and the movement to abolish the death penalty.

Segura was unable to attend the Zoom award ceremony, but a prerecorded message from her was shown, and Rodrigo Brandão, senior director of communication and strategy for The Intercept, spoke as a representative of the publication.

Segura said in her message that activists like the people who protested the killing of George Floyd are the inspiration for her work. She said Virginia’s abolishment of the death penalty March 24 would not have been happened if there were not so many protests in 2020 against racial inequity.

“Those who refuse to be silent, who continue to speak truth to power in all kinds of ways, including in the streets, who refuse to be told that they’re asking for too much too soon or too loudly, those are the people who I continue to learn from and who have informed my inspired my work from from day one,” Segura said.

Raza Rumi, director of the PCIM, said he believes Segura’s work regarding capital punishment also has international impacts. Rumi said that when he mentioned the Izzy Award ceremony on social media, people from his home country of Pakistan were interested in Segura’s work.

“The work that Liliana has done is not just important for the U.S. movements that call for the abolition of capital punishment, but I think it also has a global impact,” Rumi said.

Schwab’s articles focus on billionaires’ power in the context of the COVID-19 pandemic. One article notes Bill Gates’ $250 million stock invested in companies researching and manufacturing COVID-19 vaccines. Schwab said he was inspired to look into the foundation because there was a lack of critical media coverage on the subject.

“When I approached this project, it just was such an obvious goldmine of a story, not just because journalists haven’t covered it but because the Gates Foundation is one of the most powerful, least scrutinized actors in global politics,” Schwab said.

Bob McChesney, professor in the Department of Communication at the University of Illinois and co-founder of Free Press, introduced Schwab at the ceremony. McChesney said Schwab’s reporting on the foundation is important to the field because there was previously little journalistic investigation into the foundation. He noted the pressure placed on journalists who are the first to report on a story.

“If they make a mistake, if they’re lazy, if they screw up, if they go off in the wrong direction, they can throw off everyone that follows them for a decade or two decades, they could screw it all up,” McChesney said. “On the other hand, if they get it right, … then they could open a door for every other scholar, every other journalist to walk through it to carry the work forward. And I think that’s the way to understand what Tim Schwab has done with his work on Bill Gates and the Gates Foundation. He has opened our door.”

Truthout was given the Izzy Award for its series of articles about the political, economic, environmental and racial implications of the COVID-19 pandemic. The series, “Despair and Disparity: The Uneven Burdens of COVID-19”, comprises 250 articles produced throughout 2020. The series includes reporting by individuals who experienced these issues firsthand, like incarcerated individuals and frontline workers.

One of these writers was Lacino Hamilton, who was incarcerated for 26 years as the result of a wrongful conviction. Hamilton’s reporting from prison brought attention to his case, and he was exonerated in September 2020. Hamilton began writing for Truthout in 2015 and has offered an inside perspective on the lives of incarcerated people with his reporting.

Maya Schenwar, editor-in-chief of Truthout, spoke at the ceremony on behalf of the publication. Schenwar said Hamilton’s work should inspire all independent media outlets to continue to fight for justice and equality beyond the COVID-19 pandemic.

“His goal was never to only get himself free but to fight for all who are incarcerated and for collective liberation, and I think that we in independent media should take a cue from that goal,” Schenwar said. “So if and when this pandemic ends, inequity and injustice are going to persist. They’re not going away. And we can’t lose our momentum or lose our conviction or lose our drive to urgently do journalism in the service of justice, until everybody is free.”