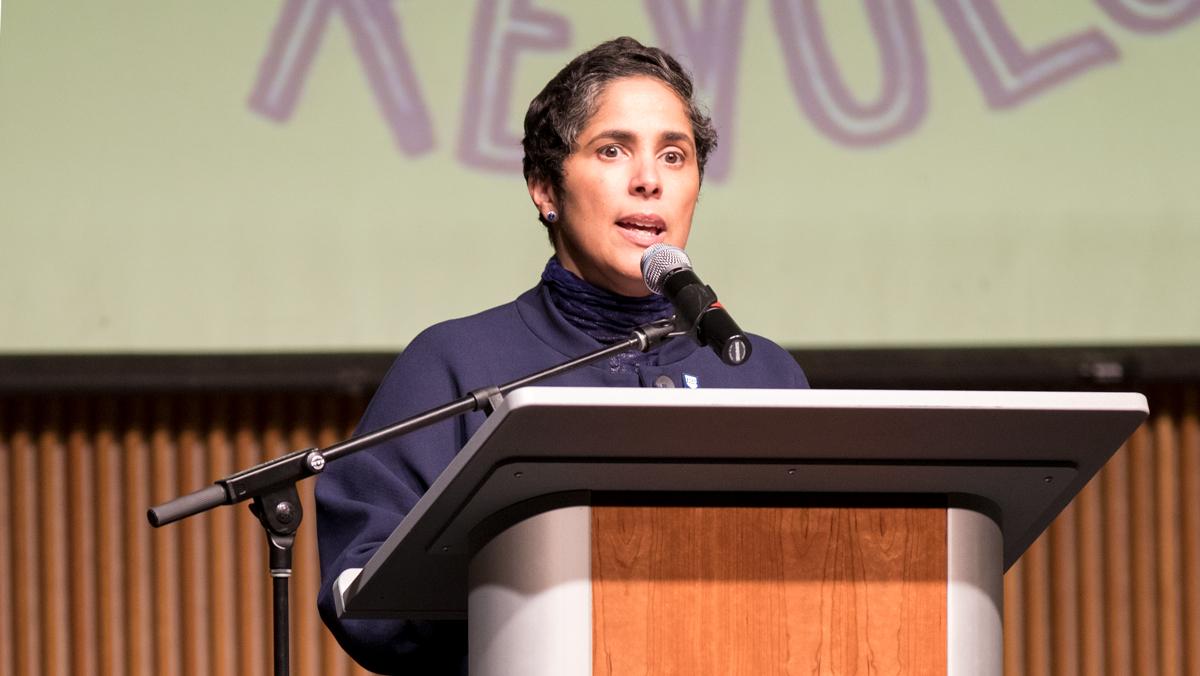 Following Ithaca College President Shirley M. Collado’s statement about a 2001 sexual abuse charge and The Ithacan’s in-depth article about the case, members of the college community are expressing mixed reactions to the information.

Collado was accused of sexually abusing a female patient while working as a psychologist in Washington, D.C. in 2000, and pleaded no contest to one misdemeanor charge. Collado denies that any sexual contact occurred, and said she pleaded no contest because she didn’t have the resources to fight the claims. She said she allowed the patient to move into her home — considered an ethical violation by Collado’s employers and professional guidelines — because the patient had nowhere to go.

The Ithaca College Board of Trustees and the campus members of the Presidential Search Committee both released statements expressing confidence in Collado and stand by their decision to hire her.

“She has rapidly gained our affection, our admiration and our trust, and these recent disclosures have not altered that, though they will no doubt spark productive and nuanced conversations on our campus about how people move forward after terrible events, recover and learn from their own failings and those of others, and need not be defined by the worst thing that ever happened to them,” the letter states.

Gleitman was a member of the presidential search committee, and she said she was not taken by surprise by Collado’s statement because the search committee was aware of the information during the hiring process. Gleitman said one of the central points in the letter is that the court case was resolved approximately 20 years ago.

“The board thoroughly went through everything,” Swensen said. “We made the best choice.”

Title IX Coordinator Linda Koenig said her initial reaction to the news was to identify how to continue supporting a campus culture where students feel they can come forward with reports of sex offenses.

“This does not change the direction or approach we take institutionally to respond to sexual misconduct,” Koenig said. “Reports will continue to be taken seriously, and education efforts for prevention will continue.”

Rosanna Ferro, vice president for student affairs and campus life, released a statement on Intercom encouraging students to find safe spaces on campus to discuss their reactions and feelings regarding the news.

Asma Barlas, professor in the Department of Politics, said it is a disorienting time for the campus, and the animosity towards Collado is sexist. She said Collado completed the punishment given to her by the court, and the issue has been concluded.

“For me, it is bringing out the racism and sexism, and just the hatred that people have,” Barlas said.

Junior Carlie McClinsey, president of the Student Governance Council, released a statement to The Ithacan, saying that the SGC executive board is taking time to listen to the student body.

“Having just returned to Ithaca College for the semester, we’d like the opportunity to have conversations and listen to students before speaking to the greater student response to this news,” McClinsey said.

Sophomore Aisha Mughal said the information laid out in The Ithacan article should not be ignored by the community and must be considered in coming to conclusions about the allegations.

“It’s just important for people to read The Ithacan piece and not automatically assume that the truth is something just because that’s easier for them to accept, but be open to different perspectives,” she said.

“I think it’s important to understand the point of view of the person who has pressed charges against President Collado, but also to be empathetic and understand both sides,” she said.

Senior Jonathan Shea said he was impressed by the transparency in the statement Collado sent to the campus community.

“She was kind of being very clear about everything in telling her side of the story,” he said. “I was surprised, but I was impressed that she had the integrity to talk about it herself.”

Elizabeth Bleicher, associate professor in the Department of English and Exploratory Program director, said Collado has responded to the publicity of this issue with grace and dignity.

“I admire how she’s handled it,” Bleicher said. “I could not believe the first message I got about this was from her and not from her handlers.”

Senior Roswell Ecker, who is a survivor of sexual assault, said a number of people are unwilling to consider the allegations against Collado because she is a woman, adding that sexual assault committed by people who are not men is conceptualized very differently.

“The idea that, because she’s a woman of color, she’s incapable of also doing bad things is just unrealistic,” Ecker said. “And it’s, I think, something people are using to justify their own discomfort with the news. And they don’t want it to be true.”

“Some kind of actual action needs to be taken to protect the hundreds, if not thousands, of survivors that exist on this campus,” Ecker said.