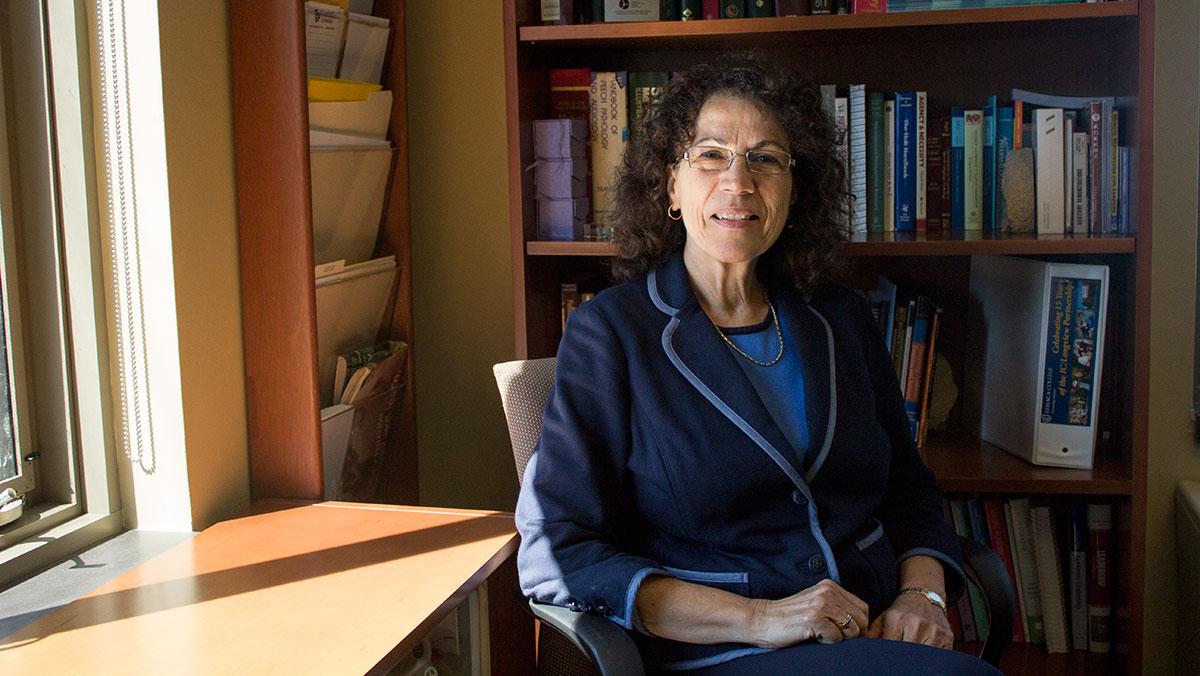 Kellie Hudson/ The Ithacan
The council is run by co-chairs Linda Petrosino, dean of the School of Health Sciences and Human Performance, and Belisa Gonzalez, associate professor and director of the Center for the Study of Culture, Race, and Ethnicity, along with nine other members.
By Melanie De Lima — Contributing Writer
Published: September 23, 2015

The Ithaca College administration has created a new council to address the recent issues concerning diversity, inclusion and engagement on campus.

The Council on Diversity and Inclusion is an 11-member group that will monitor, assess and try to recommend diversity issues, programs and solutions to Roger Richardson, associate provost for diversity, inclusion and engagement.

The council was officially established this fall, but it was in development for the last two years, Richardson said. Before the council was formalized, there were proposals for a council that would be in charge of addressing diversity issues on campus. Richardson said it wasn’t set in stone until an ad hoc committee composed of students and faculty proposed the idea to then-interim provost Linda Petrosino, dean of the School of Health Sciences and Human Performance last spring.

“There was a need for more broad-based communication campuswide, as well as coordination to some degree as it relates to diversity and inclusion,” Richardson said.

The council is run by co-chairs Petrosino and Belisa Gonzalez, associate professor and director of the Center for the Study of Culture, Race, and Ethnicity, along with nine other members.

“The individuals represent departments, offices and other interested parties, like the Office of Admissions and [the Office of] Residential Life, so that each of those spaces could bring what they were doing to address diversity and inclusion in their area,” Gonzalez said. “It’s people who represent offices or groups who will be instrumental in changing the culture of Ithaca College.”

The council will have its first meeting before the end of September, Richardson said. It will be addressing broader topics and have an open discussion for members to discuss diversity issues in their departments. The council plans to meet at least once every month, Gonzalez said.

Some of the topics in Petrosino and Gonzalez’s agenda include the assignment of specific roles to members of the council, the campus-climate survey, updates on the resident assistant and Office of Public Safety and Emergency Management issues, and the creation of a better way to centralize the information when it comes to the council and its duties, Gonzalez said.

After the council meets, it will have recommendations on particular matters and report to Richardson, who is overseeing the council. Richardson won’t attend the meetings, but the council will report suggestions and proposals from their meetings to him. Depending on suggestions, he will work with Benjamin Rifkin, provost and vice president for educational affairs, to look at the processes and options. From there, they can make decisions based on their reach and authority, Richardson said.

There are two students also included in the membership of the CODI: Dominick Recckio, Student Government Association president, and Menalie Hyde, an RA and delegate for the Residence Hall Association. Hyde said she joined with hopes of having a council that actually promotes diversity and tackles problems like microaggressions.

“I hope the council will encourage Public Safety to be more transparent,” Hyde said. “I feel like there’s a lot of things that we don’t know … I think that there are some things, like certain situations and incidents that should be reported, because I feel like as students that pay a lot to go here, we have a right to know.”

The CODI doesn’t have a representative from Public Safety because the issues regarding Public Safety and the campus community had not been exposed by the time he and Rifkin were choosing its members, Richardson said.

“At that time that discussion didn’t take place, but when we look at the mission statement, it’s not unreasonable that they could make [a] recommendation to add another member,” Richardson said.

For now, the CODI still has much to figure out, but the one thing they know for sure is that diversity and inclusion are their No. 1 priority, Richardson said.