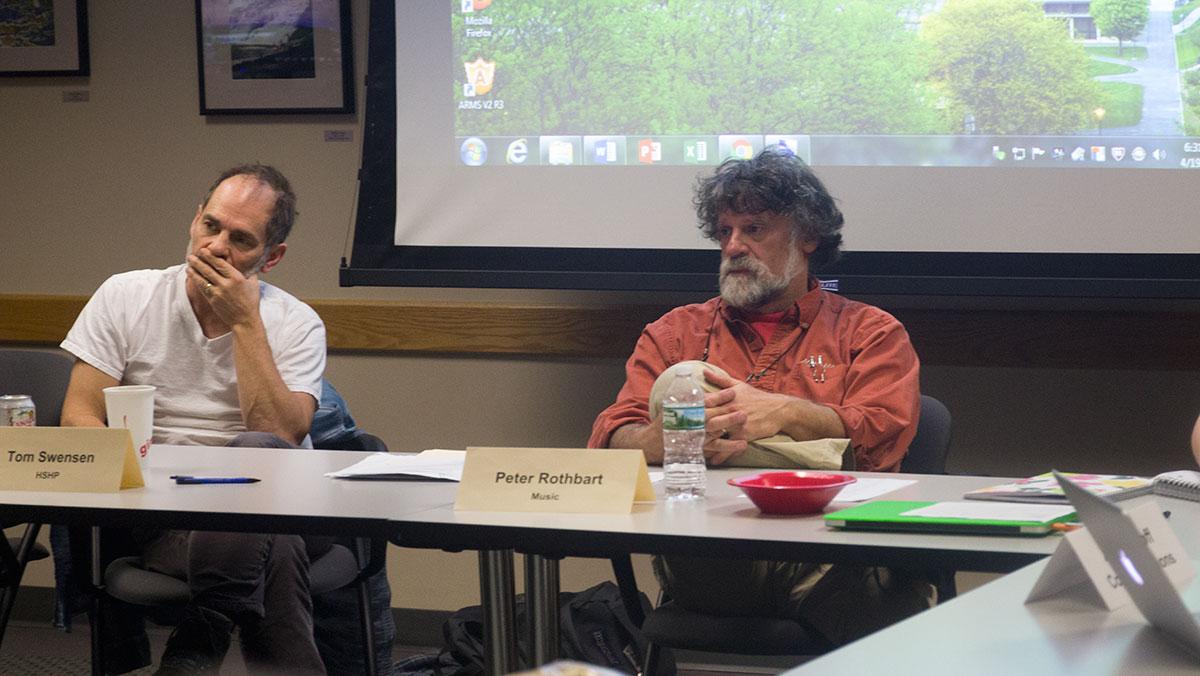 Grace elletson/the ithacan
From left: Peter Rothbart, chair of the Faculty Council and professor in the Department of Music Theory, History and Composition, and Tom Swensen, professor and chair of the Department of Exercise and Sport Sciences, participate in the last faculty council meeting of the academic year.
By Grace Elletson — Staff Writer
Published: May 11, 2016

The Faculty Council concluded the spring semester by welcoming in new council leadership and addressing goals that Benjamin Rifkin, provost and vice president for educational affairs, has for the coming year.

Rifkin said he wants to create an Educational Affairs Advisory Council with 12 members, including students, staff and faculty, which would meet once a month to provide it with an opportunity to ask him questions as well an opportunity for Rifkin to ask it questions.

Rifkin also announced to the council that the college will be working with Digital Measures, a Web-based faculty activity reporting system, over summer 2016 to create an online database to collect faculty accomplishments. Rifkin said the purpose of creating this database is to easily compile faculty accomplishments for him to “brag” about. He said the program would cost about $30,000. In comparison, the college is spending $70,000 on the campus–climate survey, which will be spread out among two or three fiscal years.

Michael Trotti, professor and chair of the Department of History, said he was concerned the reporting forms would be standardized and that faculty members from different schools would need to report different kinds of accomplishments in different forms. Rifkin said the form would be customized to each school with the necessary components needed.