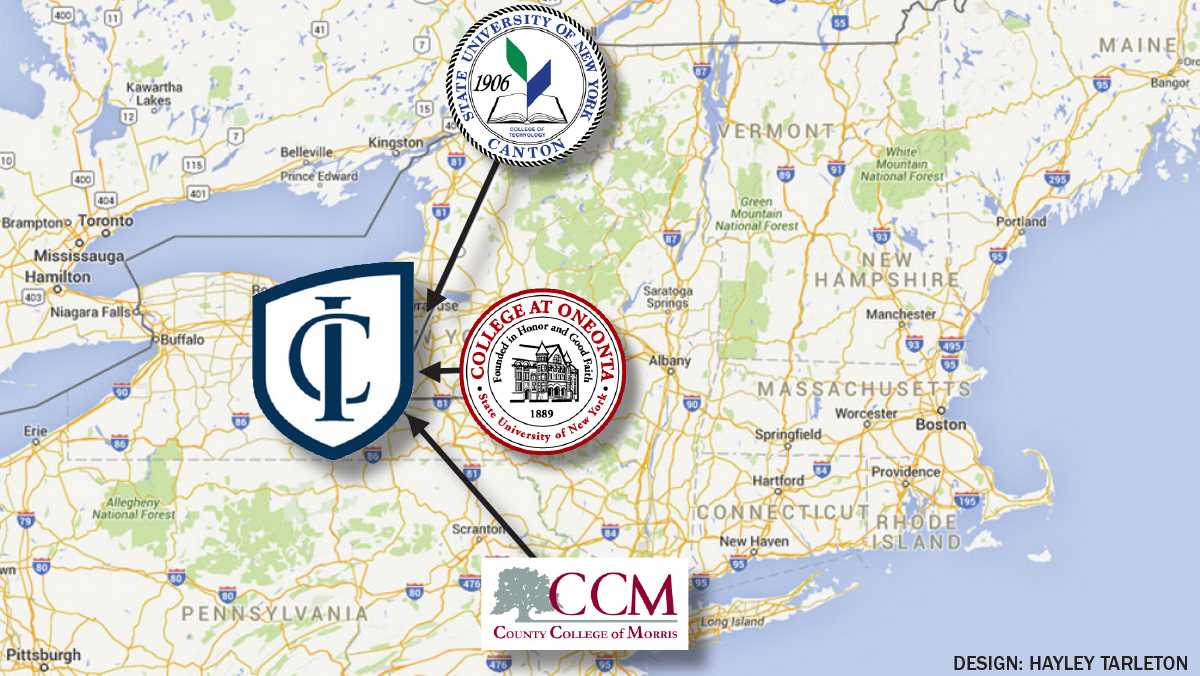 PHOTO ILLUSTRATION BY HAYLEY TARLETON
Ithaca College has a specialized theme just for transfer students in its unique Integrative Core Curriculum program to help transfers pick up where they left off.
By Maura Aleardi — Staff Writer
Published: February 17, 2016

A report released in January by the Community College Research Center stated 14 percent of transfer students coming from two-year colleges do not earn a degree within six years. The report was compiled by Davis Jenkins & John Fink in order to inform institutions on transfer student trends. Jenkins and Fink analyzed data from the National Student Clearinghouse on more than 700,000 degree-seeking students who first enrolled in community college in 2007. They followed the students through six years of school to observe their experiences.

With the addition of a credit-accommodating theme, the college has designed its unique Integrative Core Curriculum program to help transfer students pick up where they left off.

The college’s ICC requirements are a set of courses put in place in Fall 2013 designed to give students a liberal arts education. Kelley said the general education courses required by many colleges will also translate to the college’s ICC courses.

Kelley said the college has recognized difficulties the ICC program may present to some transfer students, so the provost and people within the ICC program office included an additional theme option solely for transfer students, called Liberal Arts and Society. According to the college’s website, the theme allows students to combine previously completed coursework at the community college to complete ICC requirements. according to the college’s website.

“My understanding was that they needed to acknowledge that transfer students had completed a similar kind of experience, that doing course-by-course equivalency was going to be difficult for transfer students,” Kelley said.

Kelley said if a students pursuing Bachelor of Science degrees took courses typical of their majors, like calculus or microeconomics, at their previous college or university, fulfilling requirements would be easier. However, Kelley said, problems arise when students don’t transfer into the same program.

“If they’re transferring and wanting to complete the Bachelor’s of Science for business administration and they’ve done a pre-business kind of associate’s degree where they’ve taken math or calculus, micro/macro-econ, financial and managerial accounting, then they’re kind of on track,” Kelley said. “But if they didn’t prepare that way and they did a more general Associate of Arts or Sciences, where they only took the basic math, then they’re going to have some catch-up to do within that curriculum.”

Kelley said most students who completed an Associate of Science degree have automatically completed the general components of the ICC.

Melissa Dellacato, a staff member of The Ithacan, transferred to Ithaca College from County College of Morris in Fall 2014 as an Integrated Marketing Communications major. She said the college accepted all of her credits.

“It was pretty smooth, actually. I called the school a couple times worried about how they would take my credits. I took in my transcript, and they took all my credits,” Dellacato said. “A couple classes I took in my other school applied to the degree specifically.”

The most common question transfer students ask Kelley is if their credits will transfer, which she said is the wrong question to ask.

“What they really need to be asking is ‘How will my credits apply to the degree program here?’ and that takes a fair amount of planning on their part,” she said. “One of the things I always want transfer students to do is plan early for their transfer.”

For example, Kelley said a student who is a musical theater major is required to complete performances, which are difficult requirements to fulfill elsewhere and transfer to the college.

“I’m having a hard time getting into some of them because my schedule is already full with my major classes, and for a lot of them, you have to have a freshman or sophomore standing, and I don’t,” she said. “I haven’t done the ICC because we didn’t need them.”

Senior Benjamin Parkes attended SUNY Oneonta in 2012–14. He said he chose to transfer to the college to play baseball and study health promotion and physical education.

Parkes completed most of his ICC requirements through general education courses at SUNY Oneonta. Parkes said he is still filling out paperwork for transferring credits over to fit the ICC requirements, but otherwise the program didn’t present any problems.
“It was actually fairly easy because I did it soon enough after I had originally applied that a lot of my paperwork stayed the same,” he said. “Just with the help of everyone in the first week that I got to Ithaca, they made me be a lot more successful.”