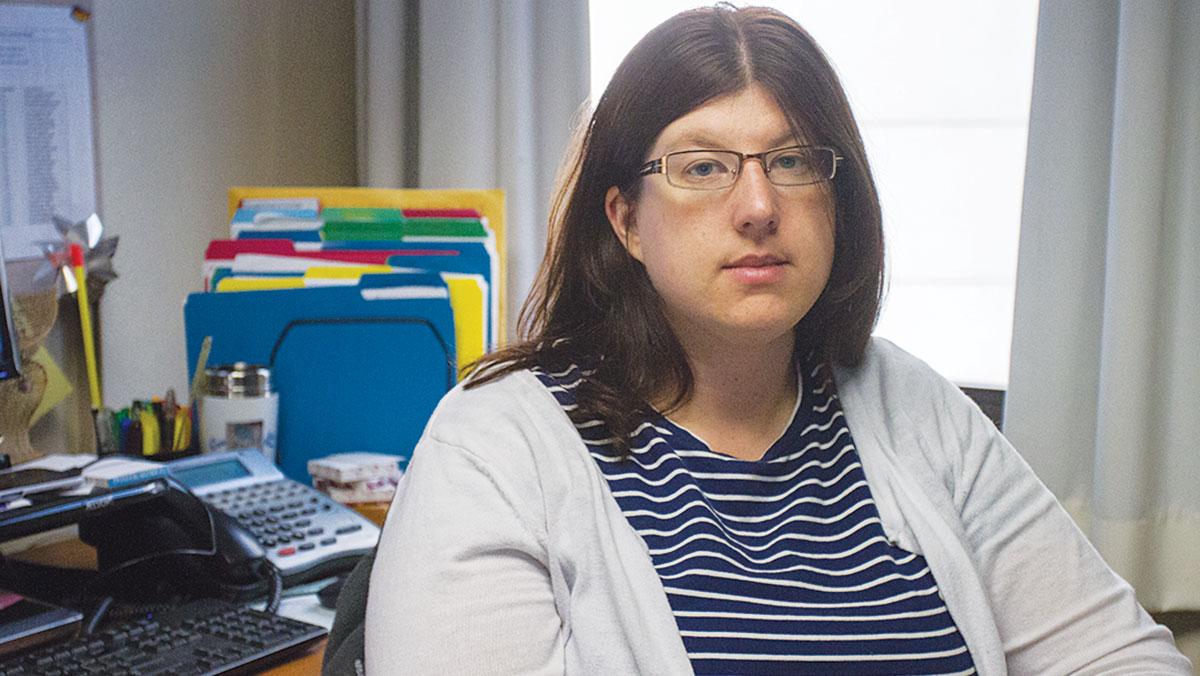 File Photo/The Ithacan
Tiffani Ziemann, Title IX Coordinator, receives complaints of sexual harassment, sexual assault and discrimination at Ithaca College. The office of Title IX will receive an increase in funding for the 2016–17 academic year, the first time it will have a dedicated budget.
By Jessica Ferreira — Staff Writer
Published: April 20, 2016

Ithaca College’s office of Title IX will receive an increase in funding for the 2016–17 academic year. Having previously received money on an as-needed basis, Fall 2016 marks the first time that Title IX will have a cemented budget.

Benjamin Rifkin, provost and vice president for educational affairs, said via email that throughout the 2015–16 academic year, Title IX’s funding totaled approximately $4,000. The budget for 2016–17 will be $11,500, $4,000 of which is going toward programming. The rest of the budget will be spent on faculty and staff training and awareness campaigns, Rifkin said.

Federal and state laws have recently required a designated Title IX coordinator position as well as increased education, which will be accommodated by funding, Title IX Coordinator Tiffani Ziemann said.

“The budget line was created specifically to support the full-time position,” Ziemann said.

The office of Title IX receives complaints of sexual harassment, sexual assault and discrimination at the college.

“We are looking to increase the number of deputy coordinators, both on IC’s campus and the abroad campuses,” Rifkin said.

The increase in Title IX funding has become a national trend. According to the New York Times article “Colleges Spending Millions to Deal With Sexual Misconduct Complaints,” colleges and universities are hiring more Title IX employees as a response to increasing numbers of sexual assault and harassment complaints. In 2011, a federal law was passed requiring all colleges to have at least one part-time Title IX coordinator on campus.

“As need arises, we are understanding that we may need two to three more deputy Title IX coordinators,” Campbell said.

Anne Hollis, Bradley University’s Title IX coordinator, is assisted by two deputy coordinators. Hollis said the university has an as-needed budget but has received $15,000 this academic year. Hollis said although the university is not looking for more positions, a recent Illinois law requires an on-campus confidential adviser beginning Fall 2016.

“We have to figure out how to engage that person now in the system. We probably need to reallocate some things,” Hollis said.

“This needs to be a campus initiative,” Ziemann said. “We’re trying to work with other offices to figure out where we can partner, how can we share, how to share costs and how to make sure we’re doing the most that we can as efficiently as we can.”