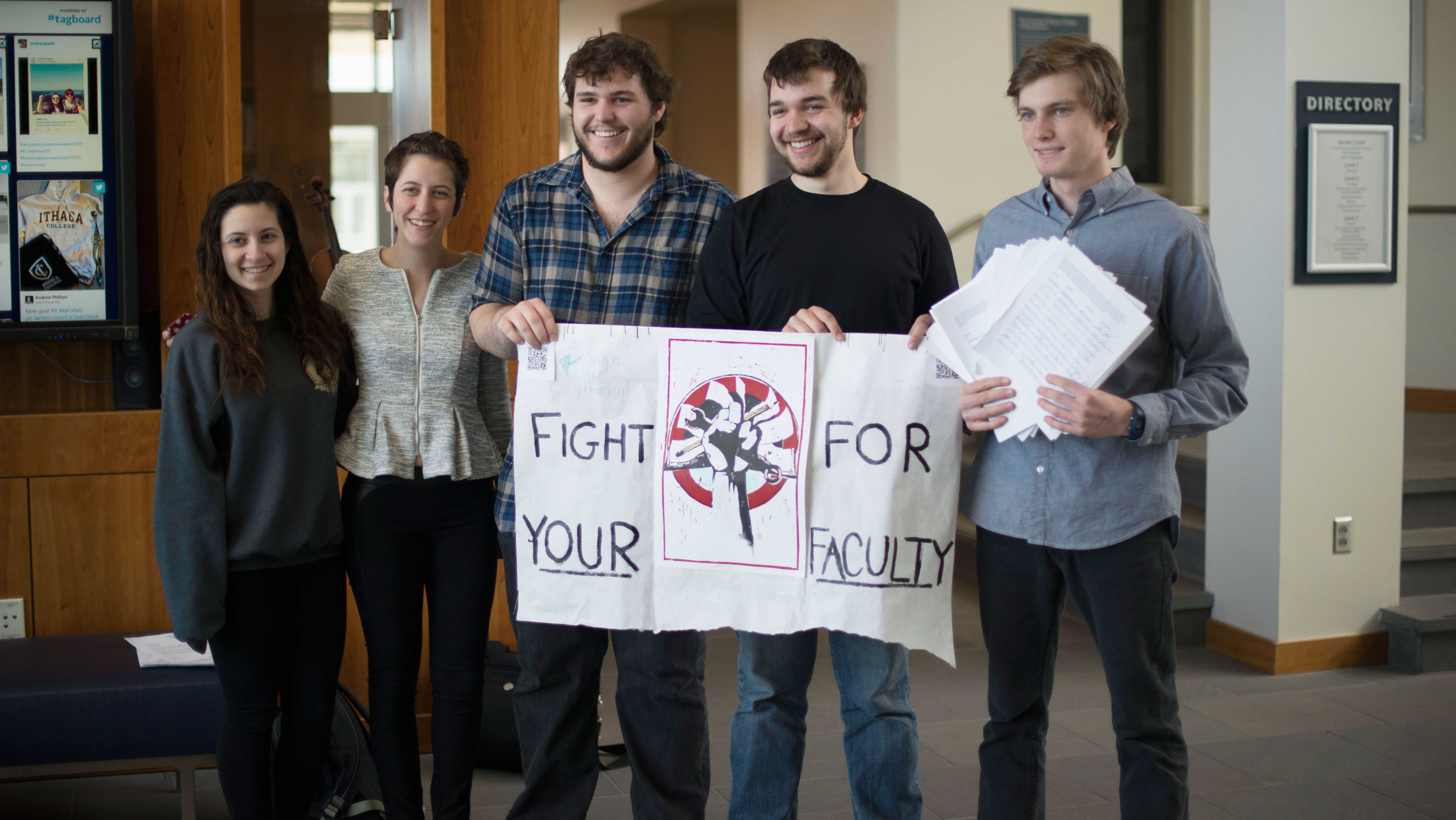 Ithaca College part-time faculty filed their petition with the National Labor Relations Board to unionize April 15.

The Ithaca College Adjunct Organizing Committee met with President Tom Rochon in the Peggy Ryan Williams Center to ask the college administration to remain neutral and allow “for a free and fair election” as they file to join Adjunct Action, a project of the Service Employees International Union, Local 200United. This is part of a recent movement toward unionization among the college’s part-time faculty, who began discussions last spring and began organizing in January.

Prior to the Ithaca College Adjunct Organizing Committee’s meeting with Rochon, five student organizers attempted to deliver a petition containing the signatures of 660 students and alumni to Rochon on the third floor of PRW. The petition calls for “President Rochon and the Board of Trustees to stay neutral and respect the democratic right of our part-time faculty to organize a union without any administrative interference.” After the students knocked on Rochon’s door, Master Patrol Officer Chris Teribury told them to wait downstairs. The students then gave the petition to the adjunct organizing committee to present to Rochon.