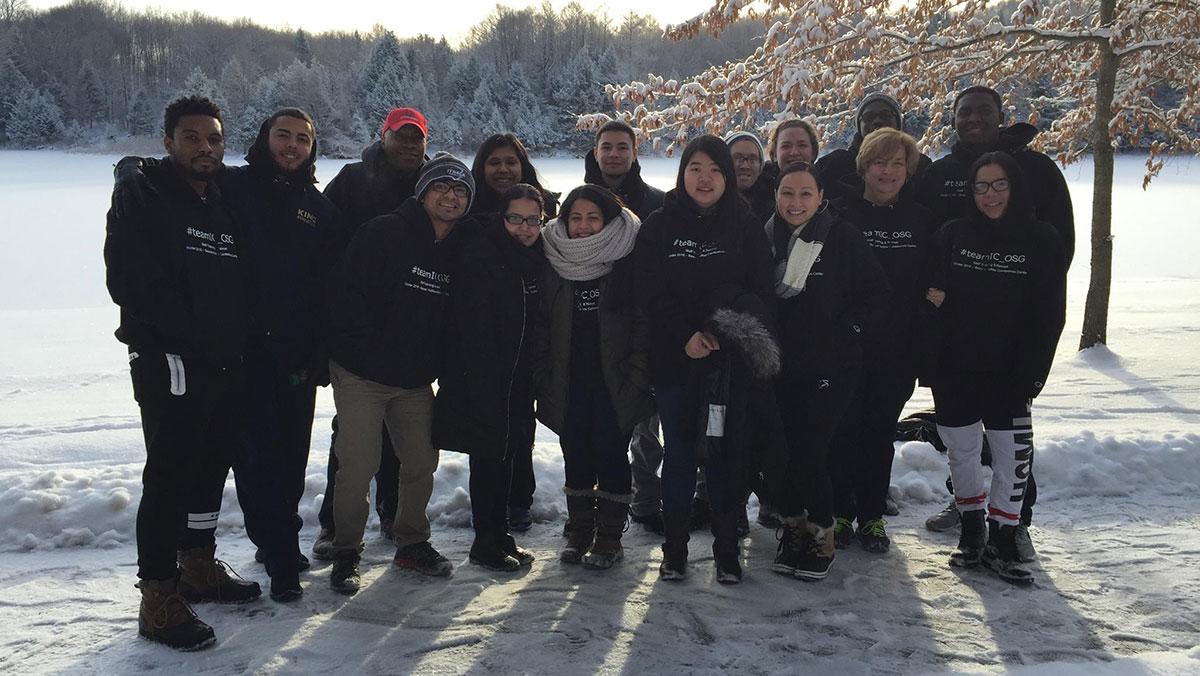 After benefiting greatly from financial aid, many Ithaca College students have been prompted to assist their peers in similar circumstances succeed academically as peer mentors in the Office of State Grants.

The Office of State Grants, located in Rothschild Place, is home of the Higher Education Opportunity Program, a program that supports academically and economically disadvantaged residents of New York state in achieving a postsecondary education.

Junior Omar Stoute benefited directly from the HEOP and now works in the office as a peer mentor for other students in the program. He grew up in a single–parent household with his mother, who died during his sophomore year.

“I was going to go to college without a doubt,” he said. “But the level of college I was going to be able to attend or afford was directly impacted by this program.”

In February, recent graduate Cristian “Alex” Gomez-Perez, Stoute and several other students working with the office attended Advocacy Day in Albany, New York, an event put on by the Commission on Independent Colleges and Universities, to allow for state senators and legislators to meet students who benefit from the office’s resources, which they vote on the budget for. The event is one of many ways in which students in state student aid programs in New York reach out to state officials to advocate for funding. 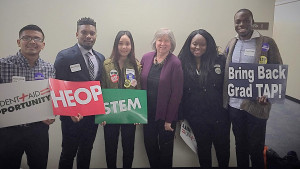 Members of the Office of State Grants attended Advocacy Day in Albany, New York, in February to meet state senators and legislators who vote on the budget for student aid. Photo courtesy of Orlando Kittrell

Stoute, who went to the event for the second year in a row, said he believes his stories and those of his peers really do impact how the lawmakers view student aid.

Kittrell said student advocacy for state student aid programs creates awareness among decision-makers about why funding for the programs is important and awareness on the part of students in understanding how the process of deciding on funding for their programs works.

“You’re looking for champions in the assembly …  in the Senate, in the legislative branch of New York state,” he said. “Advocacy and lobbying — it’s about making those that make decisions, aware of the successes, the struggles of students, who are going to become taxpayers.”

Junior Carlos Grimes, a business administration major, said his peer mentor is important because he is there for students every day and can relate to them on a personal level.

“These peer mentors are kind of like the backbone,” he said. “Some people actually think, ‘Oh, they’re a peer mentor, they’re a student, not many people are going to be OK with opening to student,’ but that’s actually not true. They’re actually better because they’re more relatable.”

Grimes recently took up a management concentration in the School of Business, at the advice of Kittrell, so he could have a better chance of getting into graduate school. One concern Grimes had was affordability. He said he was planning on paying for his GRE graduate school entry exam using money he made at his internship until Kittrell insisted on finding a way for the office to pay for it.

“He’s like, ‘No, just fill out the application, and I will find a way to supply you with the necessary tutoring that you need because if you’re serious about it, we’re going to pay for it,’” Grimes said.

Gomez-Perez is beginning the graduate program for a Masters of Science in Childhood education in June at the college. This fall, he began his job as a peer tutor at the office.

Grimes said out of all the schools he looked at, the college had the best program for him because of the office’s genuine care for students. He said there is no hesitation to help on behalf of peer mentors, peer tutors and staff in the office.