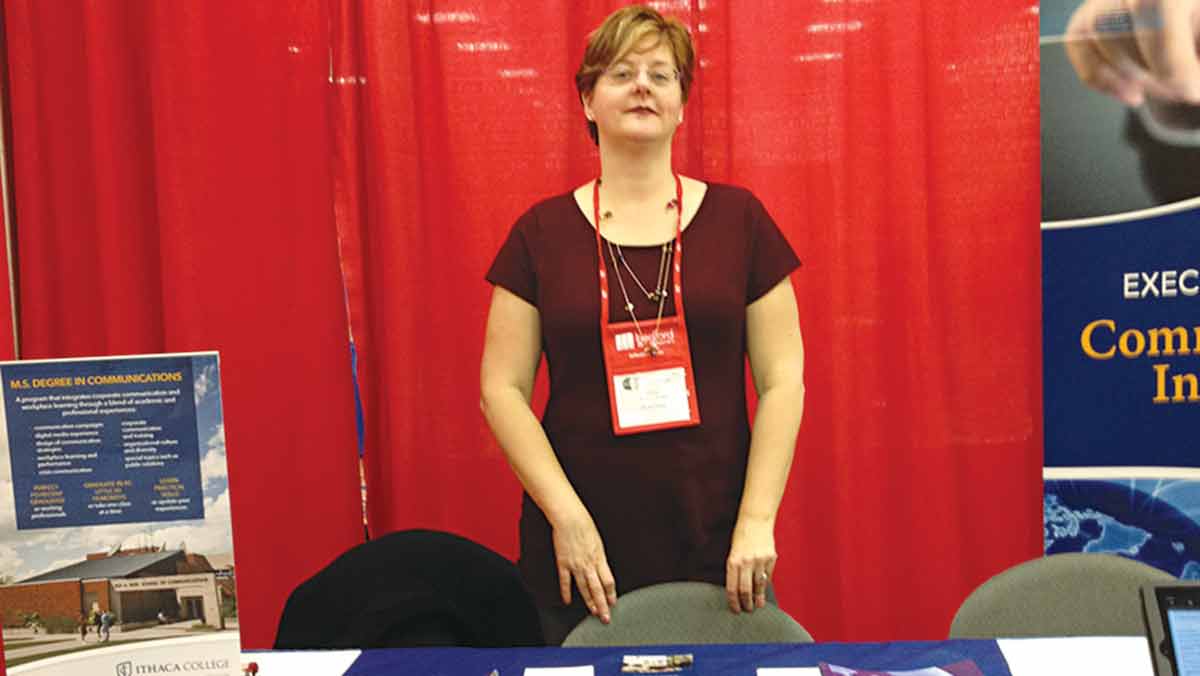 Courtesy of Cory Young
Cory Young, an associate professor and graduate program chair in the Department of Strategic Communication, has been traveling around the world to learn more about culinary communications, and said she is toying with the idea of starting a minor at Ithaca College.
By Grace Elletson — Staff Writer
Published: October 7, 2015

From Tokyo to Italy, Cory Young’s passion for food and communications has brought her around the globe. Currently on sabbatical leave, Young is on a quest to combine these two passions to define culinary communications and how it could potentially become a field of study at Ithaca College.

Her current definition of culinary communications is how the food industry markets and communicates business.

She’s also done research on crisis communication, which she presented in Tokyo, on the Domino’s crisis, when two employees posted a video of themselves defiling food by coughing in it and doing other unsanitary and inappropriate things to customers’ meals.

“My interviewees have said the kitchen is an emotionally abusive environment,” Young said.

She said celebrity chef Gordon Ramsay’s rage is considered normal in the culinary world, and people in the restaurant business are affected by the high-stress environment. This is why Young said she is also analyzing how culinary communications can help make the environment a more enjoyable place to work.

Before Young entered college, she worked in the culinary field as a waitress, caterer and manager of a gourmet restaurant.

Young initially went to Bowling Green State University in Ohio, where she struggled to find her passion — until she took Introduction to Human Communications.

“Something just lit my brain on fire,” she said.

Alberto Gonzalez, now professor and chair of the Department of Communication at Bowling Green, helped Young get into graduate school with full funding. Gonzalez said he knew Young was passionate and needed to continue her education.

“You could tell she had a passion for communication, which won us over,” Gonzalez said, referring to how he was able to get Young admitted as a graduate student.

Young began her career as a visiting associate professor at Kalamazoo University in Michigan but was laid off due to budget cuts.

“I found myself with a Ph.D., unemployed. And I can tell you that that was an interesting experience,” Young said.

Young is now planning a trip to go to Milan, Italy, for another conference about food and design, which will be held Oct. 14–16.

“Because of her, I’m more inspired to actually do more research on the whole industry,” Prater said.

As an integrated marketing communications major, Prater said being able to combine her passion for food with communications would be a great opportunity.

So far, Young has conducted almost 30 interviews and still has 25 more books to read while on her quest to define culinary communications.

“I vow to trust whatever comes up … and I’ve been on an amazing adventure so far,” she said.